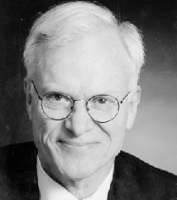 BRIDGES--William Emery 1933-2013. The author, teacher and consultant whose pioneering work on transition transformed the way people think about change, died on February 17, 2013, at his home in Larkspur, California, from complications of Lewy Body Disease. His death was confirmed by his wife, Susan Bridges. He was 79. Through his books, including Transitions and Managing Transitions, his public speaking and the international network of experts he certified to coach people, Mr. Bridges had a global impact upon educators, psychologists, corporate executives, business consultants and non-profit leaders as well as the general public. The Wall Street Journal named him one of the top ten executive development presenters in America. As John Alexander, former CEO of the Center for Creative Leadership, observed, "Bill's contribution was incalculable. He gave us a vocabulary for understanding and talking about change that was entirely absent before. He helped us understand how people actually experience change and what they need to get through it." William Emery Bridges was born in Boston in 1933, the son of Ronald Perkins Bridges and Helen Emery Bridges. He lived as a young child in Maine, Arizona and California. He received his BA in English from Harvard, his MA in American History from Columbia and his PhD in American Civilization from Brown University. He served in the US Army in Germany. He married Ramonda Kump in 1959. Mr. Bridges held the Aurelia Henry Reinhard Professorship of American Literature position at Mills College in Oakland, California, in the late 1960's, when he became interested in the psychology of literature. In 1970, he led a three-week training program in humanistic and depth psychology, bringing some of the era's most influential thinkers together. He would later become President of the Society for Humanistic Psychology. In 1980 he published Transitions: Making Sense of Life's Changes. In it he set forth the idea that, while change was situational, transition was psychological, and needed to be better understood, especially in America where change is both endemic and rapid. Transitions proposed that individuals experience change in three stages: first as an ending, followed by a period of confusion and distress, and then followed by a new beginning. He noted that because Western culture offers few rituals to mark the passage through these stages, people often try to skip from the first stage directly to the last. Instead, he asked individuals to spend time in what he called "the neutral zone" as a way of psychologically accommodating the space between. The book struck a strong chord with readers and it was followed by Managing Transitions: Making the Most of Change in 1991, also a national best-seller and now in its third edition. In 2001, he published The Way of Transition: Embracing Life's Most Difficult Moments, which in part explored the pain of his own transition following the death of his first wife, Mondi, of breast cancer. In 1994, he published JobShift: How to Prosper in a Workplace Without Jobs, which was excerpted and featured on the cover of Fortune Magazine. Exploring the consequences of flattening hierarchies and the disappearance of management jobs that characterized the recession of the early 1990's, Mr. Bridges accurately predicted the explosive growth of self-employment and helped people understand how to prepare for a world in which secure jobs would be increasingly scarce. In the 1980's, he began consulting with individuals and organizations about managing transition. He founded William Bridges & Associates and developed customized training programs for organizations experiencing transition. These programs were conducted worldwide. In 1998, he married Susan Mitchell, a colleague and established leadership development consultant, who joined him as a partner in the business. Mrs. Bridges became President of William Bridges and Associates in 2007. In 2000, Mr. Bridges was approached by Steven Kelban, Executive Director of the Andrus Family Fund, a division of the Surdna Foundation. The Andrus Family Fund makes grants to non-profits working in foster care and community reconciliation. They began a collaboration that Mr. Kelban said has made a substantial difference in helping both young people and damaged communities adapt to change by incorporating transition management principles. Jim Kouzes, author of The Leadership Challenge, noted, "Bill's major contribution was to give us permission to talk about the pain and difficulty of change and acknowledge that it can be very confusing. Americans have shame around pain--success is somehow supposed to be easy. If you're struggling, it's as if you've failed. Bill moved past that relentless optimism and said, yes, you can find real meaning in change but only if you are willing to experience the pain." Tom Yeomans, founder of The Concord Institute, notes that the Emersonian tradition continued to affect Mr. Bridges' work. "Trust informed Bill's process and trust is the core idea of self-reliance--trusting your instinct, what you know, your potential to be more truly yourself, trusting the process of change and moving with it. Bill's work was profoundly consistent, built on the recognition of a deep human pattern, but he found many ways to develop it. Because he remained deeply connected to Emerson and the transcendentalists, he helped open organizations and individuals to the possibility of transcendence." Mr. Bridges is survived by his wife, Susan Bridges, his daughters from his first marriage, Anne Gavin (Curtis Gavin), Sarah Bridges, and Margaret Bridges, seven grandchildren, and his brother, Daniel Bridges. Memorial services are pending. Donations may be made to the UCSF Foundation for the "William and Susan Bridges Neurohospitalist Program Fund B2390" and sent to S. Andrew Josephson MD, Director, Neurohospitalist Program, UCSF, 505 Parnassus Ave, Box 0114, San Francisco, CA 94143.

Published by New York Times on Mar. 3, 2013.
To plant trees in memory, please visit the Sympathy Store.
MEMORIAL EVENTS
To offer your sympathy during this difficult time, you can now have memorial trees planted in a National Forest in memory of your loved one.
MAKE A DONATION
MEMORIES & CONDOLENCES
7 Entries

I really value the work that William Bridges did on transitions. I have used it personally and professionally and it has helped many people. When I didn't know what was happening to me through my transition, Bill put words to it. It was much easier after that. Bill will be missed.
Dee Cascio
March 19, 2013
I never met Bill, but have used his transition model for many years, first in corporate change management, and now with women over 50 who are considering the next chapter of their lives. The concepts transform how people understand what they are experiencing as they let go of thier previous careers and life and venture into the unknown territory of unstructured choices. Thank you, Bill, for leaving us this wonderful way to navigate change! RIP.
Barbara Beizer
March 6, 2013
Runie & David L. Powers
March 5, 2013
Mr. Bridges has been instrumental in my life and my understanding of change. Condolences to his family!
Teresa Escoto
March 5, 2013
I am so sorry to hear of Bill's passing. I have fond memories of him at Thrivent Financial when he so competently and compassionately helped to guide us through our transition at the time of the merger. What a gracious man! I am thankful for all he gave to the world and for the influence he had on my own life - both personally and professionally.
Debbie Jorgens
March 5, 2013
Bill, Our talks, your poetry readings at the ice house will never be forgotten. Rest in peace. My love to you, Dan and family.

Roland Horne
Roland Horne
March 4, 2013
Bill Bridges was a wonderful man, teacher and mentor; he will be missed by many. His insights and teachings for how to navigate change and transition remain a significant influence in my life and work. His legacy includes significant contributions "transforming business as usual into business at its best." Thank you and rest in peace, Dr. Bridges; I was lucky to know you.
Al Watts
March 3, 2013
Showing 1 - 7 of 7 results