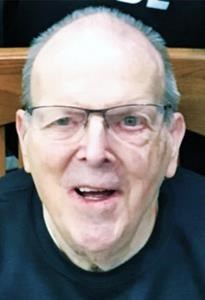 Christopher J Olsen, 85, of Plattsmouth passed away peacefully Wednesday, December 1, 2021. Chris was born August 5, 1936, in Boston, MA. He graduated from Brighton High School and joined the army his senior year. During his time in the army, he met the love of his life, Peg Robb, through a pen pal relationship while he was overseas. They were married June 13, 1959, in her hometown of Detroit.

After a few civilian years, Chris enlisted in the Air Force and he and the family lived in Nebraska, Germany, Maine, and Virginia, before retiring at Offutt AFB in 1977. After retiring from the Air Force, he worked in sales and sales mgt for Liberty Mutual Insurance in Omaha until his retirement in 1998. He was a resident of Plattsmouth and a member of 1st Presbyterian Church of Plattsmouth for over 40 years.

After retirement, Chris and Peg loved to travel and spend time with family and friends. A lifelong voracious reader, Chris was never without a book or word puzzle. He was a gifted card player and he enjoyed playing in Poker and Bridge groups for many years. Chris loved to tell stories and jokes and he had an uncanny ability to recall them with great detail. He loved Christmas and he said he was looking forward to spending this Christmas with his sweet Peg. Christopher J. Olsen was a world-class husband, father, grandpa, brother and friend and the world was a significantly better place with him in it.

Published by Omaha World-Herald from Dec. 3 to Dec. 5, 2021.
To plant trees in memory, please visit the Sympathy Store.
MEMORIAL EVENTS
To offer your sympathy during this difficult time, you can now have memorial trees planted in a National Forest in memory of your loved one.
MAKE A DONATION
MEMORIES & CONDOLENCES
3 Entries
Thank you for your Service May you be Granted Golden wings to carry you on your Journey to a Restful Peace
VFW DISTRICT 10 /FRA BRANCH 276 CHAPLAIN
Other
December 7, 2021
Thank you for your military service
Marc S
December 4, 2021
I have tons of memories of hanging with the Olsens as part of the Plattsmouth Promenaders. OK Everybody Yellowrock!
Carol Kellison Bohanan
Other
December 3, 2021
Showing 1 - 3 of 3 results