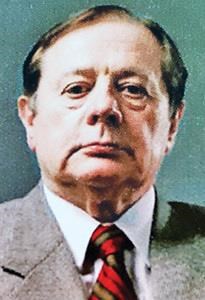 Ercole Cavalieri was born in Milan, Italy, and earned his doctorate in chemistry at the University of Milan in 1962. He came to the United States in 1968 on a Damon Runyon Fellowship to study chemical carcinogens in the laboratory of Nobel Laureate Melvin Calvin at the University of California – Berkeley. Ercole joined the faculty in the Eppley Institute, University of Nebraska Medical Center in 1971 and conducted research into cancer initiation and prevention until his retirement in 2017. He was very proud of his trail-blazing research on the initiation of cancer by polycyclic aromatic compounds (found in all kinds of smoke) and estrogens. His research on estrogens included breast, prostate, and ovarian cancer. He was the founding director of the intercampus Center for Environmental Health and Toxicology at the University of Nebraska. The end of his career was devoted to research on the prevention of estrogen-induced cancers. He was preceded in death by his parents Clelia and Attilio Cavalieri and his sister Graziana Cavalieri. He is survived by his sister Guiseppina Aslani-Cavalieri, his close cousins Alberto, Graziano and Gabriela Gaioni, and his longtime research collaborator and friend, Elli Rogan; and many other friends.

Ercole will be buried with his family in Campagnola, Italy.