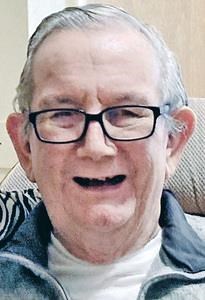 William "Bill" Harder, 88, of Missouri Valley, Iowa, peacefully passed away in his sleep on August 31, 2021. Bill was born to Chester and Florence Harder on January 10, 1933 in Missouri Valley, Iowa where he grew up. After graduating from Missouri Valley High School, he married the love of his life, Elizabeth "Lib" Lytten, on November 9, 1952. Bill and Lib had two beautiful daughters, Deb and Joni, and they were married for over 50 years before Lib passed.

Bill served during the Korean War for the US Army, and after being honorably discharged, he held many positions of employment throughout his life. Bill and Lib spent years traveling, golfing, and going to casinos. He was a collector of all things, priceless and worthless. He loved to entertain (especially the ladies) and never met a stranger.

A private service will be held at a later date. In lieu of flowers, the family requests a donation to a charity of your choice.

Published by Omaha World-Herald on Sep. 4, 2021.
To plant trees in memory, please visit the Sympathy Store.
MEMORIAL EVENTS
To offer your sympathy during this difficult time, you can now have memorial trees planted in a National Forest in memory of your loved one.
Funeral services provided by:
Hennessey-Aman Funeral Home
MAKE A DONATION
Please consider a donation as requested by the family.
MEMORIES & CONDOLENCES
Sponsored by Hennessey-Aman Funeral Home.
2 Entries
Thank you for your Service May you be Granted the Caisson of Honor on your Journey to a Restful Peace
VFW DISTRICT 10 /FRA BRANCH 276 CHAPLAIN
Other
September 6, 2021
Thank you for your service
Marc S
September 4, 2021
Showing 1 - 2 of 2 results