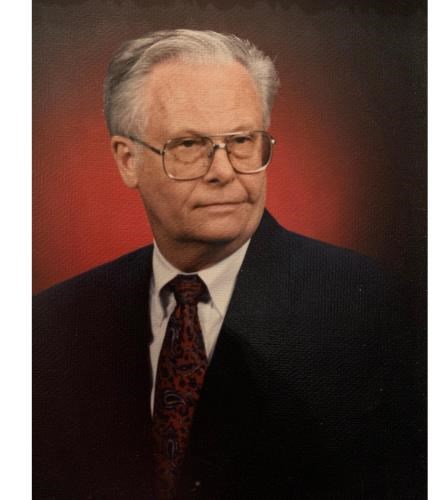 BORN
1932
DIED
2020
FUNERAL HOME
Lord & Stephens Funeral Home - East Chapel
4355 Lexington Road
Athens, GA
1932 - 2020 Kenneth W. Whitten, 88, passed away suddenly on April 8, 2020. He was born February 4, 1932 in Collinsville, Alabama to the late George Andrew and Mary Magnolia (Hawkins) Whitten. He was raised on a farm as the oldest of seven children in northeast Alabama. Ken's parents instilled in him a strong work ethic that served him well growing up on the farm and throughout his career.

Ken received his A.B. in Chemistry at Berry College, M.S in Chemistry at the University of Mississippi, and a Ph.D. in Inorganic Chemistry at the University of Illinois. He taught at Tulane, The University of Southwestern Louisiana, the Mississippi State College for Women and the University of Alabama before joining the University of Georgia faculty as the Coordinator of General Chemistry, a position which he held from 1967 until 1998. During his tenure at UGA, he rose to the rank of full professor, served on many campus committees, and won many awards for teaching including the General Sandy Beaver Award. He was most proud of the chemistry textbook that he coauthored with Dr. Kenneth Gailey and Dr. Raymond Davis, "General Chemistry with Qualitative Analysis." The textbook and its accompanying manuals went on to be widely used in the United States and internationally. His passion for and gift of teaching left a mark on thousands of freshman chemistry students. He found great joy in following his student's future successes in their chosen fields.

Outside the classroom, he loved raising cattle with his brother Pete in Alabama and worked diligently each spring and summer in his backyard garden in Athens. Sharing vegetables from his summer garden with friends and neighbors brought him much joy over the years.

Ken was so proud of his family. He is survived by his two children- Andy Whitten and wife Pilar of Guitiriz, Spain and Kathryn Whitten Bohmer and husband Jim of Charlotte, NC; five grandchildren, Oscar Durden, Sarah and Danny Whitten-Losada and Matthew and Sam Bohmer; 5 brothers and sisters- Peggy Lindsey of Durham, North Carolina, Carolyn Crawford of Fort Payne, Alabama, Pete Whitten and his wife Brenda of Fyffe, Alabama, Katy Woodall and her husband Bobby of Fyffe, Alabama, and Sandra Nolan and her husband Skip of Oklahoma City, Oklahoma; sister in law June Brewer and her husband Buddy; and many nieces and nephews. He was preceded in death by his brother G.A. Whitten and his former wife Betty Jones Whitten.

A memorial service will be planned for this summer. Donations can be made in his memory to the "UGA Foundation," referencing "Whitten Chemistry Teaching Assistant Award" (Mail to UGA Foundation, Gift Accounting, One Press Place, Athens, GA 30602 or give online at www.chem.uga.edu under the "Give Now" button).

Published by Athens Banner-Herald on Apr. 19, 2020.
To plant trees in memory, please visit the Sympathy Store.
MEMORIAL EVENTS
To offer your sympathy during this difficult time, you can now have memorial trees planted in a National Forest in memory of your loved one.
Funeral services provided by:
Lord & Stephens Funeral Home - East Chapel
MAKE A DONATION
MEMORIES & CONDOLENCES
Sponsored by OnlineAthens.com.
8 Entries
You are long gone, but love stays forever!
Missing you and will miss you always!
Y Y
April 20, 2020
I was a student in one of Dr. Whitten's first Chemistry classes when he came to UGA. He was among the best professors I had at the University. He not only taught me the Chemistry content, he also showed me how to be an effective college instructor. He was a great educator.
Patricia Mote
April 20, 2020
Love will never wither in life!
David
Significant Other
April 19, 2020
Dr. Winfield M. Baldwin and his adult children, Susan and Bob Baldwin share our deepest sympathy to the Whitten family on your lost.

Dad was taken back this morning when he read of Ken's untimely passing. Susan and Bob were as well.

Ken was a wonderful friend, neighbor and colleague to Jinx and me. We taught together for a long time and started close to the same time at UGA in 1967.

He called often and also brought us vegetables in the summers. We would see him driving around Cedar Creek and he would always stop and say hello.

He is in heaven with the lord and others who we have recently lost.

Sincerely, The Baldwin family.
Winfield Baldwin
April 19, 2020
Both Drs. Whitten Ken and Betty were an important part of my life at UGA, as they were for thousands of others over the years. I've missed them both a lot over the years, and now I will miss them even more. But I remain thankful for their friendship and support over the years.
John Barrow
April 19, 2020
Dr. Whitten was an inspiring chemistry professor at UGA.
My condolences to all family members and those of the UGA community that were fortunate to have him as a professor.
Jenifer Greene
April 19, 2020
My condolences to all who loved him. I had Dr. Whitten for Chemistry at UGA and have always been thankful for all I learned from him and his kindness.
Louri Roberts
April 18, 2020
Offering our deepest condolences during this difficult time.
Lord & Stephens Funeral Homes
April 19, 2020
Showing 1 - 8 of 8 results