James Young, 95, of Tequesta, passed away on December 29, 2014. Jim was born in Bangor, ME in 1919, the son of the late Dr. William J. Young and Margaret Eleanor Brann Young. He graduated from Yonkers High School and went on to earn a B.S. degree in Industrial Management from Yale University in 1941. From 1944 to 1946, he served as an officer in the Navy assigned to a PT Squadron in Borneo and the Philippines and on the minesweeper, USS YMS 160. Jim began his career in 1941 with the Carnegie-Illinois Steel Corp. in Youngstown, OH, and subsequently worked for Automatic Sprinkler Corporation of America, and American Welding & Manufacturing. Mr. Young was a member of the Youngstown Country Club and served the community as Chairman of the Liberty Township Board of Education, as a director on the boards of the American Red Cross, Friends of American Art and Lincoln Avenue Clinic; as a Republican Party precinct committeeman and as a member of the Sons of the American Revolution. He moved to Tequesta, FL in 1969, to become a full time realtor until his retirement in 2003. Jim, a long time member of Tequesta Country Club, was an avid golfer, bridge player, traveler and reader. He was married for 67 years to the late Mary Elizabeth "Betty" Clegg Young. He is survived by a son, J. Brann Young (Judy) of Canfield, OH; a daughter, Liza Van Horn (Jim) of Pawleys Island, SC; a daughter-in-law, Mrs. Peter M. Young (Nancey) of Edinboro, PA; four grandchildren, Meredith Granitto, Jonathon Young, Lauren Young, and James Young and five great-grandchildren. He was preceded in death by a son, Peter M. Young; a brother Roger C. Young; and a sister Elizabeth S. Cunningham. Memorials may be sent to: Jupiter Medical Center Foundation, 1210 S. Old Dixie Highway, Jupiter, FL 33458 or Hospice of Palm Beach County Foundation, 5300 East Avenue, West Palm Beach, FL 33407. Friends may sign the condolence book by visiting www.northwoodfh.com 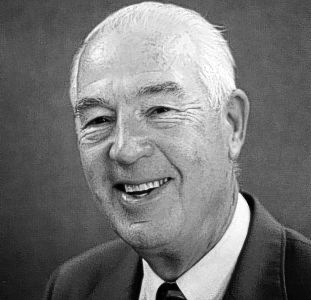 Published by The Palm Beach Post from Jan. 11 to Jan. 12, 2015.
To plant trees in memory, please visit the Sympathy Store.
MEMORIAL EVENTS
To offer your sympathy during this difficult time, you can now have memorial trees planted in a National Forest in memory of your loved one.
MAKE A DONATION
MEMORIES & CONDOLENCES
0 Entries
Be the first to post a memory or condolences.