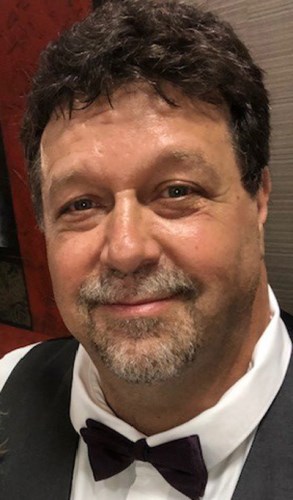 He was born November 11, 1959 in Hopedale to Everett Donald and Joyce Lee Zorn Clark. He married LuAnn Garber on September 7, 1985 in Delavan, and she survives.

Galyn graduated from Delavan High School in 1977 and from Bradley University in 1982.

For 29 years, he owned and operated The Clark Corporation, a commercial general contracting firm headquartered in East Peoria.

He was a member of Great Oaks Community Church in Germantown Hills, where he volunteered his time in the kitchen and nursery.

Galyn was an active volunteer and mentor in wrestling programs throughout central Illinois. His passion for wrestling led him to fund college scholarships for many students.

He enjoyed dirt bikes, was an avid Chicago Cubs fan, and was happiest when spending time with his family at their lake house in Minnesota.

Above all else, Galyn loved his wife, children, grandchildren, sisters and extended family and friends. In return, he was loved beyond measure and will be missed beyond belief.

His funeral will be at 10:00 am Wednesday, September 9, 2020 at Great Oaks Community Church in Germantown Hills. Pastor Dan Baker will officiate. Visitation will be from 4 to 8 pm Tuesday at Davis-Oswald Funeral Home in Delavan. Cremation will be accorded following the services.

Memorials may be made to Bloomington High School Wrestling Club or Great Oaks Community Church in Germantown Hills.

Published by The Pantagraph on Sep. 6, 2020.
To plant trees in memory, please visit the Sympathy Store.
MEMORIAL EVENTS
Sep
8
Visitation
4:00p.m. - 8:00p.m.
Davis-Oswald Funeral Home
121 West Third Street, Delavan, IL
Sep
9
Funeral
10:00a.m.
Great Oaks Community Church
Germantown Hills, IL
Funeral services provided by:
Davis-Oswald Funeral Home
MAKE A DONATION
MEMORIES & CONDOLENCES
Sponsored by Davis-Oswald Funeral Home.
7 Entries
I had a chance to briefly meet Galyn when we both worked on the same construction project last year. We had to work together to solve a fairly important product issue on-site. In the short time I knew him, I found him to be professional, knowledgable, and he cared a great deal about his clients. He was a soft-spoken and easy to get along with, which is a rarity in the construction industry. I saw the news of his passing, and I just wanted to compliment him on the kind of person I found him to be. Rest in peace, Galyn.
Tom Duncan
Acquaintance
September 10, 2020
LuAnn, I am so sorry for your loss. My heart goes out to you and your family. Praying for all of you.
Nancy Birkmeier
Friend
September 8, 2020 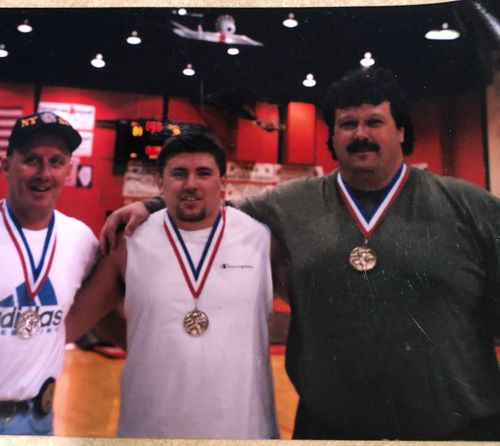 I met Galyn through Steve Maurer. My son, Scotty Schultz really liked Galyn. They all wrestled the Rockford Bad Boys Old Timers Wrestling Tournament. I am so sorry for your loss.
Cathy Schultz
September 8, 2020
I was shocked and saddened hearing of Galyn's death. My thoughts and prayers go out to LuAnn and their children, Denise, Valerie, and Galyn's entire family.

As cousins, we spent more time together in our youth than as adults, but I will always remember him as a friendly, kind, and hardworking family man. I never heard him utter a bad word about anyone or anything, and you'll never find a warmer smile than Galyn's. He will be missed.
Donn (Randy) Shoultz
Family
September 8, 2020
May God bless you and your family in this time of sorrow.
David Bellmore
Friend
September 7, 2020
Seeing this news was very disturbing. I knew Galyn for many years due to a connection with wrestling. He loved the sport immensely. I will miss our conversations and seeing him at numerous events. He was always there to help Kids, coaches and fans. I try to look and see if someone gave more than they took in life and measure them accordingly. He was a giver. I’m sure the Lord has raised his hand and declared him a winner.
JR Friedrich
Acquaintance
September 6, 2020
Gayln had an outgoing personality and enjoyed life. Prayers for his family tocope with their loss
Sheila Sud
Classmate
September 5, 2020
Showing 1 - 7 of 7 results