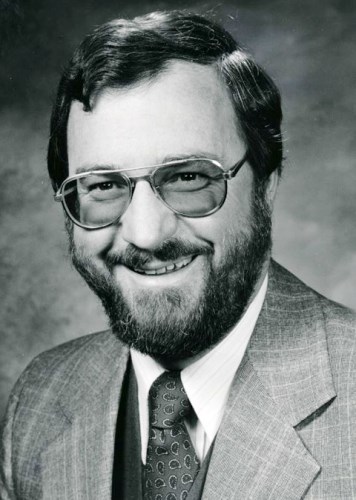 BLOOMINGTON - Henry Arthur Sechrest, Jr., 82 of Bloomington passed away Monday, January 4, 2021 at Heritage Health, Normal with family by his side.

He was born February 18, 1938 in Lawrence County, IL to Henry A. and Mary Sue (Cessna) Sechrest. He married Mildred Wright June 6, 1959 at Shiloh Baptist Church in Bridgeport, IL.

Art is survived by his daughters: Stacey (Darron) Hill of Normal, and Shawn Sechrest of Bloomington; granddaughters: Caitlin (Iain) McElrath and Holly (Shawn) Rhodes; great-grandchildren: Flynn and Asa McElrath. He is also survived by his sisters-in-law: Mary Royse of Maryville, TN, and Cindy Sechrest of Bridgeport, IL; and many beloved nieces, nephews and cousins. He was preceded in death by his wife Mildred, parents and brother Dean Sechrest.

Art graduated with a Bachelor's Degree in Agriculture Communication from the University of Illinois in 1959. After college he worked for the Richland County Extension Service in Olney, IL as farm advisor and started his radio career with WVLN Radio, Olney. In 1966, the family moved to Bloomington where Art worked as public relations manager for FS and later moved to the information division of the Illinois Agricultural Association. In 1978, Art joined the news department of WJBC Radio as farm director. He was glad to be a part of "The Spirit Of McLean County" and sharing with listeners all aspects of the rich agriculture heritage of Illinois. It was during this time he owned and operated Farm Radio Illinois and was a columnist for Woodall's Trailer Travel Magazine.

Art held many prestigious positions and won many awards in his years of being a broadcaster. He was the President of the National Association of Farm Broadcasters (NAFB) and later the group's historian. He was twice named communicator of the year by the NAFB.

Similar honors were awarded to him by the National Corn Growers Association, American Farm Bureau Federation, Illinois Pork Producers, The Illinois Soil and Water Conservation Society and American Soybean Association. In 1984 he won the Mark Twain Award from the Midwest Travel Writers Association.

He continued to maintain friendships, seek adventure and enjoyed being a Pappaw during the 26 years after his radio career ending stroke.

Art was a member of Vale Church of Bloomington for many years, and later attended Eastview Christian Church. He was first baseman for the 1975 Vale Street Baptist Church City Champion Softball Team. He was an accomplished photographer, avid golfer, expert skier and had a short career as a go-cart racer. Art and Mildred visited all fifty states and traveled with a close group of friends who shared their love for camping and hiking and sitting around a campfire.

The family wishes to thank the staff and caregivers of Heritage Health in Normal for their diligent, kind and compassionate care.

Cremation rites have been accorded, East Lawn Funeral Home has been entrusted with arrangements.

Memorial contributions may be made in Art's name to the Illinois State University Foundation, Campus Box 800, Normal, IL 61790-8000. Please designate on your contribution that you wish your gift to benefit the Department of Communication Sciences & Disorders.

A celebration of Art's life will occur at a later time when all can safely attend.

To plant trees in memory, please visit our Sympathy Store.
Published by The Pantagraph on Jan. 9, 2021.
MEMORIAL EVENTS
No memorial events are currently scheduled.
To offer your sympathy during this difficult time, you can now have memorial trees planted in a National Forest in memory of your loved one.
Funeral services provided by:
East Lawn Funeral Home
GUEST BOOK
3 Entries
Shawn, Stacey and family, We are very sorry to learn of Art´s passing. We pray that you find comfort in your faith. Sincerely, Kevin Kingston
Kevin Kingston
January 12, 2021
Shawn and Stacy and family, We were saddened to learn of Art's passing. He was such an accomplished man.. Rex has many wonderful memories of being with Art & Mildred from his times at Uncle Odie's. Art once filmed Rex when he was picking apples at an orchard near Jonesboro, Il. Thinking of you and lifting you up in prayer. Rex and Cathy Reed
Rex and Cathy Reed
January 10, 2021
I knew Art as a very gifted communicator. We are lucky that he chose agriculture as his main subject.
James Shearl
January 10, 2021