BORN
1940
DIED
2019
FUNERAL HOME
Guy & Allen Funeral Directors, Inc.
2959 West 11th Avenue
Gary, IN
Rev. Robert T. (R.T.) Mitchell, 79, of Gary, Indiana was called to his heavenly home on Tuesday, December 3, 2019. He was born on September 18, 1940, in Pittsview, AL, to the late Jessie & Bertha Mitchell. Rev. Mitchell graduated from Glenville High School. He accepted Christ at an early age. In the early 60's, R. T. made the decision to move to Indiana where he would meet and marry the love of his life, Irene Robinson. To this union was born two daughters: Arlene and Artice. He faithfully served as a Deacon at Ebenezer Baptist Church in East Chicago, IN. He received his call to preach in May of 1975. On January 22, 1978, Reverend Mitchell became the proud Pastor of New Revelation Missionary Baptist Church in Gary, Indiana. He remained Pastor until February 29, 2016 after faithfully serving for 38 years. Rev. Mitchell graduated from Moody Bible Institute and Indiana Christian Bible College with a degree in External Bible Study. He is well known for his many accomplishments and services throughout the city, state, and nation. He leaves to cherish his memories his wife of 57 years, Irene Mitchell; his daughters Arlene Mitchell Pearson and Artice (Julius) Ledbetter; his 6 grandsons Robert Mays, Jerrel Ledbetter, Jeremy Ledbetter, Christian Pearson, Ashton Ledbetter, and Isaiah Pearson; three sisters Annie Mae (C.L.) Wright, Mamie (J.C.) Caruth, and Irma Mitchell Works; three brothers Rev. Homer Mitchell, Bragg Mitchell, Howard Mitchell, and a host of loving family and friends. The arrangements for Rev. R.T. Mitchell are as follows: Viewing on Tuesday, December 10, 2019 from 10:00 am - 8:00 pm at the New Revelation Missionary Baptist Church, 3140 W. 21st Avenue in Gary, IN; Family Hours from 6 pm - 8 pm; Homegoing Service on Wednesday, December 11, 2019 at 11:00 am at the Gary Genesis Center, 1 Genesis Center Plaza in Gary. Rev. Edward C. Turner, Officiatant. Interment Oak Hill Cemetery. 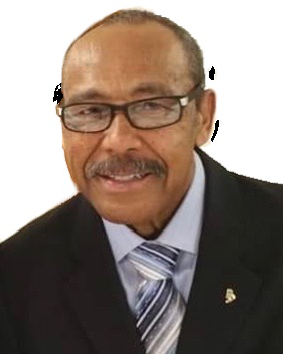 Published by Post-Tribune from Dec. 8 to Dec. 9, 2019.
To plant trees in memory, please visit the Sympathy Store.
MEMORIAL EVENTS
Dec
10
Viewing
10:00a.m. - 8:00p.m.
New Revelation Missionary Baptist Church
3140 W. 21st Avenue, Gary, IN
Dec
11
Service
11:00a.m.
Gary Genesis Center
1 Genesis Center Plaza, Gary, IN
Funeral services provided by:
Guy & Allen Funeral Directors, Inc.
MAKE A DONATION
MEMORIES & CONDOLENCES
27 Entries
May your hearts soon be filled with wonderful memories of joyful times together as you celebrate a life well lived.
John, Elnora, John111 James
December 19, 2019
May God bless you and your family in this time of sorrow.
John, Lenora, John 111 James
December 19, 2019
Reverend Mitchell had a profound impact on our lives, as Spiritual Leader, Teacher, Mentor, and Friend to all members of the New Revelation Family and the wider community he served. While we mourn his physical passing, we will forever celebrate his eternal spirit as a faithful messenger of The Most High and Jesus Christ. The strength of his words, the example of his character, the memories of his kindness, and the legacy of his leadership will endure in our hearts and sustain us until we all meet again in the heavenly realm our Lord has prepared for us!
Fredrick Denham
December 12, 2019
Sister Irene Mitchell:

You and I have been friends for so long that we refer to each other as "Sista Friend." We've been there for each other through pregnancies, your dad baptized our daughter, child-rearing, friends passing, parents passing and, other days.

I'm a witness that losing a parent only hurts those of us who are left behind. You Dad is so loved that SOVERIGN GOD wanted him home to be with HIM. How many times did I hear your dad say that he first studied his Bible at "Fireplace University" under his earthly parents. Just imagine the joy that he is having now in Heaven with GOD and all of his loved ones before him.

Your Dad has fought the good fight and is now receiving his reward! Rest assured that he loved Mrs. Mitchell, whom had dinner with me when she was in town, you and Arlene and that he will always live on your hearts.

Peace & Blessings,
"Sista Friend" Dee
Deirdre (Jones) Nelson
December 11, 2019
May God bless you and your family in this time of sorrow.
Phocia Washington
December 11, 2019
My sincere prayers and condolences to the Mitchell family in the passing of thier love one Pastor R.T.MITCHELL,ma he R.I.P.
Ted Brown
December 11, 2019
Angela Hill
December 10, 2019
Sis. Mitchell and family: Our thoughts and prayers are with you during this time. We will forever cherish the memories of our dear friend and brother. God bless you all.
Rev. Hal & Geraldine McKinley
December 10, 2019
Rest in peace, Pastor Mitchell. You were an incredible mentor and source of guidance, strength, and wisdom through faith during my most formative years. You taught with the voice of God from the pulpit every Sunday at New Revelation, and as a member and a forever student of your teachings, I had the opportunity to grow and learn through faith. Without the firm foundation you and the church provided, I would never have made it where I am today. May God give you a robe and a crown in heaven.
William Greenlaw
Student
December 10, 2019
To my Other Church Family!
Hello, from Kim Parrish Shade!
Sending my condolences on the loss of your dad "Rev. R. T.".
You know that He is resting safely in His arms. I challenge to remember all of the good times your shared with his other Church family - the Parrish's and it'll bring a smile to your face. He is smiling on you and this angel will watch over us all for eternity.
Love to you at this time. I can't be there in person but I want you to know that I care! Love you and until we meet again somewhere in Indiana! LOVE YOU!
Kim Parrish Shade (by way of Mt Zion MBC - Hammond, In) now worshiping and serving dutifully (as we were taught) at
Pilgrim Baptist Church
Fort Wayne, IN
Kim Parrish Shade
December 10, 2019
RIP REV. MITCHELL YOU SHALL BE MISSED
Gwendolyn West
December 10, 2019
Bless the legacy of this great man of God. Rest on servant...well done.
Cynthia Jernigan
December 10, 2019
Farewell Rev Mitchell. A life well lived. You truly will be missed by a host of people, dear cousin. WE shall meet again, under that rainbow bridge that says the STORM IS OVER. Smooth sailing, following seas, the wind at your back, farewell my dear cousin. Until we meet again The Simmons Family, James Jr, and Glenda, James III and Janae Somerset, New Jersey
james simmons
December 9, 2019
May God bless you and your family in this time of sorrow.
Joyce Tinner
Friend
December 9, 2019
We offer our sympathy and prayers.Cherish the memories and the legacy.
Bridges Family
December 9, 2019
To the Family of The Rev. R.T. Mitchell "A pastor with a smile and words that manifested true christiany, thoughtfulness, kindness and above all love".
Dear Lady/Sister Irene "One of Dignity, Respect, High Christian Status of Joy, Peace and Love, Sweet and Adorable daughters, Arlene, Artice, grandsons and all family members.
As some people journey through life, they leave footprints of kindness and love, courage and compassion, joy and faith. Even when they're gone, the trial they've left behind continues to inspire us.
We that God will comfort and care for you while you celebrate the legacy that lives on.
Much Love
Carmen Troupe-Hill, Clark Troupe and Earmon "Pooch" Hill
Carmen Troupe-Hill
December 9, 2019
May God bless you at this time..my family and I are praying with you and for you..God bless..Love you all.
Sarah Upshaw & family
Sarah Upshaw
December 9, 2019
My prayers are woth you and family
Tina Hunt
December 9, 2019
To Arlene and the Mitchell family:
We send continued prayers and the hope of enduring comfort and strength from Almighty God. The greatest of these......is love. 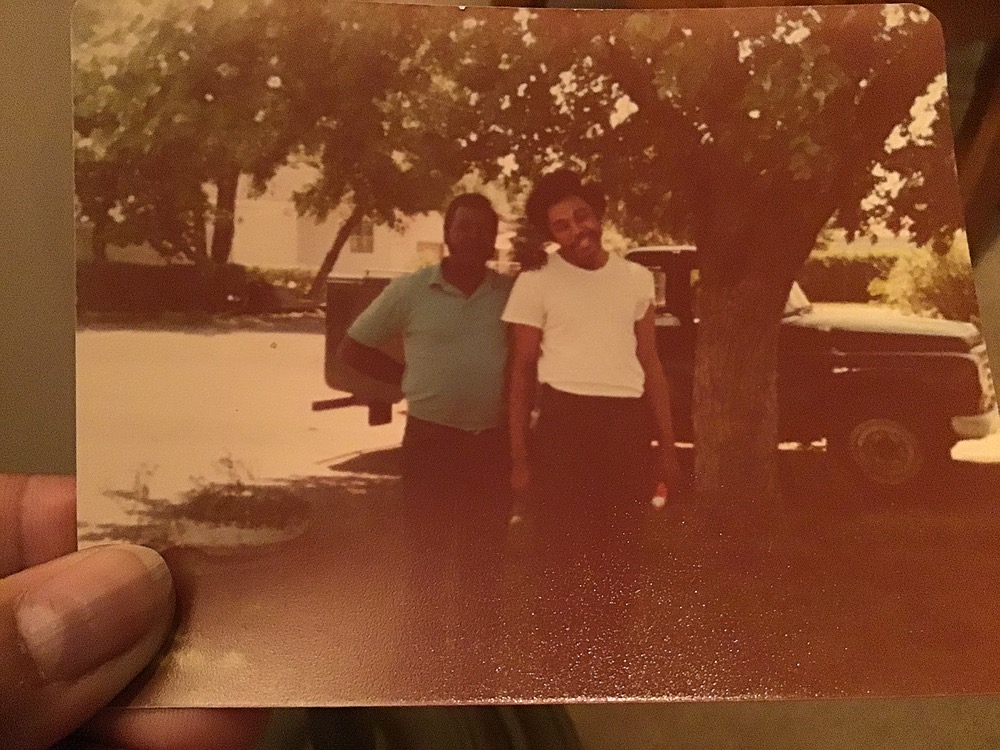 My Dad (Charlie James Dickens) and RT standing in front of our house on Hovey Street, Gary, IN.....back in the day. :)
Patricia Dickens-Johnson
Neighbor
December 8, 2019
So saddened to learn of the passing of Rev. RT Mitchell. We lived just across the alley from the Mitchell family. My parents Charlie James and Magnolia Dickens loved and respected the Reverend and his wife Irene for their heartfelt godly display and reverent surrender to Jesus Christ. They made such a beautiful impact upon our neighborhood and community. Mitchell family, may the Lord Jesus embrace you all in His Tender Arms as you mourn the loss of truly a wonderful servant of God. May he rest in peace.
You are in my thoughts and prayers.
Patricia Dickens-Johnson
December 8, 2019
Prayingfor his immediate family church family and friends .Rev will never be forgotten thanks for your service to God and the community.
Myrtle Mateen
December 8, 2019
My prayers are with you. One of God's best has gone to the place of rest. Sleep on my brother
Marvin Malone
December 8, 2019
In loving memory of a wonderful person. We will love you and miss you always.
Joyce Pompey
December 8, 2019
To Mrs. Mitchell, Artice, Arlene and family, I am praying your strength in Jesus to endure in your moment of beareavement. Mayor Bob as I always called him, was a very civic minded man who openly cared about the citizens in his city. A very kind personable man of God who will be truely missed. May God console your hearts and minds one by one as your beloved take his rest from all his earthly labor.
God bless you Mitchell family.
Min. Hector C. Gary IHS
December 8, 2019
Showing 1 - 27 of 27 results