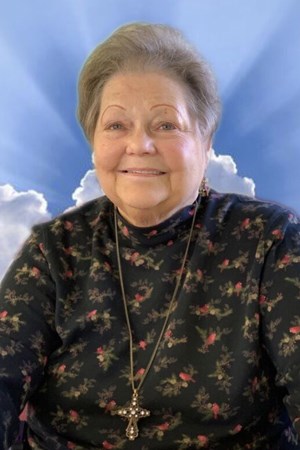 MCALESTER-Sherry Lynn (Havens) Rowe, 74, of McAlester, died peacefully in her sleep on Tuesday, June 29, 2021 in McAlester.

The family will greet friends and visitors from 6:00 p.m. to 8:00 p.m. Friday, July 9, 2021 at Bishop Funeral Service and Crematory in mcalester Oklahoma.

A funeral service will be held 2:00 p.m. Saturday, July 10, 2021 at Bishop Chapel of Memories officiated by Mr. Kelly Benson. Cremation will follow.

Sherry Lynn was born to Melvin and Grace (Faver) Havens on February 26, 1947 in Moline, Illinois. She grew up in Moline and graduated from Moline High School in 1965.

She married Arlon Rowe in East Moline, Illinois on August 28, 1965.

Sherry worked for several years for Jewel-Osco Grocery Store in Moline as a floral designer. She was a talented designer and used her artistic and creative talents to create floral arrangements. The family relocated multiple times across the United States before moving to McAlester in 2000.

Sherry enjoyed bird watching and antiquing. She was a member of North Town Church of Christ.

She was preceded in death by her parents: Melvin and Grace Havens.