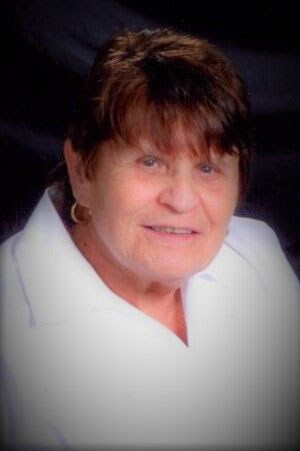 SCOTTSDALE, AZ-Helen Kalomas of Scottsdale, AZ, loving mother and grandmother passed away to the Lord peacefully and surrounded by her children on Tuesday, September 21, 2021. She was 82 years old.

Helen was born in Vounaria, Greece on June 25, 1939. She emigrated to Montreal, Canada with her family and a few years later met her beloved husband, Ted Kalomas. She moved to Moline, IL and married Ted on October 24, 1959 and began her life as a dedicated wife and mother. They settled in East Moline, IL to raise their 5 children. They relocated to Scottsdale, AZ in 1996.

She loved cooking and baking for her family and all family gatherings. She loved spending quality time with all her grandchildren and watching Arizona Diamondbacks baseball. She was preceded in death by her husband, Ted. Helen is survived by her 5 children, Patty Heene and son-in-law Kevin, Deno Kalomas and daughter-in-law Leslie, George Kalomas, Steven Kalomas and daughter-in-law Roni, Athena Jeffrey and son-in-law Damon, 10 grandchildren and 4 great grandchildren. Other survivors include her sister Christina Skopelitis of Canada and brother Chris Lebessis of Scotland, many cousins, nieces and nephews.

There will be a Visitation/Trisagion service on Sunday, September 26 at 5:00pm at Assumption Greek Orthodox Church at 8202 E. Cactus Road, Scottsdale, AZ 85260.

Published by Quad-City Times on Sep. 26, 2021.
To plant trees in memory, please visit the Sympathy Store.
MEMORIAL EVENTS
Sep
26
Service
5:00p.m.
Assumption Greek Orthodox Church
8202 E. Cactus Road, Scottsdale, AZ
Sep
27
Funeral service
11:00a.m.
Assumption Greek Orthodox Church
8202 E. Cactus Road, Scottsdale, AZ
Funeral services provided by:
Messinger Mortuaries
MAKE A DONATION
MEMORIES & CONDOLENCES
Sponsored by Messinger Mortuaries Indian School Mortuary.
2 Entries
Patty - I just learned of your mother´s passing. She was such a kind woman. I will keep you all in my prayers. May her memory be eternal.
Adrienne Yokas Johnson
Friend
September 28, 2021
I remember Helen from work with the East Moline School District many years ago. She was a delight to work with; we both had the same sense of humor! I am holding all of you in my prayers. The loss of your mother at any age is devastating.
Denise DeDecker
September 26, 2021
Showing 1 - 2 of 2 results