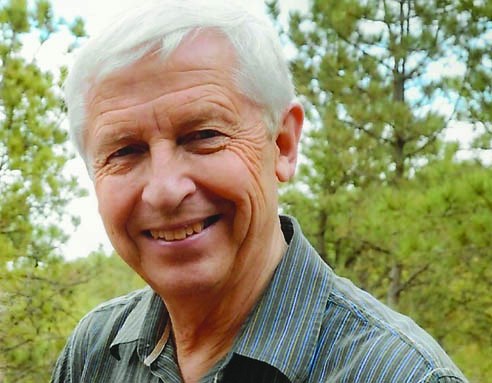 RAPID CITY | Whether you knew him as Rusty, Turbo or Harry the Speed Freak, you were blessed to be in his presence as he always had a smile on his face. We all knew and loved him as our Dad, husband, mentor and hero.

Dale R (Rusty) Rovere, 72, of Rapid City, SD, died peacefully on Saturday, September 11, 2021 at his home surrounded by family after a two-year struggle with ALS. On March 28, 1949 Rusty was first of the three children born to Dale & Beverly Rovere in Deadwood, SD. Rusty attended school in both Deadwood and Winner, SD and enjoyed many memorable summers working on his Grandpa Joe's ranch near Bear Butte. After graduation from Deadwood High School in 1967, he studied at South Dakota School of Mines.

Prior to serving in the Army, you could find Rusty turning wrenches at Eddie's Chevrolet in Deadwood. Upon his return, he studied at Black Hills State University and started working alongside his father in the retread shop at Dale's Tire & Retreading in Deadwood. Dale's Tire moved to Rapid City in 1974 where Rusty worked alongside his late father and two sons diligently to support his family and grow the business for nearly 50 years until ALS limited his ability to work.

In 1972, Rusty met his sweetheart, Jane Gieszler, while she worked at the Covered Wagon Drive-In in Deadwood and they married in 1974. Jane and Rusty had a very loving 47-year marriage and three children: Todd, Michael and Jennifer.

Rusty spent his free time riding motorcycles and snowmobiles all over the Black Hills and tuning Corvettes and Camaros, most recently his yellow '58 Corvette. Rusty was very loyal to the General Motors brand and mostly Chevrolet. Never one to be disrespectful of the law, but out of pure joy for speed, there are rumors of Rusty's not-so-legal drag racing, outrunning the police and maybe an exhibition driving ticket while in his 60's, all done with a smile on his face.

Most Saturdays, Rusty (Harry the Speed Freak) could be found at Southside Service in Deadwood chatting with friends and seeing what speed parts were being installed that day. On Sundays during the winter Rusty (Turbo) met his friends at Trailshead Lodge for the breakfast confessional on who cheated the most that week before riding Mallow Camp to see whose sled was really the fastest. He proved he was the fastest when he won the King of the Hill at the West Yellowstone Snowmobile Expo in 1994.

If you could stud it, mill it, port it, polish it, bore it, stroke it, change the spring rate in it, gear it, turbo it, super charge it or add more boost to it, you can bet your behind Rusty did it. If you could make it look stock while doing it, even better.

Rusty helped his boys make their toys go faster (as well as his own) and supported sending his daughter to college even though it was a long way from home. He passed on his love of manual transmissions to his all three children. The only thing Rusty loved more than speed was spending nights by the fire with Jane and their beloved cat, Boo.

Rusty was loyal to his employees, customers, competitors and the manufacturers he purchased tires from. If Rusty expected more out of his employees or manufacturers, it wasn't for the bottom line of the company, it was to take care of his customers. He was never afraid or unwilling to share his knowledge of the tire business or anything mechanical except when it came to winning races.

Published by Rapid City Journal on Sep. 15, 2021.
To plant trees in memory, please visit the Sympathy Store.
MEMORIAL EVENTS
Sep
19
Celebration of Life
2:00p.m.
at his home
SD
Funeral services provided by:
Behrens-Wilson Funeral Home
MAKE A DONATION
MEMORIES & CONDOLENCES
Sponsored by Behrens-Wilson Funeral Home.
5 Entries
Rest well my brother! Thank you for your military service !
Joel Welch
October 14, 2021
We are deeply sorry for you loss! What a wonderful man and friend. I was blessed to be able to cut his hair for years.miss you Rovere family. May God comfort and bless you.
Davie and Ed Seaver
September 18, 2021
Dear Mike and family, please accept my thoughts and prayers for your dear father Rusty. I was blessed to call Rusty a friend for the last 20 years. We would share stories about cars, snowmobile´s and what was going on in America and the world. We both shared a love of the chopped beef steak at Longhorn steakhouse. I pray that God will bring you comfort and continue to bless you and your family. Until we meet again in heaven my friend.
Jim Peterson
Friend
September 17, 2021
Always enjoyed Rusty when he would stop by the dealership, thoughts and prayers to the Rovere´s
Mark Bennett Menholt Chevrolet
September 15, 2021
Condolences, Thoughts and Prayers to the Rover family. Rusty was a true South Dakota legend and will be missed! I am blessed to have known him and great memories snowmobiling!
Bob McLaughlin
Friend
September 15, 2021
Showing 1 - 5 of 5 results