Peter Maximilian "Sarge" Falandes
FUNERAL HOME
Johnson Funeral Home
104 Bridge St
Shelburne Falls, MA
CHARLEMONT - Peter ""Sarge"" Maximilian Falandes, 72, of Charlemont passed away peacefully on April 29, surrounded by his loving family. Born In Hackensack, New Jersey, he was the son of Maximilian and Katherine (Kott) Falandes.
Peter moved to Charlemont with his parents shortly after his father completed his service during WWII, and resided there for the rest of his life. He was raised on the ""family farm"" along with his 4 sisters, and later raised his 5 children in the same house. He was a 1962 graduate of the Charlemont High School, and attended UMASS Amherst.
He enlisted in the US Army during the Vietnam War. He served as an Army paratrooper during that time with the 6th and 1st Special Forces Groups (Airborne) and with the 46th Special Forces Group (Airborne), doing 2 tours of duty in Southeast Asia. Peter was very proud of his service. His Green Beret was hard earned and priceless.
Upon returning home from service in Southeast Asia, he met the love of his life, Gladys Bardwell. They married in November of 1969, and raised 5 children together. Around the same time, he became employed by the Boston & Maine Railroad as a Fireman, and shortly thereafter was promoted to Locomotive Engineer. He was well known and well liked on the Railroad, and was known by the ""good dispatchers"" for getting his train over the road. He retired in 2004. After retirement, he and Gladys traveled the country numerous times together, always keeping Las Vegas, with the Soldier of Fortune Convention, and other Casinos in their itinerary.
Peter was a member of the Special Forces Association, The American Legion, The Veterans of Foreign Wars, The Eagles, The Western Mass Rod and Gun Club, and the Brotherhood of Fireman & Oilers, later the Brotherhood of Locomotive Engineers, Division 112. He was an avid hunter, fisherman, target shooter, and gardener. He also managed the family Christmas tree farm, bringing happiness to many people's living room every December.
Peter was extremely proud of his military service in one of America's elite commando units, his reputation as an excellent Engineer, and of his family. He greatly despised anything he could label as communist.
To his best friends and brothers-some gone, some still here-Paul, Frank, Spooky, Buddah, Bam-Bam, Doc, Jorje, Ben, Pop, THE LT (there was only one real LT), Al, JD, Bruce, and the Desert Rat, as well as other brothers in arms, those who wore the green beret, and those who did not, that He can't remember or didn't know, he loved you all, and missed you all year until the annual SOF convention, which he looked forward to every year. You will always be in his heart, for the love you gave to ""Sarge.""
The Only thing Peter loved more than his brothers in arms were his blood family. The Meanest Man in the Valley had the biggest heart in the world. He is survived by his loving wife of 47 years, Gladys, his sisters Susan, Annie and her husband Larry, Alice, and Helen, as well as his children Sheila-Rose, Roger, Maximilian and his partner Sharon, Andrew, and James and his wife Dawn, as well as his Grandchildren Samual, Joshua, Alexander, Jolene, Peter, Micheal, Carla, and Olivia. He was especially known for doting on his grandchildren.
Another Paratrooper has made the final jump towards Valhalla, and heaven will be a safer place for it, with Peter and his brothers in arms there.
Calling hours will be held on Friday, May 5 from 6 to 8 PM at Johnson Funeral home, 104 Bridge Street, Shelburne Falls, MA.
A liturgy of Christian Burial will be held on Sautrday, May 6 at 11:00 at St. Joseph's Church, Ashfield St, Shelburne Falls, MA.
Burial will follow in the family cemetery in Charlemont. In lieu of flowers, donations may be sent to the Disabled American Veterans or the Wounded Warrior Project.
Published by The Recorder on May 3, 2017.
To plant trees in memory, please visit the Sympathy Store.
MEMORIAL EVENTS
To offer your sympathy during this difficult time, you can now have memorial trees planted in a National Forest in memory of your loved one.
Funeral services provided by:
Johnson Funeral Home
MAKE A DONATION
Please consider a donation as requested by the family.
MEMORIES & CONDOLENCES
12 Entries
ThaNK you for your service. Healing thoughts and good memories go out to Pete's entire family. He will be missed by all whose lives were touched by him.
"Chickie" Bennett
May 22, 2017
Memories came flooding back to me as I read about Peter "earning his wings" It is "part of life" as they say but it never gets any easier to loose a family member or friend... May your days to follow be filled with many stories and memories of Peter and as I remember him his antics!!! May you join together as a family and enjoy each others company!!! Cyber Hugs to all Your "Charlemont Neighbor."
Susan Strong(Avondo)
May 6, 2017 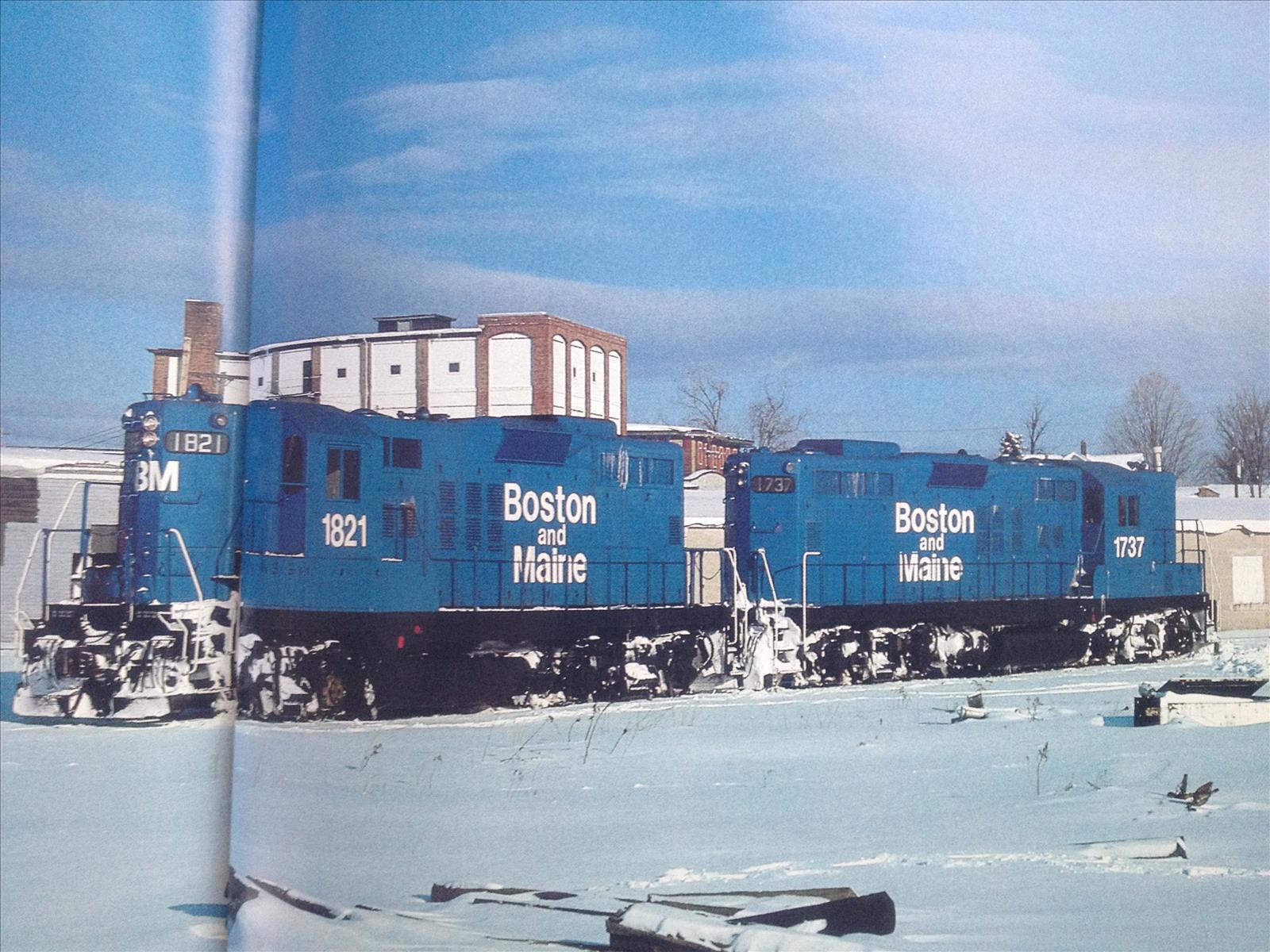 Gladys, my sincere condolences to you and you family. Always liked Pete and we did the same job on the ole B&M as engineers. Also did two tours in the Nam with the combat engineers, so me and Pete has something in common to talk about usually at the engine house at all times of the day and night going on or off duty. It hurts to see a brother fall so early but I guess God has everybody's number.
Rest in Peace my friend my brother....
Jack Heselton
May 5, 2017
My heart goes out to Peter's wife and family. I'm so glad I got to see and talk to him at our 50th class reunion in 2012. Thank you for your service to protect all of us. RIP my dear classmate.
Sandra Albee Lancour
May 4, 2017
Thinking about Peter, or Pete as he was known in our class of '62, Charlemont High School. My heart goes out to his loving family -may your memories give you peace as you mourn your loss.
Cheryl Henderson Fish
May 4, 2017
We of the "Old Railroad Wheels" will remember Pete as a member of the "A Team". The mission was paramount, and Pete was always equal to the task.
Tom and Peggy Coughlan
May 4, 2017
Thank you for your service, and the fine examples you displayed in life as a husband, father, co-worker and friend to all those who crossed your path. Thoughts and prayers to you and your family. Rest in peace.
John Law
May 4, 2017
Gladys, my condolences to you and the family. Pete was a good neighbor, as are you all. May he rest in peace.
Joe Cafferty
May 3, 2017
To the True Warrior Hero who helped inspire me to put on a uniform, do my duty, never quit and be humble of my service. In the immortal words of Winston Churchill, "Never was so much owed by so many to so few." God bless you Uncle Pete and your 173rd Airborne Brigade, when you get to heaven you will already have earned your wings and even though the streets will be guarded by Marines when you walk by they will lower their arms and salute the Sky Soldier with the silver wings and Green Beret.
Donald Morin
May 3, 2017
I hope you can get hot hot wings in heaven.
I will miss you.
Christine Hicks
May 3, 2017
Rest in peace Peter, and thank you for your service to the USA.
Gary Clark
May 3, 2017
Peter and his family lived up the Rd from me. I had a swimming pool in the back yard. When we were out there swimming, Peter would go by my house in a train and honk the horn....He was an awesome guy. And that mustach wow. Will always have a place in my heart. Along with his family.. R.I.P Peter....
Donna Taylor, Gordon
May 3, 2017
Showing 1 - 12 of 12 results