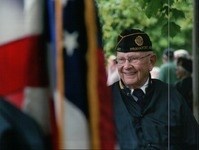 BORN
1925
DIED
2021
FUNERAL HOME
Jowett Family Funeral Home
803 Forest Avenue
Frankfort, MI
Frank Jack Muehlmann
Frankfort, MI
May 21, 1925 - January 30, 2021
Frank Jack Muehlmann, 95, passed away on January 30, 2021 at Munson Hospice of congestive heart failure. Jack was born in Frankfort May 21, 1925 to John Carl and Violet May (Van Colen) Muehlmann. His early years in Frankfort and Arcadia were spent with cousins and friends rambling the countryside.
During the Depression his father got a job at Fisher Body and the family moved to Detroit where they shared a house on the East Side with lifelong friends, the Williams, including their daughter Betty Jane who was as close to Jack as a sister could be. Jack graduated from Cass Tech High School and enlisted in the U.S. Navy. He served in World War II in the Seabees in the Aleutian Islands before joining an Underwater Demolition Team in the South Pacific.
After the war Jack attended college on the GI Bill and graduated from the University of Detroit in business. He also spent the post war years making up for lost time sailing his wooden Lightning sailboat on Lake St. Clair and joining a ski patrol at Mt. Tremblant in Quebec.
Jack worked in Finance at General Electric, Chrysler and General Dynamics.
Jack met his first wife Norma Bonds, an Oklahoma beauty, on a hiking club outing. They spent years remodeling a cabin on Bogie Lake and Saturday nights on the dance floor at the Elks Club in Pontiac. Norma died in 1982.
Jack met his second wife Jean Carr on a cruise to Alaska, where they discovered they lived only 20 miles from each other. Jack and "Juneau Jean" married in 1987, and Jack began to show Jean the wonders of Up North, first with a cottage at Lower Herring Lake and then with a move to Frankfort. They continued to travel the US and spend time at Siesta Key. He told an interviewer once that "Jean was the best thing that ever happened to me, and a lot of good things have happened to me." When Jean died in 2009 Jack moved to Michigan Shores.
Jack was active in the American Legion in Frankfort, serving on the honor guard and cheering on the Lions from the bar on Sunday afternoons. Because of his finance background, he was tapped as Treasurer of many organizations. He was an accomplished artist working in watercolors, charcoal and pen and ink. Jack volunteered at the Benzie Area Historical Museum.
Known to many as Magoo, Jack had a warm smile, a gentle nature, and a devilish sense of humor. Like his father he liked everyone but had no patience for blowhards and showoffs. His homes always included a dog or cat, each of which seemed to have been chosen for their distinctive personalities.
Jack is survived by his brother Lee Muehlmann (Sarah Thompson) of Lake Ann, stepdaughters Judy Vaughn of Livonia, Barbara Cheger of Wayne, and Joy (Raymond) Sloan of Greenbrier, TN, numerous grandchildren and great grandchildren, a niece and nephew.
Cremation has taken place. A graveside service with American Legion Honors will be Saturday August 21 at 2 pm at Blaine Township Cemetery. Please practice social distancing. Bring a chair if you would like, as seating is limited. Following the graveside service, light refreshments will be provided for friends and family of Jack at the American Legion Post 221 in Frankfort, MI. In lieu of flowers donations may be directed to American Legion Post 221 in Frankfort, MI or to the Benzie Shores District Library in Frankfort. Arrangements by Jowett Family Funeral Home.