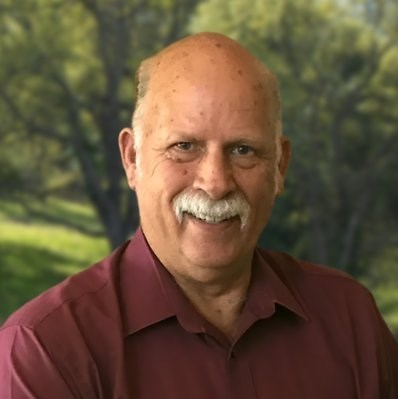 Redding - It is with great sadness that the family of Robert Whitman (known to all as "Pastor Bob") announces his sudden passing on January 23, 2019, at the age of 67. Bob was a devoted husband to Mindy (née Blay) and a loving father to his two sons, Tim and Jon.

Bob was well known in his community for his generous spirit and acts of service. He went out of his way to help anyone in need without expecting anything in return. Bob also served as a pastor of several churches in Northern California, including Cottonwood Assembly of God, where he pastored for 28 years and spearheaded the building of a new worship facility before retiring in 2013.

Bob loved building. He built his own house, and after getting his formal contractors license, Bob started Whitman Construction, engaging contracting work in Redding and beyond.

An avid outdoorsman, Bob served for many years as the president of the Mt. Lassen Assemblies of God Camp in Mineral, California. Bob's favorite outdoor pastimes included hunting elk and deer, RV camping with Mindy and the grandkids, snorkeling and scuba diving in Hawaii, and fishing for Mahi Mahi in Mexico.


Published by Redding Record Searchlight from Jan. 31 to Feb. 1, 2019.
To plant trees in memory, please visit the Sympathy Store.
MEMORIAL EVENTS
Feb
2
Celebration of Life
2:00p.m.
Cottonwood Assembly of God
20404 Gas Point Rd, Cottonwood, CA
Funeral services provided by:
Allen & Dahl Funeral Chapel
MAKE A DONATION
MEMORIES & CONDOLENCES
Sponsored by Allen & Dahl Funeral Chapel.
10 Entries
It's with great sadness that I have to be writing my condolences for Robert Whitman. I met Bob in approximately 1968. He rode his motorcycle with my brother's.Bob was my apartment manager for 9 years. I couldn't have hand-picked a better rental manager. He was always quick to tend to needed repairs.I did a Google search to find him and sadly I found this shocking and sad news.My prayer is that the family and close friends of Bob have found/or find "the peace of God that excels all thought" as we all look forward to seeing our resurrected loved ones again.
Darla White
February 25, 2019
Pastor Bob was a wonderful man. He will be dearly missed.
Kim, Barb, Josef Pedersen
Laurel, Montana
Barb and Kim Pedersen
February 2, 2019
I have known Pastor Bob for over 25 years. He was a very God loving man, devoted husband to his soul mate wife Mindy, and a wonderful role model to his two sons. He was kind and giving to all and had a great sense of humor.
Linda Young
February 1, 2019
He was the best pastor I ever had and there no one that can take his place. He and his family will always have a Special place in my heart.
February 1, 2019
I've known Pastor Bob for years. He was a blessing to all who knew him. He will be greatly missed.
February 1, 2019
In loving memory of a wonderful person. We will love you and miss you always.
February 1, 2019
Deep sympathy to the family. Bob was a special good godly man and will be greatly missed. He was so giving and kind. We will always appreciate what he did for us. Love and prayers to the whole family.

Doug & Donna McLain
January 31, 2019
I knew Bob for only one year. He was referred to me by a mutual friend to complete a bath remodel in my new RB home. I have to say, he was Gem of a Man and I was privileged to know him. He often spoke of his faith in God and how he took comfort in knowing he'd someday arrive at a "better place." He clearly had a giving spirit and was not afraid to work hard and even go the extra mile without any expectations.
May God Bless his family
Rest Peacefully, Friend
Randy Franklin
January 31, 2019
We will greatly miss Bob, as a pastor and friend. He was such a kind and generous man. He was always there for us, In death, weddings, surgeries and many other times through out the years. Our sincere condolences and love.
Pat & Kaye McLeod
January 31, 2019
May the love of friends and family and your faith in God carry you through your grief. We are really saddened by the loss of such a nice man. We have nothing but pleasant memories of Bob.
Bob Brown
January 31, 2019
Showing 1 - 10 of 10 results