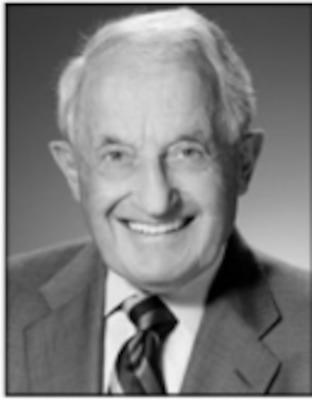 Gaming pioneer, rancher, good friend, and beloved father and grandfather John J. Ascuaga passed away quietly at home on June 28, 2021 at the age of 96.

John and his twin sister, Rose, were born to Spanish Basque immigrants Jose and Marina Ascuaga on the family farm in Caldwell, Idaho on January 7, 1925. They were the youngest of the couple's four children. Jose and Marina raised their family during the Great Depression, and while times were difficult, they instilled in their children the importance of faith, family, and a work ethic.

John attended high school in Notus, Idaho, where his yearbook fortuitously predicted: "He would own the biggest gambling den in Reno." Following high school, he served a brief stint in the army and was stationed in Japan during the US Occupation.

A life-long believer and supporter of education, John received a bachelor's degree in accounting from University of Idaho in 1951 and a degree in hotel and restaurant management from Washington State in 1952.

During college summers, John met Dick Graves while working as a bellhop at the Shore Lodge in McCall, Idaho. Graves admired Ascuaga's energy and hired him as food manager for his Coeur d'Alene operations soon after he graduated. In 1954, when Idaho declared slot machines illegal statewide, Graves relocated his operations to Nevada, and Ascuaga followed. Graves named Ascuaga general manager of the Sparks location that opened with a 60-seat coffee shop and a few slot machines on March 17, 1955.

In the late 50's John met his future wife Rose Ardans, a French Basque from Eureka, Nevada, and he was smitten instantly. He proposed on their third date, and they married June 15, 1958. They formed a true partnership for 62 years and were only parted by her death on Nov. 28, 2020. They had four children: Camille, John L., Michonne and Stephen.

The family resided in Sparks until 1970, when they moved to Jack's Valley Ranch near Genoa. The 1,250-acre ranch was the perfect place for John to pursue his life-long passion of cattle ranching and the Hereford breed. John also ran cattle on property he owned in Smith, Nevada and Bridgeport, CA, and each November, he would lead a cattle drive from Bridgeport to Smith. Friends who joined him on these memorable treks said they never ate better and they enjoyed playing poker and No Peek'm long into the night.

By 1960, Graves wanted to retire, and he sold the Nugget to Ascuaga with a handshake. Ascuaga agreed to pay $3.75 million over twelve years, which he paid off in seven.

A constant presence at the Nugget, Ascuaga was the affable and accessible face of his business. He walked the casino and restaurants in his signature cowboy boots multiple times a day, greeting guests with a smile and a handshake. He had the gift of making everyone he met feel special. When he met a guest a second time, he would likely know and use their name. One of his most endearing qualities was his ability to not take himself too seriously and to have fun. This was demonstrated in one memorable television ad campaign, where he sat in the hotel's hot tub in his full business suit declaring it "perfect".

He was just as accessible to his employees, many of whom received a special nickname that he would use throughout their tenure. He had a way of making employees feel like part of his family, always asking after their family members and keeping track of their children's successes.

Ascuaga was also a visionary who helped pioneer special events as a drawing card for both local and regional patrons. Launched in 1989, The Best In The West Nugget Rib Cook-Off continues to be a hugely popular event every Labor Day.

Many long-time residents of Reno-Sparks remember with fondness the two performing elephants - Bertha and Tina (then later, Angel) - who were part of the Circus Room's (later the Celebrity Showroom) roster of talent. The elephants were a key element in the family atmosphere that Ascuaga actively promoted.

Ascuaga was most proud of the annual scholarship program, which helped over 700 students from around northern Nevada attend college. He hosted a celebratory luncheon for the scholarship winners and their parents and proudly displayed the recipients' photos at the casino. Ascuaga also supported Catholic Charities, providing holiday meals at St. Vincent's Dining Room for nearly 60 years.

Services will be held at St. Teresa of Avila Catholic Church, 3000 N Lompa Ln, Carson City, NV at 10 a.m. on Tuesday, July 13, 2021. A reception celebrating John's life will take place at the Peppermill Resort Reno, from 5 to 7 pm that same day. We ask those who are not vaccinated to please wear a mask.

Walton's Chapel of the Valley is trusted with arrangements. 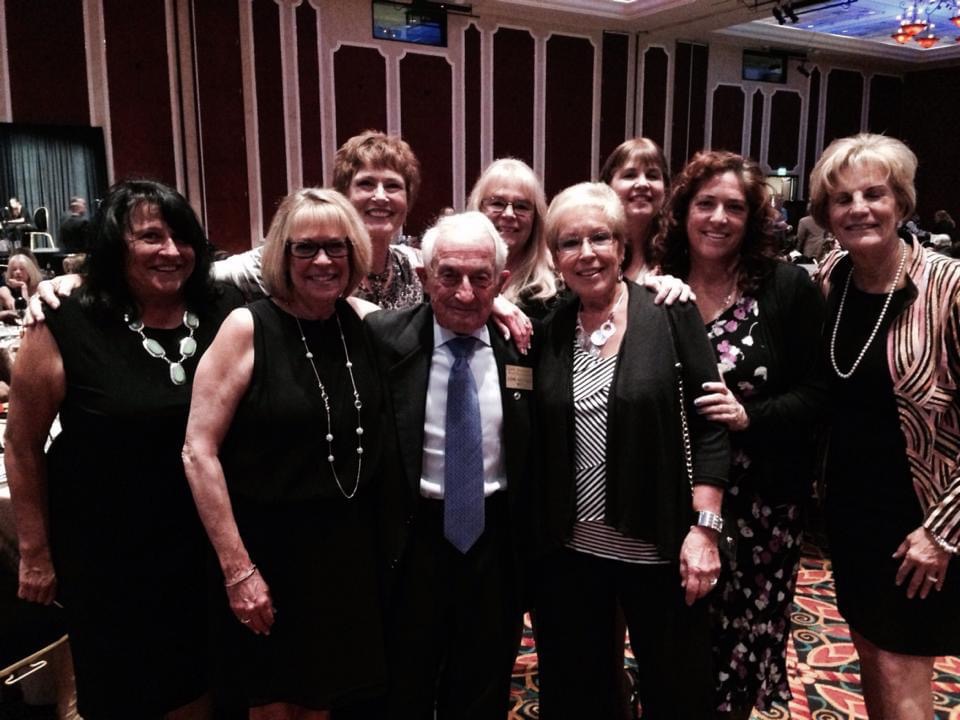 Our sincere condolences go out to the whole family. I am honored to have known and worked for John for 32 years. All of us will deeply miss him and I think Sparks should name a street after him
Bob and Barbara Murray
Work
July 7, 2021
I worked for the Nugget for 40 years Mr Ascuaga he was always fair and treated us right .
george stowell
Work
July 7, 2021
Please accept my sincerest condolences.
Robert Marquart
July 7, 2021
I was opening my store in Smith Valley at about 6:00 a.m....I looked up and there was John in a double JA Land and Livestock truck with 20 to 25 brand new bicycles in the back. One bicycle for each of his farm and ranch worker's children. I have known John for years and I can say, without a doubt, he may have been short in stature, but cast a very long shadow. He will be missed.
Robert Martin
Friend
July 6, 2021
So very sad to hear! I had the pleasure of meeting him many years ago - what a pillar in our community! The Nugget was never the same without you! Rest easy, sir....
Kim
Work
July 6, 2021
So sorry for your loss. I loved working for you all at my time at the Nugget. Mr. A. sir, was an inspiration to many people. My nickname was Queenie. I have many fond memories and so do many others. Love to you all.
Lynda Murdock
Work
July 5, 2021
Despite being small in height, John Ascuaga was a very tall man. He made customer service a speciality, along with treating employees with respect. I was one of hundreds, if not thousands of people that benefitted from his strong support of education. My appreciation, gratitude & respect rides high in the saddle for him, which he himself did with his entire life. God bless John Ascuaga.
Tom Lorentzen
July 5, 2021
My family and myself were devastated to hear of John's passing. It was an honor to know him and to work for him. He always treated me and my family as his own and I am blessed to have known him and I will miss him dearly. I will always have a special place in my heart for John.
Beverly Jones
Work
July 5, 2021
Northern Nevada lost an icon, a business leader and a very good man. Few make the impact he did on their community and we were lucky and blessed that he called this home. God Bless him and his family.
Thomas Bordigioni
July 4, 2021
I'm so sorry to hear this, he was such a wonderful, caring and thoughtful man. He gave so much of himself in all he did. I will remember him in my prayers and in my thoughts of his family and all who knew him. great man!
Kathy Neal'Compton
Work
July 4, 2021
Very sad to see this. My sympathy to all.
Steven Dawson
Other
July 4, 2021 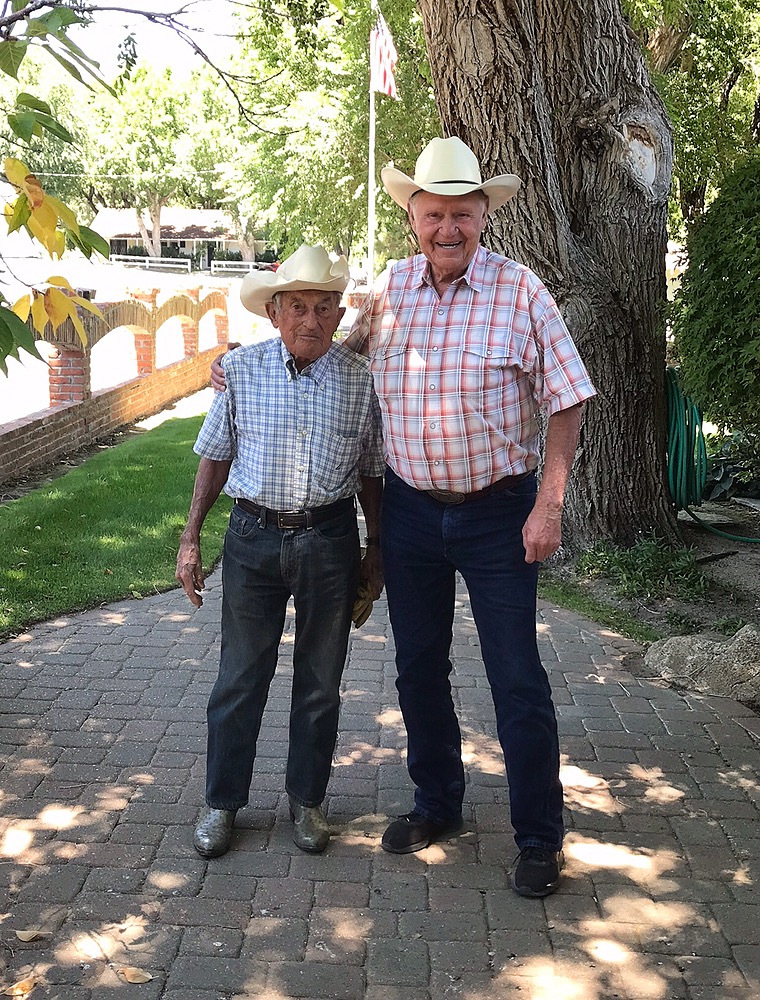 Our deepest sympathy to the family. We will miss his calls, hearing of the daily activities at the ranch. He was full of energy and whit. To say he was a great man is a understatement. We will miss him terribly.
Kathi Turner
July 3, 2021
Our prayers and thoughts are with you at this difficult time. Many wonderful memories are stored in our minds of the experiences we had at Jacks Valley Ranch with your family.
Lloyd, Susan, Brent and Brian Danielson
Work
July 3, 2021
John - you are a man of such incredible faith, generosity, loving kindness, and fantastic wit I wish your children deep comfort in their time of grieving. Michon and Steven may you feel the love and gratitude this community has for your parents and for you. Holding you and your families close in heart for strength and peace. . Much Love, Terri - St. Teresa of Avila Catholic Community
Terri Antoci Domitrovich
Other
July 3, 2021
So sorry for the family´s loss as well as the community´s. Such a great generous man. Sparks high grads will never forget your kindness
Mary Fenton
Other
July 3, 2021
Michonne, Stephen and families, I am so very sorry for the loss of your Dad. But I know he's with your Mom now and I hope that brings you some comfort. He was such a great man.
Linda Cassinelli Wicksten
Friend
July 3, 2021
Your presence was just a part of The Nugget so it was natural that your name be part of the casino. My parents played the slots when it when we were kids and the place wasn't more than a coffee shop. What incredible drive and enthusiasm! We love you and feel pretty sure God does too.
Patricia L Thomas
Other
July 3, 2021
Showing 1 - 36 of 36 results