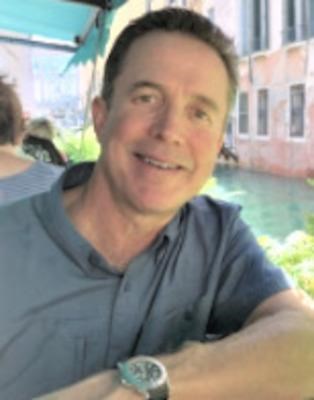 Randy was born and raised in Reno, NV and attended Wooster High School. After high school, he received an associate degree in fire science from TMCC. He worked for the City of Sparks Fire Department for 35 years, starting at the age of 21 and becoming a fire captain at the age of 28. He retired in February 2015.

He met his wife of 37 years, Allison, in April 1982 on a blind date. They were married November 5, 1983 in Reno, NV and welcomed their son, Lane, in 1985. Their daughter, Aubree, was born in 1989. Randy and Allison enjoyed spending time at the Bussa cabin at Topaz Lake and traveled after his retirement in 2015 to various places including Italy and Alaska. Over the last few years, they enjoyed spending time with their three grandchildren.

Randy had a love of outdoor sports. In the winters he could be found snowboarding at Mt. Rose, and in the summers, he would spend time at his beloved family cabin at Topaz Lake, water-skiing, air-chairing, and barefooting. He shared this love of sports with his children, and especially bonded with his son over snowboarding, waterskiing and fishing at Topaz Lake. Randy and Lane called Topaz their "happy place" where they shared a passion for the lake and having family together.

Randy was known for his kind heart and devotion to family. He was a dedicated husband and father who worked tirelessly to provide a loving and joyful life for his family. We will forever think of Randy during family dinners as we listen to Frank Sinatra and enjoy good red wine.


Published by The Reno Gazette Journal and Lyon County News Leader from Mar. 26 to Mar. 28, 2021.
To plant trees in memory, please visit the Sympathy Store.
MEMORIAL EVENTS
To offer your sympathy during this difficult time, you can now have memorial trees planted in a National Forest in memory of your loved one.
MAKE A DONATION
MEMORIES & CONDOLENCES
15 Entries
The Bussa Family,
Hoping that you are comforted by memories, the caring of others, and healing power of time. So sorry for your loss.
Randy you are sorely missed, Rest In Peace.
With love,
Rosie and Family
Rosemarie Iveson Evans McCartin
Rosemarie Iveson Evans McCartin
Family
April 17, 2021
Much love to the entire Bussa family. The loss is great, the memories are beautiful, and the love will endure. Prayers for comfort and strength for Allie, Aubrie, Frank, Joan and Diane.
Cindy Leath
Friend
April 8, 2021
Ralph and I especially want to express our sympathy to Frank and Joan on the passing of their son. Our sympathies also are extended to the rest of his family. You are in our thoughts and prayers.
Nancy and Ralph Manfredi
Nancy Manfredi
Friend
April 7, 2021
Randy was one of kindest people I have known and touched the hearts of so many. May you rest in peace, Randy. Love and prayers are with your family.
JoAnne Hill
Friend
April 1, 2021
Allison, Frank & Joan, Aubree, Kellie, Estelle and Family,
Treasured with a love beyond all feeling. Missed with a grief beyond all tears. My heart goes out to each of you, so sadden to hear of Randy passing. He was a very special, kind, and loving soul that made everyone better just by knowing him. Randy will be sorely missed. I am so sorry for your loss.
My sincerest and deepest condolences and sympathies.
Rosie
Rosemarie Iveson
Rosemarie Iveson
Family
March 31, 2021
Randy was a kind and gentle soul, whom always could make you smile just by giving his beautiful smile. He is sorely missed. Randy, go with God and Rest In Peace.
Rosemarie Iveson
Family
March 30, 2021
Frank, Joan, Allison, Aubree, Kelly and Estelle,
Our hearts are breaking hearing about Randy. He was such a very special guy and will be dearly missed. You all are in our prayers. With heartfelt sympathy,
Tracy and Sherrylee Holland
Sherrylee Holland
Family
March 29, 2021
I visited SFD Station 2 in December 1995 a few days before my new hire interview, hoping to learn a little bit about the department. Randy answered the door and invited me in. We sat down and began to talk. When Randy found out I grew up in Pacifica, Ca. he got excited. He told me that he stayed in Pacifica while his daughter was undergoing treatment in San Francisco for a medical condition. Randy and I talked for an bout an hour. I didn't learn a lot about SFD that afternoon but I learned a lot about Randy and his daughter. It was amazing how he spoke from the heart to a total stranger.

It was an honor and a privilege to work with Randy for 20 years. My sincere condolences to his family. Randy, thank you for being you. I miss our talks at morning shift change and the updates on Aubree's condition...and that vintage Toyota truck. Rest in peace my friend!
Steve Georgeson
Coworker
March 29, 2021
My heart breaks for Randy's family. Randy was one of a kind. Randy was the most kind generous person I know. Heaven has gained an angel. I am so sorry for our loss. May God bless you and your family.

Vickie Vaughn
Friend
March 28, 2021
I'll miss having conversations with you as you walk by my house. Every time I look across the way and see that big white house I will think of you.
Rob Houston
Neighbor
March 28, 2021
Every time I water ski I think of my cousin Randy teaching me to ski at Topaz. “Knees to your chest, arms straight, tips up”. He was so patient. May you Rest In Peace
Shelly Luke
Family
March 27, 2021
I will always remember his first day at the Sparks Fire Department. His always present smile and his laughter. His quick wit and the ability to
learn new tasks rapidly. His close personal relationship with his crew.

Later, I would come to know his kindness and devotion to the people that called us for help. He always tried positively influence the outcome of some really rough situations.

I introduced Randy to his future wife and immediately knew that they were right for each other. I will miss seeing him at the "Old Timers" lunches and retirement parties. Always had a good time when Randy
was in the house. I will miss him a lot. Rest in peace my friend.
Tim Busch
Friend
March 26, 2021 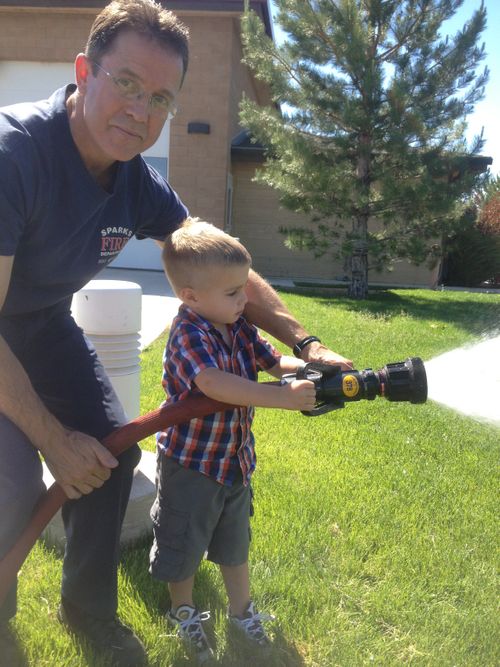 We will miss you Randy.
Jeffery Partridge
Coworker
March 26, 2021
RANDY , WE ARE MISSING YOU A GREAT DEAL , LIFE WILL NEVER B E THE
SAME WITHOUT YOU.WE NEVER GOT TO SAY GOOD BYE AND YOU WILL LIVE ON IN OUR HEARTS FOREVER,LOVE YOU MOM AND DAD & KELLI
Frank & Joan Bussa
Father
March 26, 2021
I'm sorry to see you left us so soon; but I know you must be at peace now. You will be missed by so many.
DEBBIE HOWARD
Family
March 26, 2021
Showing 1 - 15 of 15 results