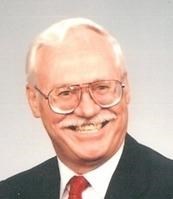 BORN
1934
DIED
2021
FUNERAL HOME
Fitzgerald Funeral Home & Crematory LTD - Riverside Chapel
3910 N Rockton Ave
Rockford, IL
Robert "Bob" E. Ash 1934—2021
Robert E. Ash "Bob" died May 5, 2021. He was 86 years old. He has been a resident of Rockford, Illinois since June, 1984.
Bob Ash was born October 26, 1934 at West Union, Iowa, the first child of Robert Lincoln Ash and Edna (Olesen) Ash Hassler. He graduated from Oelwein High School (Iowa) in 1953. He participated in football, wrestling and track. He was an all-state track athlete setting a number of records, one of which survived for over fifty years. He particularly enjoyed history, thespians, and the school newspaper. On January 2, 1955 he married his high school sweetheart, Sharon Rae Linder, at the First Presbyterian Church, Oelwein. He graduated in 1957 from Upper Iowa University, Fayette Iowa with a major in business administration and a minor in history. In 1967 he earned a Master of Divinity degree from McCormick Theological Seminary. In 1975 he received a Master's of Science in Education from Northern Illinois University. Bob spent the first seven years of his working career with a major oil company in Minnesota and Wisconsin, receiving several awards for Salesman of the Month. In 1964 he entered McCormick Theological Seminary with the goal of combining his business experience and a religious education into a calling of Industrial Chaplaincy. After seminary he worked in a Chicago settlement house where he was Business Manager and provided services to the elderly. This set his vocation direction for the rest of his career. In 1969-1971 he served as pastor in the Fox Valley Parish in Sheridan, Illinois. After two years, he resigned his parish to lead the Fox Valley Older Adult Service; an aging service program that he had organized for the perish, and never looked back. Bob and his wife, Sharon, who worked at his side throughout his vocational calling, helped to organize and inspire ten senior citizens clubs across northern Illinois traveling to communities large and small with their message of organization and self help. For two years he served as pastor of Itasca United Methodist Church while continuing part time work on his master of education at Northern Illinois University. In 1976, he became the founding President and CEO of Oak Crest, building a new continuing care retirement community in DeKalb, Illinois. In 1984 he was recruited to serve as President and CEO of Wesley Willows Retirement Community in Rockford, Illinois. He served in that position for sixteen years. Wesley Willows received the EAGLE and the CCRC accreditation under Bob's leadership and also became the first long term care health organization to adopt technology in Rockford. He served for many years on the board of directors of the Illinois Association of Homes for the Aging, including a term as President, and on the board of directors of the American Association of Homes and Service for the Aging. While working at his vocational calling, Bob, along with his wife, organized and led multiple adult education groups aimed at self improvement. Bob found time to participate on the boards of numerous community organizations ranging from visiting nurses, to counseling centers, to service clubs. He was a member of Rockford Rotary Club with over 32 years of perfect attendance; he also served two terms on the board of directors and chaired numerous committees. After retirement, Bob reinvented himself as a Family Historian and Genealogist. He specialized in Military History. He served on the board of directors of the Winnebago and Boone Counties Genealogical Society, and for many years wrote a column for the society's newsletter. His first ancestral progenitor to America was William Dennison, Sr., who arrived in 1630 from England. The first Ash progenitor, Michael Esch, arrived in Pennsylvania from Germany about 1740. His maternal line Progenitor, Hans Christen Olesen, arrived from Denmark in 1970. Bob served for eleven years as president of the Rock River Valley Civil War Round Table leading it from eight members to over one hundred members. He continued to serve many more years as Vice President. He lectured on the Civil War, family history and genealogy through northern Illinois and southern Wisconsin. Bob also found time to participate in a Great Books Discussion Group. Although he suffered from the residual effects of an auto immune disease contacted in 1988, he continued his lifelong habit of Yoga and physical exercise. He enjoyed nature walks, music, and theater with his wife. He had a life-long intellectual curiosity and read extensively in many disciplines. His personal library contained more than 4,500 volumes. Although he continued to buy books he was very familiar with and used technology for his research and reading. A favorite quote which sums up Bob's life is by Thomas Jefferson: I cannot live without books. Bob and his wife enjoyed their 66 years of marriage and just being together. Bob especially enjoyed his children and grandchildren, and sharing holidays with his family. Bob's ethical legacy of vision and values for his family includes – Live a life filled with love and work, family and health, competence and culture. He corresponded (e-mail and text) regularly with his out-of-state grandchildren; and found time to frequently visit his aged mother (101 years old) in Iowa. He is survived by his wife, Sharon Rae Linder Ash and three children: Robert Lincoln, Georjan Rae (Timothy Jones), William Collin; his four grandchildren: Samuel R. (Therese) Adams, great granddaughter Olivia, Wyatt D. Adams, Brian B. Ash and Colin J. (Kelly) Ash; his sister Geraldine Marion Ash Frisch and several nieces and nephews. He was predeceased by his parents and brother-in-law Kenneth Frisch. Thank you to Wesley Willows staff and Hospice who supported the family at the end of Bob's life. A private memorial service will be held by the family. Interment will be at Woodlawn Cemetery, Oelwein, Iowa. Memorials may be given to Wesley Willows Rockford, Illinois or Upper Iowa University, Fayette, Iowa. Fitzgerald Funeral Home & Crematory, Riverside Chapel, 3910 N. Rockton Avenue, Rockford assisted the family. To send online condolences, please visit www.fitgeraldfh.com.

Published by Rockford Register Star from May 7 to May 16, 2021.
To plant trees in memory, please visit the Sympathy Store.
MEMORIAL EVENTS
To offer your sympathy during this difficult time, you can now have memorial trees planted in a National Forest in memory of your loved one.
Funeral services provided by:
Fitzgerald Funeral Home & Crematory LTD - Riverside Chapel
MAKE A DONATION
MEMORIES & CONDOLENCES
Sponsored by Fitzgerald Funeral Home & Crematory LTD - Riverside Chapel.
1 Entry
Sharon and I send our sincere condolences to you and your family on the passing of your father. May many fond memories help you thru this tough time.
Tim and Sharon Kyzivat
Friend
June 2, 2021
Showing 1 - 1 of 1 results