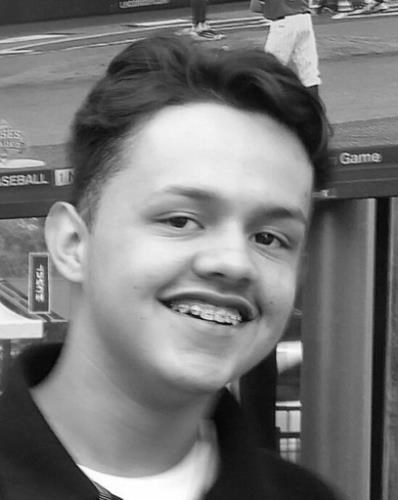 BORN
2000
DIED
2016
FUNERAL HOME
Memorial Murray Mortuary
5850 South 900 East
Murray, UT
Paris Anton Gustin
2000~2016
We thought of you with love today, but that is nothing new. We thought about you yesterday, and days before that too.
We think of you in silence, we often speak your name.
All we have are memories, and your picture in a frame.
Your memory is our keepsake, with which we will never part.
God has you in His keeping, we have you in our hearts.
A million times we`ve wanted you. A million times we cried.
If love could only have saved you, you never would have died.
It broke our hearts to lose you. But you didn`t go alone.
For a part of us went with you... the day God called you Home
Paris Anton Gustin, the young man known for his infectious, beautiful smile, died July 5, 2016. He had just turned 16 a month before his life was tragically and unnecessarily taken from him. Paris was born on June 5, 2000 in Salt Lake City to Ashley Victoria Gustin. Paris was her everything.
Paris was a very loving and caring person. He loved to make people laugh with his witty humor. His heart was enormous, especially for his mother, grandmother and father. He loved playing football, working on his car, hanging out with friends and most of all spending time with his very large family. He was an integral piece of his family unit and he will be very missed.
Paris is survived by his Mother Ashley Gustin, Grandmother Victoria Wyasket, Father Michael Begay, his many Aunts, Uncles and Cousins and by his little "brother" Smokey, his Min Pin.
A Funeral Mass will be celebrated Monday, July 11, 2016 at 11:00 a.m at Our Lady of Guadalupe Catholic Church, 257 North 700 West, Salt Lake City. Viewing/Prayer Service will be held Sunday July 10, 2016 from 6-8 pm at Murray Memorial Mortuary, 5850 S 900 E, Murray. Interment with be at Elysian Burial Gardens at 1075 E 4580 S, Millcreek followed by a luncheon at the church.
Published by The Salt Lake Tribune on Jul. 8, 2016.
To plant trees in memory, please visit the Sympathy Store.
MEMORIAL EVENTS
Jul
10
Viewing
6:00p.m. - 8:00p.m.
Memorial Murray Mortuary
5850 South 900 East, Murray, UT
Jul
11
Funeral Mass
11:00a.m.
Our Lady of Guadalupe Catholic Church
257 North 700 West, Salt Lake City, UT
Funeral services provided by:
Memorial Murray Mortuary
MAKE A DONATION
MEMORIES & CONDOLENCES
Sponsored by Memorial Murray Mortuary.
18 Entries
I love you p your names living through me know that, and we only up from here❤
Friend
May 26, 2021
Watch over us p dawgg! Even though you're gone we still need ya
July 2, 2019
i need you p
May 21, 2018
i love you p
March 22, 2018
miss you p! love you baby boy
alaysha cordova
May 1, 2017
Miss you P, hope you're having fun up there..
September 7, 2016
Rest in eternal peace, Paris. Watch over the countless people in this world who loved and adored you. You will never be forgotten, and your death will not be in vain. The heavens are brighter now, because they have you. Thank you for your incredible impact in the world. West High panthers for life! Rose Park family 801! West side pride!
August 19, 2016
My heart is with all of Paris' family and friends. I am so sorry for all of you in this tragic time.
Holly Walker
July 11, 2016
My sweet, sweet nephew. Life will never be the same without your beautiful smile to brighten up the room. You were everything good in a world that can be so bad. I was always so proud of you! I believed in you and I know you knew that! I just knew that someday you would grow up to do all you said you would do! You were gonna be successful, get married, become a father and you would have an amazing car that everyone would envy! I looked forward to watching it all happen. I am so devastated by the fact that you were robbed of those goals and that your family was robbed of watching you achieve those goals. I promise you that we will watch over your mom and grandma the way that you did! I'm so grateful that we were able to spend the 4th of July as a family and that our last memory of you was seeing your happy, smiling face. You just had a way to make us all smile and feel good. It was a truly a blessing. The only comfort I get is knowing that you are with Brock and that someday I will be with you both again. I love you P! I will miss you everyday of my life. <3 <3 <3 Love, Aunty Shante.
Shante McArthur
July 9, 2016
Rest in Peace young man. You are now home with our Heavenly Father.
July 9, 2016
I am so sorry for your loss. I can't imagine the pain you are all going through. Just remember this all happens for a reason and the Lord decided his work on earth was through. He accomplished what he was supposed to do and it was his time to go home. We are all here for however long and I know he touched several lives while he was here. Remember him in peace and love and do the best to heal. Praying for your family.
Stacy Wesolowski
July 8, 2016
May you rest in beautiful peace young one. My prayers are with all of you.

Heatherly Hausknecht
Heatherly Hausknecht
July 8, 2016
I just want to express how sorry I am for this huge loss. I can't even begin to imagine what you're feeling Ashley, and I want you to know you're in my heart. I pray to God to help you with this grief and despair, and to stay by your side now when you need him the most. You are not alone. Condolences from my family to yours, and anything you may need I would love to help. May your son rest with the angels as he is one now himself. God be with all of you. Rest in Peace Paris ❤
Karina Salazar
July 8, 2016 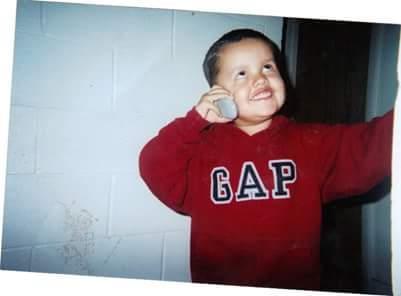 THIS IS HOW I WILL ALWAYS REMEMBER YOU P, OUR BABY BOY. KRAZY KID FOSHO! ALWAYS THE CENTER OF ATTENTION. WE'L MISS YOUR SMILE. LOVE YOU ALWAYS!
DENISE & DONTAE
DENISE JOHNSON
July 8, 2016 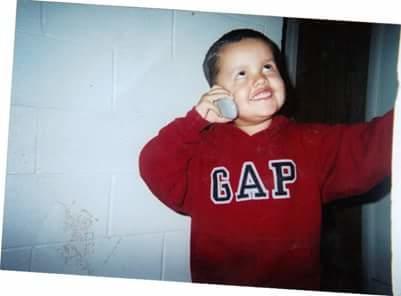 DENISE JOHNSON
July 8, 2016
My prays are with all of you. May your hearts and thoughts find peace. Ashley even thu I'm far away my thoughts and prays go out to you. You will always be the best mom.
charlene ruiz
July 8, 2016 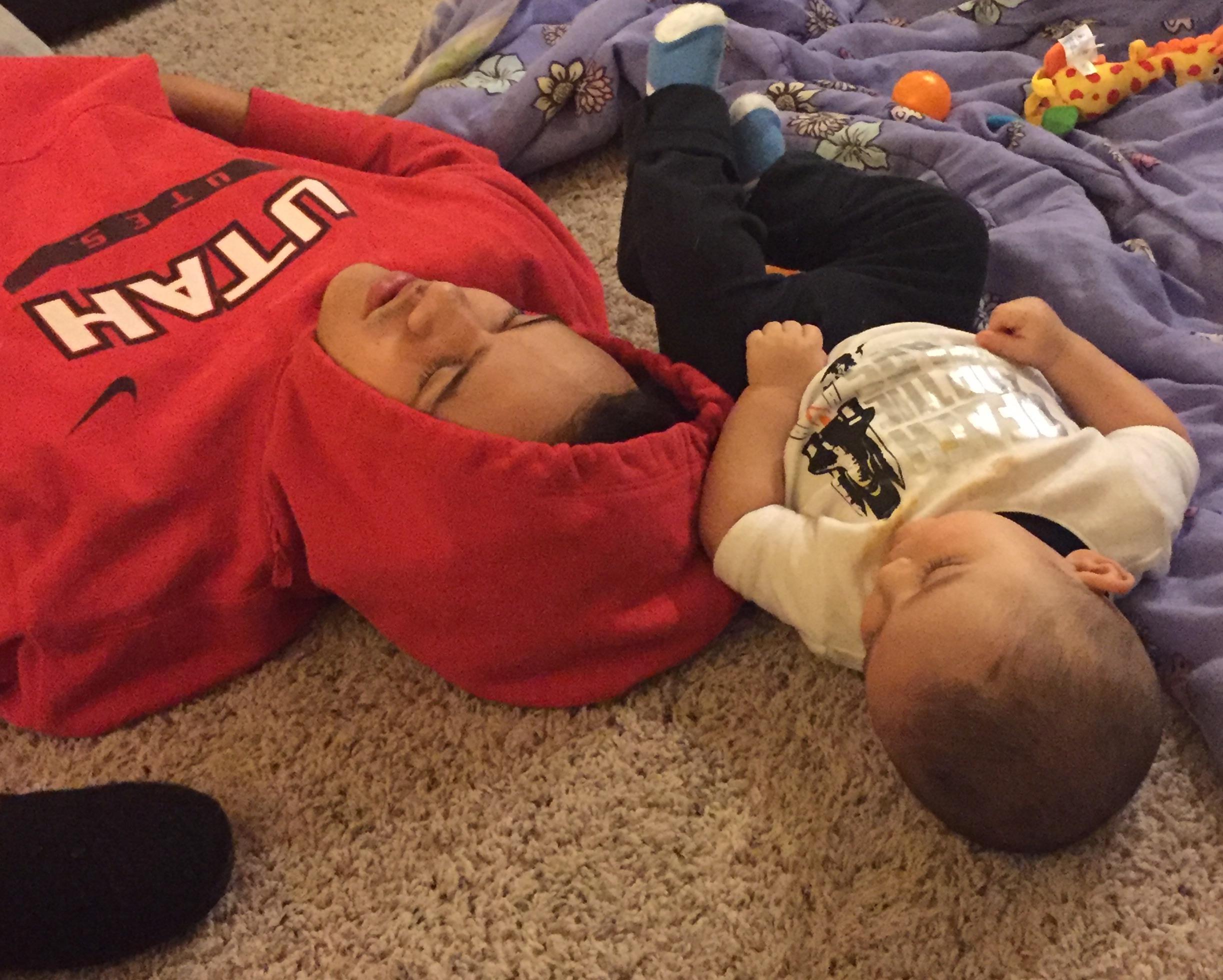 I think about you all day, I will miss seeing your face, your silly personality, everything about you. Uncle T, Benicio & I will take care of your momma. We love you Jito. Rest in Peace my baby.
Tony & Weezy Garcia
July 8, 2016
Showing 1 - 18 of 18 results