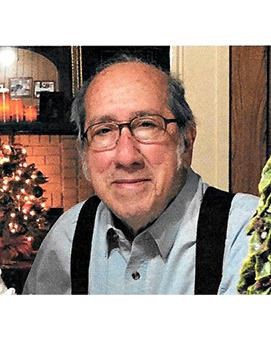 Gerard graduated from Fox Tech High School. He attended San Antonio College and St. Mary's University in San Antonio, Texas.
Gerard was a veteran of the United States Navy and courageously served his country from February 27, 1943, through May 22, 1946. He had a career as a police officer, sergeant, and detective in the San Antonio Police Department form March 5, 1949, to August 1, 1972. His work was awarded the Advanced Certificate by the Texas Commission on Law Enforcement Standards and Education. Gerard continued his law enforcement career in 1972 as Kingsville Police Chief. Gerard was president of the Texas Police Chiefs Association from 1982-1983.
He brought 20 plus years of experience from SAPD to the Kingsville Police Department and championed the use of technology to make KPD one of the best departments for its size in the state. His legacy of innovation and technology for the department continues today.

He enjoyed gardening and took pride in the beautiful yellow Esperanzas that surrounded his yard. He loved boats, fishing, woodwork, photography, and enjoyed being outdoors in the evenings. Gerard was awarded a General Class Amateur Radio License by the FCC. He enjoyed the simple things in life like family dinners and family discussions while sitting around the big round table that was always covered with a white lace tablecloth.

Gerard enjoyed spending time with his family and was blessed to recently enjoy many special family events. He celebrated his 69th wedding anniversary with his beautiful wife, Dolores, on June 15, 2019. This year he was proud to attend the graduations of his grand- daughter, Natalie Perez, on May 17, and great- grandson, Miguel Garza, on May 25. He also celebrated his great- granddaughter, Emily Garza's Quinceanera. His recent birthday on Friday, May 24, 2019, was celebrated with a trip to Houston and a festive party with live mariachis. Three of these family events had live mariachi music that he enjoyed so much. God blessed Gerard with many happy and exciting events right before He called him home to rest in heaven.

Visitation will begin on Tuesday, July 9, at 8:00 AM at the Angelus Chapel with the funeral service to begin at 10:30 AM. Interment will follow at 1:15 PM at Fort Sam Houston National Cemetery with military honors. San Antonio Police Department and Kingsville Police Department will provide police honor guards.

Condolences may be sent to the Gutierrez family at www.theangelusfuneralhome
.com. Arrangements by:

Reynaldo Nerio, SAPD Retired 1950-71, and Family
Reynaldo Nerio
July 9, 2019
Reynaldo Nerio
July 9, 2019
Prayers going up for Mr. Gutierrez, his loved one's and entire family, from the Martinez Family back door neighbors from Honey Jay on Manning Dr.
Jerry Martinez
July 9, 2019
Jerry Martinez
July 9, 2019
My Condolences to the Gutierrez Family, from Arthur Garcia a friend of Natalie Perez and Donna Perez
Arthur Garcia
Friend
July 8, 2019
Thank you for your service.
Acquaintance
July 7, 2019
Sending the Gutierrez family my sincere condolences, along with my family's lasting appreciation for the love and support Gerry and Dolores showed us during the recent illness and passing of my father, Fil Garcia. In our house, my parents, Fil and Theda, fondly referred to Gerry simply as "The Chief," and this is how I will always remember him. Our family grieves with you during this difficult time.
Leila Garcia
Friend
July 7, 2019
My sincerest condolences to the Gutierrez Family. I had the pleasure of working with Sgt Gutierrez at the San Antonio Police Department in 1970 when he was assigned to the Robbery Division along side with Lt. Joe DeStefano, Detectives Ed Kuznair, Roland Neaves and Amadeo Zapata. His positiveness and laughter is what I will always recall by. God bless you all. Esmeralda
Esmeralda Rodriguez
Coworker
July 7, 2019
Its with a sad heart I send my deepest sympathy. Gerry was a dear friend of my parents, Fil and Theda Garcia.
Kathy Longoria
Friend
July 6, 2019
GAs the days and weeks pass, and as you return to life's routine, may you continue to feel comforted by the love and support of family and friends.
Ann£
July 1, 2019
Our thoughts and prayers are with my sister Dolores and her family . We are all going to him much ; his humor , wisdom , and love the for family . No one prepares for the sudden loss of a loved one , however take comfort in knowing that now he is with our heavenly Lord .our deepest condolences . Love Ernest and Maria de la Cruz .
Ernest De la Cruz
Brother
July 1, 2019
My deepest condolences to the family Gutierrez. May the God who binds up the broken hearted and comforts all who mourn sustain your family during this difficult time of grief.
Isaiah 61:1,2 Jeremiah 29:11,12
Sylvia
July 1, 2019
My heart goes out to my sister,Dolores and her children,,grandchildren,and great grandchildren. Love you all,God Bless always. Jerry was loved and respected by the entire De La Cruz family...
June 30, 2019
Showing 1 - 14 of 14 results