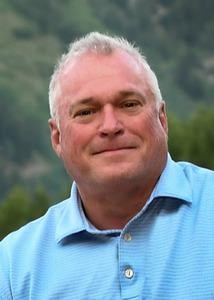 Jay was born to Robert (Bob) Emil Jr and Mary Lou Clarke, on January 7,1965 at Lackland AFB in San Antonio, Texas. He up grew in San Antonio, Texas, Tacoma, Washington, Live Oak, Texas, Colorado Springs, Colorado, Kaiserslautern, West Germany and Schertz, Texas while his father served in the USAF. Jay graduated from Samuel Clemens High School in 1983. After working a variety of jobs, Jay graduated from The University of North Texas in 1997 and began a long career in the financial services sector.

Jay was very personable and never knew a stranger. He made friends quickly, no matter where he was. Jay enjoyed outdoor adventures. Growing up, when playing baseball with the neighborhood boys, Mary Lou always baked cookies that the boys loved to eat. Every summer, his mom, dad and older brother, Jeff, and he went on camping trips where they fished daily. Bob taught his two boys to play golf and they loved playing golf together. Jay also enjoyed traveling with his brother Jeff. Together they either played or watched golf from Pinehurst in North Carolina to St. Andrews in Scotland, to Augusta National and Pebble Beach just to name a few. Playing golf was a real passion for Jay.

After getting married, Jay's daughter Cameron came along. From the day she was born, she was the joy of his life. They had many special times and traditions together. They did lots of crafts – even making matching tie-dye shirts one year. They enjoyed putting together puzzles. They spent summers taking road trips to Colorado to visit Jeff's family. There was always hiking, horseback riding, fishing, golfing, and painting ceramics. Another special place for Jay and Cameron was Disneyland. They loved going to Disneyland and once the app came out, they obsessed over ride lines even when they weren't there!

His father, Robert (Bob) passed before him and he is survived by his daughter Cameron, mother Mary Lou, brother Jeff, sister-in-law Loretta, nephew Kevin and niece Rachel.

A private ceremony will be held in Jay's honor at a later time. 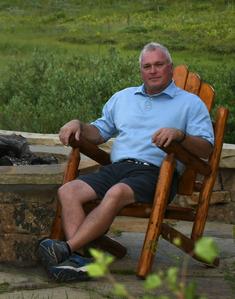 Published by Express-News on Jul. 18, 2021.
To plant trees in memory, please visit the Sympathy Store.
MEMORIAL EVENTS
To offer your sympathy during this difficult time, you can now have memorial trees planted in a National Forest in memory of your loved one.
MAKE A DONATION
MEMORIES & CONDOLENCES
1 Entry
So sorry for your loss Mary Lou and family.
Donald Wayne Scott
Friend
July 22, 2021
Showing 1 - 1 of 1 results