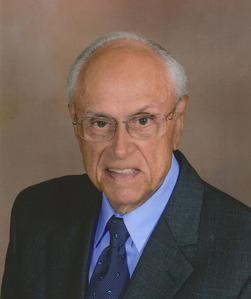 Paul Karam Mery Jr, age 74, died on Monday, December 27th, 2021, surrounded by family. Paul was born September 25, 1947, to Paul Karam Mery Sr. and Adeline Tripodi Mery in San Antonio, Texas where he lived his entire life. He graduated from Thomas Jefferson High School, and earned his undergraduate degree in Business Administration from St. Mary's University in 1971. Paul was born with an entrepreneurial spirit. After college, he embarked on a career in the reprographic industry. Shortly after, he opened the first of several Reprographics businesses. By 1990, under his leadership, his company A&E Reprographics grew to be the largest reprographics firm in the Southwest region of Texas. Paul could balance anything, a spreadsheet, a tax role, family, and fun. He had a dynamic personality and was very charismatic. He never met a stranger and always made everyone feel welcome. Paul and his wife Irene loved road trips and traveling abroad. He was a member of many clubs and organizations including, the San Antonio Ski Club, the Texas Corvette Club, and was a lifetime member of St. George Maronite Catholic Church. He cherished his faith. He is survived by his loving wife Irene Kneidel Mery. He was one of four children, and his twin sisters, Joan Mery Kale and her husband Jon; Jean Mery James and his brother Fred Joseph Mery and his wife Beth, and many nieces and nephews.

His daughter Kellie Mery Saucedo and her husband Steven; his son Paul Karam Mery III and his wife April and their daughter Madeleine; his son Jordan Mitchell Mery and his wife London and their children Ava and Jordan (Axel); and his stepsons Michael Bradshaw and his wife Jill, and Andrew Bradshaw and his wife Shannon, and his first wife Jennifer Jordan Mery. A celebration of life will be held on Saturday, January 15, 2022, at 10:00 am at St. George Maronite Catholic Church, 6070 Babcock Rd., San Antonio, TX 78240. A mercy meal will follow the service in the church hall. For most of his life, Paul wore a St. Jude pendant around his neck, in honor of the Patron Saint of hope and impossible causes. In lieu of flowers, the family invites you to give a memorial gift to the St. Jude Children's Research Hospital, www.stjude.org.

Published by Express-News on Jan. 12, 2022.
To plant trees in memory, please visit the Sympathy Store.
MEMORIAL EVENTS
Jan
15
Celebration of Life
10:00a.m.
St. George Maronite Catholic Church
6070 Babcock Rd., San Antonio, TX
MAKE A DONATION
Please consider a donation as requested by the family.
MEMORIES & CONDOLENCES
3 Entries
We are so saddened to hear of Paul´s passing. Our trips to Estes Park with the TCA were some of our most enjoyable. Paul had a wonderful sense of humor and his teasing was all in good fun. Irene, hugs to you. Paul will be missed.
Marie and Michael Webb
January 15, 2022
Paul was a man you just don't forget. He had a larger-than-life presence and a great smile. Sadly, we hadn't seen him in a number of years, but we will always remember him and the huge impression he left on us from our years with A&E and Thomas Reprographics. God Bless all the Mery Family.
Charles and MaryJane Harrison
Work
January 13, 2022
My heart goes out to Paul's family & friends. It was truly an honor to know & be associated with him for 38 years. We were lucky to watch each other's children grow up, play a lot of golf & he was very proud to share his beautiful Lebanese culture with his connection to St. George. In the late '80's I shared season tickets to the Spurs with Paul & attended most every game with him. Another Spur wore the number 21 before Tim Duncan & his name was Sidney Green. Had there been a Spurs Sidney Green Fan Club, I would have nominated Paul to be the President of the Club! Rest In Peace, Paul & I hope to see you on the other side, thank you for being so generous to me.
Oscar Rodriguez
January 12, 2022
Showing 1 - 3 of 3 results