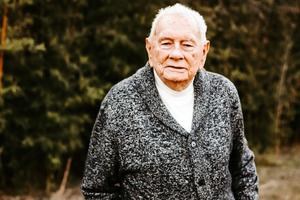 He was born on November 26, 1930, in Corpus Christi, Texas, to Talpha and Robert DuBose, Sr. He was preceded in death by his wife, Darlene "Huni" DuBose; his sons, William DuBose and Michael DuBose; and his parents. He was a loving father to his daughter, Jackie Syrko (Michael), granddaughter, Julie DuBose-Bartle (Michael) and his sons, Danny DuBose (Yvonne), Robert DuBose III (Dora), Dennis DuBose. He is "Papa" to 26 grandchildren and 32 great grandchildren. Robert was honored to serve his country in the United States Air Force. Robert and Darlene proudly owned Half Fast Boat Works and Machine Shop in Port Aransas, Texas until they retired back in San Antonio at Half Fast North. Robert spent his last few years joyfully with his family at Half Fast Farms.

His love for his family and friends was unmeasurable and will be carried in their hearts until they meet again.

A memorial will be held December 11th at 2:00pm at Half Fast Farms.

Published by Express-News on Nov. 28, 2021.
To plant trees in memory, please visit the Sympathy Store.
MEMORIAL EVENTS
Dec
11
Memorial service
2:00p.m.
Half Fast Farms
TX
Funeral services provided by:
Porter Loring Mortuary McCullough
MAKE A DONATION
MEMORIES & CONDOLENCES
Sponsored by Porter Loring Mortuary McCullough.
1 Entry
So sorry I´m just seeing the obituary today, 12/26. Would loved to have been at Robert´s memorial. He and my late husband John Dunkin were big buddies - John even worked for him a while at Half Fast PA. Robert and Darlene were fun people to be around and their love for each other was very apparent. I share great memories of those two!!
Carolyn Dunkin
Friend
December 26, 2021
Showing 1 - 1 of 1 results