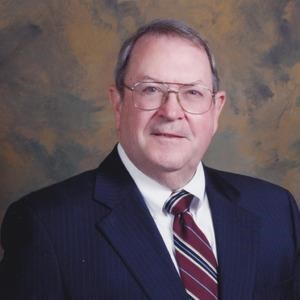 Ronald James Johnson died peacefully at home on August 30, 2021, fifteen months after being diagnosed with bile duct cancer. Ron was born in Mart, Texas on November 16, 1948 to Lt. Col. Edward James Johnson and Anne Stuckley Johnson, Esq. Ron and his eight siblings were descendants of Czechoslovakian immigrants, and were fourth generation Texans.

Ron graduated from Hubbard High School in 1968 where he participated in football and the rodeo team. He graduated from Southwest Texas State, where he was a member of Pi Kappa Alpha fraternity. He received his Juris Doctorate in 1978 from St. Mary's School of Law and was admitted to the Texas State Bar that same year.

Ron's life was guided by three of his mentors: San Antonio lawyer Harold D. Putman, who instilled in him a duty to help others who could not help themselves; Judge Wood, who inspired Ron's promise never to be intimidated by a judge or opposing counsel; and Judge Thomas M. Reavley of the U.S. Fifth Circuit Court of Appeals, who taught him that lawyers do not win cases: clients and the facts do.

Relying on his keen intuition and intellect, Ron chose his clients intentionally and fiercely advocated for them. These attributes also contributed to the great depth of understanding Ron shared with his family, friends, and those fortunate enough to receive his love and counsel.

Ron was a voracious reader with a love for spoken and written words. He was a student of history, and especially loved reading and re-reading J.R.R. Tolkien. Ron could turn a phrase and capture the attention of an entire room. His booming voice and commanding presence were always memorable.

Ron had a great fondness for animals, especially mules. He was an avid outdoorsman and could be found hunting and fishing on any given weekend. His cooking was legendary, and he especially enjoyed smoking brisket, pigs, fish, and chicken on his homemade pit - he was a true pit master. Very few can duplicate his specialties, such as pozole and holiday turkey.

Services in honor of Ron's life will be held at St. Anthony de Padua, 102 Lorenz Road, on September 15th with recitation of the Rosary at 10:30 a.m. and Mass at 11:00 a.m. The family asks that anyone attending the service wear a mask. Memorial contributions may be made to the Mays Cancer Center at UT Health Science Center.

Published by Express-News on Sep. 12, 2021.
To plant trees in memory, please visit the Sympathy Store.
MEMORIAL EVENTS
Sep
15
Rosary
10:30a.m.
St. Anthony de Padua,
102 Lorenz Road, TX
Sep
15
Funeral Mass
11:00a.m.
St. Anthony de Padua,
102 Lorenz Road,, TX
MAKE A DONATION
MEMORIES & CONDOLENCES
9 Entries
Ron's office was just down the hall from mine on the 13th floor of Riverview Towers for about a decade. I always enjoyed his stories, his jokes, and his honest and unorthodox outlook on people and on life. Ron, they don't make 'em like you anymore. The world is a quieter place now. You are missed.
Ben Stephenson
Work
November 1, 2021
What good fortune it was for me to get to know Ron and for him to be my friend. Ronald Johnson was a lot of things - smart, cantankerous, witty, tough and most of all, incredibly loyal. He was always my friend, and I will miss him greatly. My sincere condolences to his family.
Eric Taube
September 16, 2021
I am so sorry to hear about Ron's passing. Allyson, Ashley and Susan, you are in my thoughts and prayers. I knew Ron from bankruptcy practice, but we also went way back with the Putman family. --Mary Elizabeth Heard (Oliver and Mary's daughter).
Mary Elizabeth Heard
September 15, 2021
Allyson & Ashley & Susan, I am so sorry.
Teri Nunley
September 14, 2021 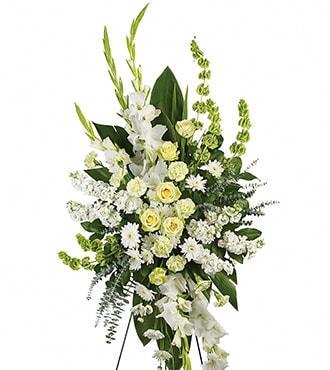 The GCMAC family
September 13, 2021
I had the privilege of meeting Ron through a mutual friend, Bea Unger years ago. He was a wonderful friend, caring and devoted husband and faither, and trusted colleague. You will be missed.
Rosie Reyes
September 13, 2021
Great intellect, critical thinker and truly a lawyer with peer. He will be missed and he will be remembered.
Reese Harrison
Work
September 13, 2021
So sorry to learn of Ron's passing. Ron and I were partners for several years at Soules & Wallace, so I had the pleasure of seeing him almost every day. He was a great, ethical, and passionate attorney and a good friend but the thing that impressed me most about Ron was that he was a wonderful, loving, and devoted father to his two beautiful girls at the time they needed him most when Sasa passed away. We will all miss him. My sympathies to his family and many friends.
Wayne I. Fagan
Friend
September 13, 2021
Visiting the United States District Court of the Western District Court of Texas will be an experience I will never forget. The gentleman at the door was very pleasant to talk with...just was never able to take pictures while inside the building. The visit of the F.B.I building as well at the gate for the information. Thank you. My prayers the surviving families.
Esmeralda Williams
Other
September 12, 2021
Showing 1 - 9 of 9 results