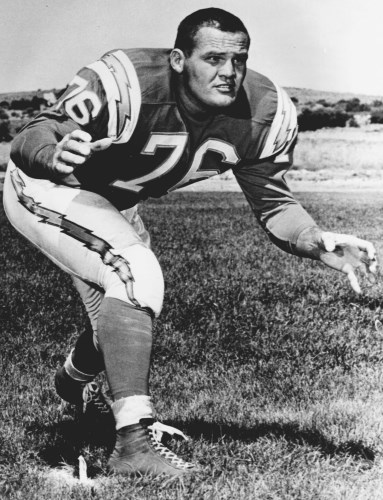 BORN
1935
DIED
2021
FUNERAL HOME
Featheringill Mortuary
6322 El Cajon Blvd.
San Diego, CA
Henry J Schmidt
September 28, 1935 - May 17, 2021
La Mesa
Henry J. Schmidt born on September 28th 1935 to Eugene and Julia Schmidt in South Gate California. He grew up in East LA with his brother Eugene. Both brothers excelled in football at Fremont High School. In 1954 Henry went on to play at East Los Angeles Junior College where he became an All American standout at defensive tackle. In 1955 he received a scholarship to play at the University of Southern California where he played for 1 year. In 1956 he joined the United States Marine Corp and spent 2 years serving his country. He continued his education and football career in 1957-1958 at Trinity University in Texas. After his year and a half in San Antonio, he came back to East LA to work with his uncle in shipping. In 1959 during his normal shift, his uncle came up to him and told him that he had been drafted, in which Henry replied "That's impossible, I've already spent my 2 years in the military!" So his uncle explained to him that he had been drafted by the San Francisco 49er's of the National Football League. Henry played 2 seasons with San Francisco, before he jumped over to the new American Football League to join the San Diego Chargers. He played for the Chargers from 1961-1964. While with the Chargers he won an AFL championship in 1963, but he also started a family and set up roots in San Diego. In 1965 he joined the Buffalo Bills in the AFL. This was undoubtedly his best season as a professional football player. The Bills won the AFL championship and Henry became an AFL All Pro. 1966 became Henry's last season in the AFL playing for the New York Jets and yes, he played with Joe Namath. In fact the coaches asked Henry to be alongside Joe when he would go out clubbing to keep him out of trouble. Even though his football career was over, in the summer of 1999, Henry was selected as 1 of 5 specialists selected to Sports Illustrated's All Century Team. He was selected as the greatest wedge buster of all time, a truly special honor. Upon returning to San Diego from New York in 1966, he was finally able to reunite with his wife Patricia and sons Michael and Matthew full time and was ready to embarked on his new career in insurance. Henry started his insurance career with AllState and after 7 years, changed over to State Farm where he worked for over 25 years. After divorcing his first wife Patricia and while working for State Farm, he met his next wife Lorena and her children Ron, Roy and Leah. Henry enjoyed live music, traveling and spending time with family and friends. He was either throwing parties at his home in La Mesa or meeting the "Derelicts" at Tom Ham's Lighthouse or The Charcoal House. Henry continued his meetups with friends after his wife Lorena passed, in fact he had a regular Wednesday meetup at the La Mesa Bistro, they call themselves the "Bistro Boys". Henry is survived by his son Matthew Schmidt with his wife Jenny along with his grandchildren Sheilah, Adam and Brooke. He is also survived by his stepchildren Leah Rozok, Ron Rozok with his wife Aline and their daughter Chloe, Roy Rozok and his wife Susan and their children Peter and Jessica with her husband Michael Sonbaty and their children Sophie and Audrey. There will be a graveside service on May 28, 2021 at 10:00AM at Singing Hills Memorial Park located at 2800 Dehesa Road, El Cajon, CA 92019
Published by San Diego Union-Tribune on May 21, 2021.
To plant trees in memory, please visit the Sympathy Store.
MEMORIAL EVENTS
May
28
Graveside service
10:00a.m.
Singing Hills Memorial Park
2800 Dehesa Road, El Cajon, CA
Funeral services provided by:
Featheringill Mortuary
MAKE A DONATION
MEMORIES & CONDOLENCES
Sponsored by Featheringill Mortuary.
3 Entries 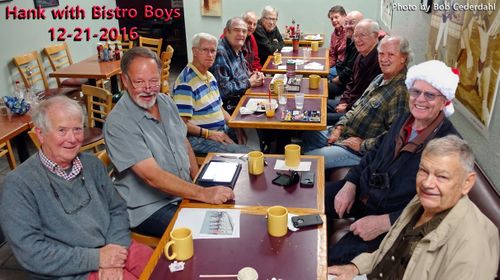 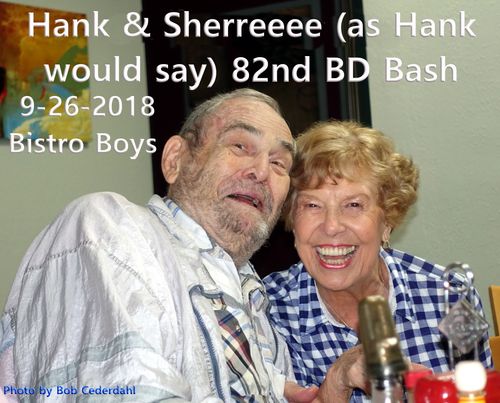 Hank's 82nd Birthday Celebration: He was having FUN!
BOB CEDERDAHL
Friend
May 21, 2021 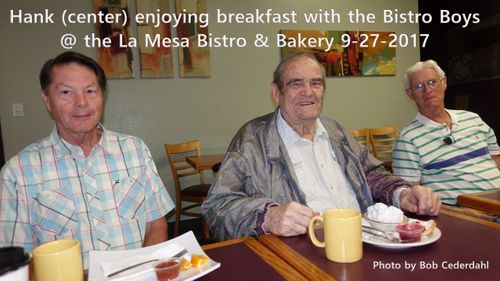 Sherri (Charlotte W. - Hank pronounced it, "Sherreee") and I visited Hank a few days before he passed away. Although one had to listen closely, you could understand all that he said.

His sense of humor was always surprisingly unusual but at the same time interesting. We enjoyed his participation in the Bistro Boys meetings in La Mesa. He was a tough dude and added to our lives. We will miss him but are sure he will have much to say to those with him in heaven.
BOB CEDERDAHL
Friend
May 21, 2021
Showing 1 - 3 of 3 results