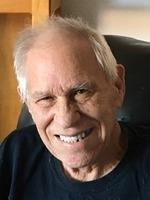 BORN
1939
DIED
2018
Daniel Owen Stolpe
November 14, 1939 - December 12, 2018
Santa Cruz,
Master artist and Native Images lithographer Dan "Coyote" Stolpe slipped out of his non-functioning body, and is running free at last and howling in the hills. Born and raised in Los Angeles, Dan's father introduced him to Native American teachers of Art and Culture through the Woodcraft Rangers, who influenced Dan for the rest of his life. "Everything was patterned after a tribal structure," Stolpe said.   We learned about Indian life and lore and we had Indian guys teach us how to make Indian costumes and about Indian dance and drums.  That's what got me interested."
Dan made his first drum when he was 14, and he was quietly playing that same drum during his final days of life.
Stolpe attended LA Co. Art Institute (OTIS) on scholarship until 1962, when he dropped out  to Apprentice with artist Don La Viere Turner in Glendora, and then with Master Printer Joe Funk in Venice until 1966. Commissioned by the Smithsonian Institute, he moved to Washington DC to illustrate extinct birds for their magazine and for the Atlantic Monthly. In 1967 he dropped out again and moved to Washington State where he lived for two years with the Swimomish Tribe in northern Puget Sound, participating in their daily lives, folklore and Longhouse Rituals where he learned to walk the Red Road of Sobriety and had Shamanic Visions that radically influenced his art and direction. He made friends with Dennis Banks and supported the American Indian Movement (AIM).
In 1970 Dan moved to Santa Cruz with his printing mentor Joe Funk, where they established Dan's Native Images Studios, where he turned out a huge volume of work in a variety of mediums: monotypes, paintings, woodcuts, lithographs, etchings, and serigraphs.
Influenced by German Expressionism and Native American mythical themes, his work has been acquired and collected by over 80 National Museums, Libraries, Colleges and Universities including UCSC's McHenry Library, where Dan taught printmaking at UCSC for a dozen years and befriended poet William Everson, and illustrated his "Canticle for the Waterbirds."
Other Institutions collecting his work include Harvard, Yale, Princeton, the Library of Congress, the Fogg Art Museum, the Smithsonian Institute. Stolpe's work is collected by dozens of Museums and Galleries in the United States, Canada, and Europe.
Dan is survived by these relatives:  sister, Sonja Chesley (Errol EerNisse), brother, Steve Stolpe (Sue), son, Matt Stolpe, daughter, Scarlett Lafroth (Ron Jennings), grandchildren, Sloan Lafroth and Kyle Lafroth.
A Celebration of Dan's life and work is being planned for the Spring in Santa Cruz. We will announce details prior to the event.
Tax deductible Donations may be made to the UC Santa Cruz Foundation Special Collections in Honor of Daniel Stolpe, Gift Administration, Carriage House, UC Santa Cruz, 1156 High Street, Santa Cruz, CA 95064.

Published by Santa Cruz Sentinel on Dec. 21, 2018.
To plant trees in memory, please visit the Sympathy Store.
MEMORIAL EVENTS
To offer your sympathy during this difficult time, you can now have memorial trees planted in a National Forest in memory of your loved one.
MAKE A DONATION
MEMORIES & CONDOLENCES
Sponsored by santacruzsentinel.com.
5 Entries
I remember Dan well,from the time I lived in Santa Cruz. We was a great friend,artist and have treasured some of his works and wisdom for many years. He will surely be missed.
Larry Williams
December 15, 2021 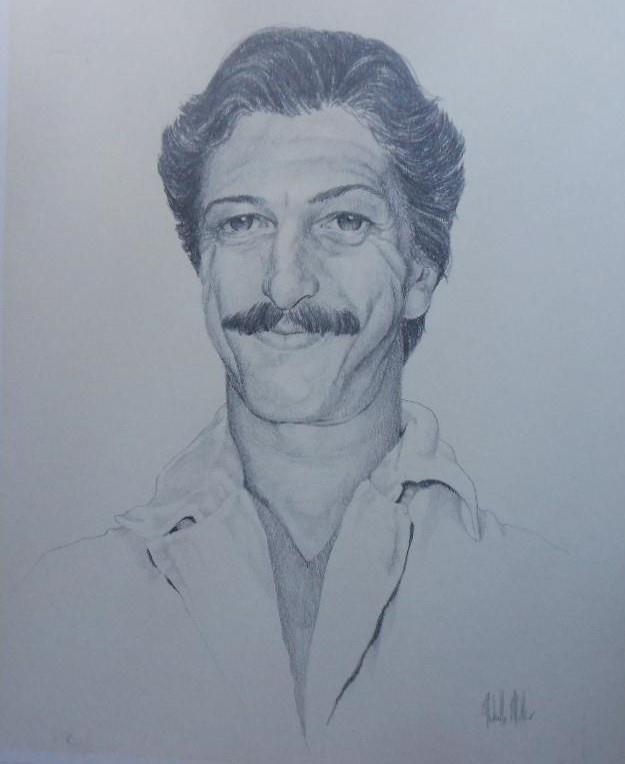 Will miss your friendship,hanging out at the studio,talking artistry of the hand,and the gifts of Bill W.
Larry Williams
February 20, 2020
I am going to miss you Dan. But now you can hang out with Dennis again.
Enjoy your time in the Spirit World my friend, and give my best to Owl Woman. And to Wolf and Raven too.
Robert Vigurs
January 9, 2019
Dan,

Can't say I'm "surprised." Last couple times I saw you it was clear your body was failing you.
But I am still selfishly saddened to learn of your departure.

Though we never developed a "close" relationship, with each of us on the way to doing whatever the next right thing was on our paths, I felt we shared a mutual respect and finding myself in the same room with you always lifted my spirits.

People better versed and more articulate than I in the field can, and will I'm sure, speak to the power and impact your work had.

For my part, I can only say I am grateful to have shared the planet with you for much of my journey through this life.

And as you leave, I send you on with blessings for an informative and ecstatic sojourn in whatever lies beyond.

Cheers, brother. Your presence was felt; you will be missed.
AC Smith
January 2, 2019
Goodbye dear friend. I'm very sad. I feel honored and inspired for knowimg you and pleased to have seen you in August on my visit to the States. The world is poorer place with you gone.
Tom Alibrandi
January 2, 2019
Showing 1 - 5 of 5 results