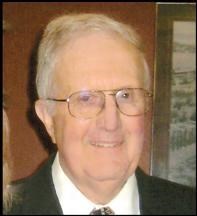 David George Briggs of Redmond died peacefully at home on Saturday July 26th, 2014. He was 71 years of age and was born July 3, 1943 in North Brookfield, Massachusetts, the son of George and Georgia Briggs. He was raised in New Braintree, Mass. and attended school there. His undergraduate work was accomplished at the University of Massachusetts followed by a Masters at Yale and a Doctorate at the University of Washington.

He was a highly respected professor at the University of Washington in the School of Forest Resources. Dave retired in 2011 as a Professor of Operations Research and Forest Products, Director of the Stand Management Cooperative, Director of the Precision Forestry Cooperative and Director of the UW site of the National Science Foundation's Center for Advanced Forestry Systems.

Dave loved the outdoors and was an avid mountain climber. He also traveled to the far corners of the globe. He had an affinity for animals. His small acreage sustained at different times llamas, a horse, chickens, geese, dogs and cats. He collected sea shells and butterflies. He will be sorely missed by his mother, Georgia Briggs, his wife, Anne Briggs, his son Jeremy Briggs, his step daughter, Laura Shepard and other family and friends.

A celebration of Dave's life will be held at The University of Washington Club on Sunday, August 17th, 4 to 7 PM at 4020 E. Steven Way, Seattle Wa. 98195, uofwashingtonclub.org The family suggests remembrances may be donated to American Alpine Club or Washington Trails Association.
Published by The Seattle Times on Aug. 10, 2014.
To plant trees in memory, please visit the Sympathy Store.
MEMORIAL EVENTS
Aug
17
Celebration of Life
7:00p.m.
The University of Washington Club
4020 E. Steven Way, Seattle, WA
MAKE A DONATION
MEMORIES & CONDOLENCES
Sponsored by The Family.
6 Entries
David was on my masters degree committee at U of W. I was his research assistant and worked on two publications with him. I remember him being a very robust man of outstanding intellect. He was also very much into fitness, as I saw him at the gym almost daily. He was a very influential person in my life,
Nathan Dickens
January 22, 2015
I was saddened today to hear of Dave's passing. He was on my Masters and PhD committees at UW. He will be missed.
Rich Vlosky
August 13, 2014
I, too, enjoyed david's company at our 50th reunion. He was a fine gentleman. Today at our 53rd reunion, we spoke of him fondly. Our sympathy to his family.

A classmate, Joyce Comeau Smith
August 9, 2014
So sorry to hear of David's passing. I remember him well especially from grade school in New Braintree. I was a year ahead of him in school but there were 3 classes in the same room. My thoughts and prayers go out to you.
Mary Lou (Cooper) Klymus
August 9, 2014
I am a former school classmate of David's from North Brookfield. He was my date in 8th grade for the Girl Scouts Boy and Girl Dance. The last time I saw David was at our 50th North Brookfield High School class reunion where my husband Alan and I enjoyed his company along with Anne's. I remember him fondly. My prayers and sympathies to the family.
Glory Wedge
August 9, 2014
To Georgia and family, my deepest condolences on the passing of David. I am the daughter of late Norman and Barbara Cortis and remember your family well.
Audrey Cooper
August 7, 2014
Showing 1 - 6 of 6 results