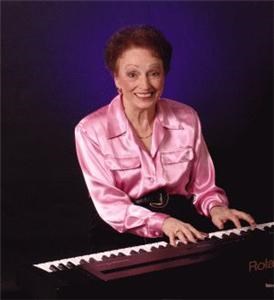 Lucia (Carrabba) MITCHELL passed away on August 28, 2010, at the age of 87 years. She was born on May 31, 1923 in Olympia, WA. Her family moved to Seattle, WA, where she lived most of her young life. Lucia (Lucy) will be dearly missed by her family and friends. She loved her friends and kept in contact with many of them until her stroke in March of 2010. She was a tremendous musician. She played piano and accordion professionally, could read any music, and could back up any singer for any occasion. She is preceded in death by her parents, Pietro and Mildred (Nelson) Carrabba. She's also preceded in death by Peter and Sal Carrabba, her brothers who were also wonderful musicians. She is survived by her children, Luclare Johnson, Peggy Johnson and Eric Jonson, (grandson, Bryan Jones). She is also survived by her brother and sister-in-law, William and Bonnie Carrabba, sister Annetta Carrabba; nieces, Cheryl and Dina Carrabba, Stella and Stephanie Porter, and Lisa Carrabba; nephews, Raphael and Marco Carrabba, Jim (Ida) and John Porter ; great nephews and nieces: Brandon and Jordan Carrabba-Leaf, Salvatore McCarty, Ben, Sophie, Sam and Olivia Porter and Johnny Porter.
Her professional career began when she was 19 and her father urged her to join the Seattle Musician's Union. She had her big break in 1962, when she was invited to play at the Hofbrau Haus at the Seattle World's Fair with a violinist, Muriel (Saunders) Wellwood, who became her life long friend and working companion for many years. She married Clarence Johnson, also a musician, had three children and played many music venues, most notably The Arthur Murray Studios. They divorced in 1966. From 1963 to 1973, she was the exclusive entertainer at King Oscar's Restaurant in North Seattle. What a fabulous and natural entertainer she was! She always kept the audience's attention with her comedic songs, but could turn around and belt out a torch song that was amazing. In 1970 Lucy married Neal Mitchell. She always called him her biggest fan and best friend. They resided in Belfair, WA, for 38 years. Neal passed in 2002 and Lucy continued living and entertaining in the Hood Canal area until 2009. She loved all the musicians she worked with, especially Don Rogers (wife, Charlotte) whose association with Lucy goes back to the 1940's and Chet London's group Special Delivery from 1994-2008. Mom, you were the best mother who always encouraged us to reach out to people and appreciate life with all we had. We will always love you and miss you. Even at the age of 87, you were gone too soon. Friends and family are invited to a Celebration of Life on September 13, 2010 from 4:00 - 8:00 P.M., at the Admiral Theater in Bremerton, WA. Donations can be made to Seattle Children's Hospital Guild Assoc., 344900-Rachel Knott Guild.
Published by The Seattle Times on Sep. 10, 2010.
To plant trees in memory, please visit the Sympathy Store.
MEMORIAL EVENTS
To offer your sympathy during this difficult time, you can now have memorial trees planted in a National Forest in memory of your loved one.
MAKE A DONATION
MEMORIES & CONDOLENCES
3 Entries
To all the Carraba, Johnson, Mitchell extended family. Jan and I were so sorry to hear of Lucy's death. She was a terrific musician and extraordinary high-energy person who inspired others.
Please accept our deepest sympathy.
Murl Allen Sanders and Janet Hesslein
Murl Allen Sanders
September 11, 2010
To Peggy, Luclare and other family members,
Lucy and Neal were both a very special part of our family's lives. We are saddened to hear of Lucy's passing but are blessed to have known her. She was such a vibrant woman and entertainer.
I'll never forget her at my wedding reception. She decided we needed good Italian and folk music, so she turned off our rock and roll music and spontaneously started playing polka and other folk songs. My aunt and uncle started dancing around the yard doing the polka and we were treated to some fun lively music which we all thoroughly enjoyed.
Our thoughts are with you all during this difficult time.
Brenda Brown on behalf of Phyllis Brown and family
September 10, 2010
Dear Family,
My prayers go out to all of you. Im sorry for your loss. God bless, Tony
Tony Volchok
September 10, 2010
Showing 1 - 3 of 3 results