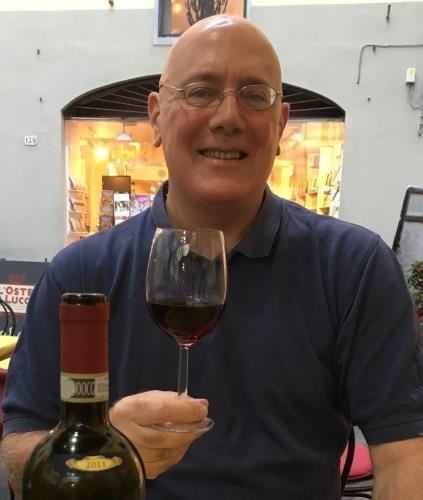 He is survived by his wife of 30 years, Catherine Marie Kachurka-Smith, whom he met at work in beautiful Santa Barbara in 1989. He is also survived by his father, the former San Francisco District Attorney Arlo Eugene Smith (Jane Howell) of Columbia, California. His two brothers Arlo Hale Smith, and Averell "Ace" Hale Smith (Laura Talmus), his sister Alexa Lee Smith, all residing in the San Francisco Bay Area. He had many wonderful nieces and nephews plus grand nieces and grand nephews throughout the country.

Upon receiving his doctorate degree in physics at UC Berkeley in 1985, he began his career at Mission Research of Santa Barbara. In 1990 he moved to San Diego as the Chief Scientist for Litel Semiconductor since its founding. As the firm transitioned into Innoven Energy of Colorado Springs, he continued working for them from his California home. Adlai was a brilliant inventor who was awarded dozens of patents for groundbreaking innovations ranging from microchip manufacturing to GPS range navigation to energy.

Adlai loved The Three Stooges, and Curly and Shemp were his favorites. He had a passion for visiting wineries and enjoyed any and all factory tours. He enjoyed baking homemade bread and pizza. He loved the culture and food and everything about Italy. He loved a finely-made triple espresso.

Adlai found satisfying diversions from doing "high faluten math" with physical tasks, such as tending to the acreage of his home. These included gate, fence, and bridge building, drainage trenching, and numerous masonry endeavors. He planted drought tolerant plants, and removed others with respect to wildfires.

Adlai has chosen as his charity, BeyondDifferences.org, an organization created in honor of his beloved late niece Lili, which deals with teen social isolation.

He was predeceased in life by his mother, Helen Lee Hale Smith in 1997, and his niece Lili Rachel Smith in 2009.

In due time there will be a private outdoor life celebration and you can be sure Moe will ask everyone to "Spread Out."


Published by San Francisco Chronicle from Nov. 1 to Nov. 8, 2020.
To plant trees in memory, please visit the Sympathy Store.
MEMORIAL EVENTS
To offer your sympathy during this difficult time, you can now have memorial trees planted in a National Forest in memory of your loved one.
MAKE A DONATION
MEMORIES & CONDOLENCES
10 Entries
Remember being at our Grandparent's (Adlai's wife Cathy is my sister) farm in Pennsylvania. There was a pristine starry sky. The look on Adlai's face was amazing, as you can see wheels turning, as he gazed into the beauty of God's Light Show.
Watching his amazing mind in action, while experiencing his kind and gentle demeanor, will always be a treasured memory.
So thankful to God for bringing Adai into my Sister Cathy's life.
David Kachurka
Family
December 5, 2020
Working with Adlai at Litel was both a joy and incredibly educational. When I came on board with the responsibility of selling some products that he developed, I quickly realize the technology was way beyond my capacity for fully understanding to successfully market and sell. So Adlai and I made numerous trips all over the world, in the US, to Asia and Europe where he did the heavy lifting of explaining to customers how the products worked while I took care of the easy stuff, like setting up the meetings, plane reservations etc. Without Adlai's brilliant support, the products not only would never have been developed, they also would never have been so successfully marketed. Far more than anyone else, Adlai was responsible for the great success we had at Litel.
Kenneth Rebitz
Coworker
November 16, 2020
Adlai and I became friends at Commodore Sloat Elementary School. We used to hang out at his house after school, either upstairs in his room or out in his extended backyard. We lost touch when we ended up going to different Middle Schools. I would always keep an eye for him when I would venture over to West Portal, hoping to see him. He was always generous and his house was always warm and welcoming. May his memory bring comfort to his friends and family.
Brian Garcia
Friend
November 14, 2020
Condolences and prayers to the Arlo Smith family on the loss of your beloved son and brother and devoted husband.
Hugh Donohoe
Friend
November 10, 2020
Adlai was a good friend and climbing partner in the mid '70's. In addition to climbing in the Sierra Nevada we also climbed the big volcanic peaks of the Pacific Northwest. Of course I knew he was a brilliant thinker but it was his sensitive and gentle nature that made him endearing. He was also a tough and reliable partner on a climb or on the road. I treasure his memory.
Walter Stillman
Friend
November 9, 2020
Just heard about this yesterday from a fellow classmate and neighbor here in San Francisco (Brian Garcia). I remember Adlai and his great sense of humor and attending a birthday party at his childhood home in the city. Though I hadn't seen him since Commodore Sloat days I was saddened to hear of his passing. My best to the family.
Robert McHenry
November 9, 2020
We were classmates and pals at Commodore Sloat, second grade through sixth grade. My mom made my lunch everyday; Adlai, as I recall, was usually given money for lunch in the cafeteria. Some days, I traded him my lunch for his lunch money, because I wanted to eat the cafeteria food, and he developed a fondness for my salami and cheese sandwiches. RIP, dear classmate- we will meet again.
Kirk Denebeim
Classmate
November 8, 2020
Adlai has been a part of our lives or over 30 years. We have so many memories of him from being a groomsman in our wedding to playing horse shoes in his back yard with a good glass of wine. I have a huge hole in my heart right now but I also feel grateful that he enriched our lives so much. Cathy we love you and know that Adlai will always be with us as continue to enjoy and cherish our friendship.
Tracy and Daryl Rheuark
Friend
November 2, 2020
I was so Saddened to hear of Adlai’s passing, on Friday. This is such a hard time for you Cathy. My heart and prayers are with you. He couldn’t have had a better angel than you, to care for him thru this time. You will be together again someday. Have comfort, in knowIng, he’s in good hands.
Kathleen McGraw
Friend
November 1, 2020
My deepest and heartfelt sympathy to the entire family. We loved him and he will he dearly missed.
Emily & Emilia Moscoso
Family
November 1, 2020
Showing 1 - 10 of 10 results