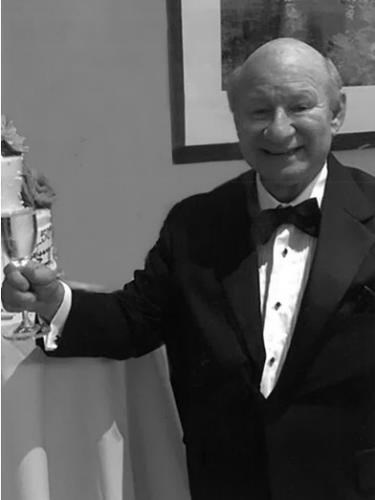 Bruce Wiener left this world too soon on September 25, 2020 at the age of 74.
Bruce was born on October 1, 1945 in Hackensack, New Jersey to Leonard Wiener and Blanche Berger. He spent his formative and pre-college years in a loving home in Teaneck, New Jersey along with his older brother Alan and identical twin brother Mark. In high school, he was a wrestling star and earned a college scholarship with his talents. He graduated from Miami University in Oxford, Ohio in 1967 with a degree in Government Studies. While there, he met the love of his life, Jane Britton. The two moved to California where Bruce earned his law degree from the University of California Hastings College of the Law in 1970.
After law school, they moved to Washington, DC where Bruce worked for the Department of Agriculture. A few years later, they were thrilled to move back to San Francisco. Bruce spent over 30 years working as a trial attorney for the California Department of Insurance. He was a devoted mentor and friend to his colleagues and a fierce advocate for the taxpayers of California.
The family moved from San Francisco to Oakland in 1975 and lived in the Oakland Hills for ten years. They became diehard Oakland A's fans, and Bruce was a faithful 49er's fan. He also took great joy in the Warrior's championship runs and was pleased the team was able to bring glory to Oakland.
He was a devoted father to his children and participated in their extracurricular activities. In 1986, the family took a five-week cross country trip to visit family and points of historical interest. Bruce reveled in the holidays and his July 4th parties were an annual event that brought work and personal friends together.
When their children were older, Bruce and Jane began to travel abroad. They went on numerous Rick Steve's tours throughout Europe, and Bruce's favorite trip was a safari in Tanzania. He also sailed the Caribbean, visited Australia twice, and toured New Zealand. Bruce and Jane traveled all over Northern California and the Pacific Northwest and he twice won the raffle for a weeklong stay at the Cabrillo Light House head lightkeeper's house. They had so many more adventures planned.
Bruce was an avid wildlife supporter and he and Jane traveled to Yellowstone National Park often. Bruce was a beloved dogfather to Storm, Luke, Piper, and Boo. He supported wolf reintroduction, the Oakland Zoo, the Monterey Bay Aquarium, Tony LaRussa's Animal Rescue Foundation, and other wildlife organizations.
Bruce passed away suddenly while on vacation in Yellowstone National Park. He will be missed and there was NO ONE like Bruce. His sense of humor and charm were limited to the few people he let into his life but if you were one of those lucky souls you had a loyal friend for life. Things will never be the same with him gone.
Bruce is survived by his wife 52 years, Jane Britton, their three children—Jennifer, Amy, and Steven—and two grandchildren—Charlotte and Justin. He is also survived by his and Jane's families.
A private celebration of life will be held in October.
If you wish to remember him, please donate to a wildlife or environmental organization of your choosing.

Published by San Francisco Chronicle from Sep. 24 to Sep. 27, 2021.
To plant trees in memory, please visit the Sympathy Store.
MEMORIAL EVENTS
To offer your sympathy during this difficult time, you can now have memorial trees planted in a National Forest in memory of your loved one.
MAKE A DONATION
MEMORIES & CONDOLENCES
0 Entries
Be the first to post a memory or condolences.