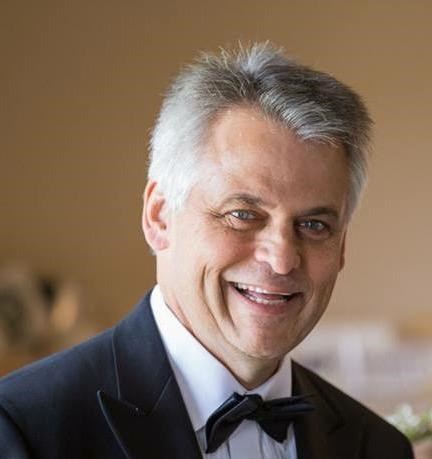 Dr. Daniel Scott Maddix (Danny) passed away suddenly on Friday, April 3rd, 2020 at his home in Alameda, California at fifty-seven years of age.

Danny was the ever faithful, loyal and dutiful husband to his wife of nearly twenty years, Denise Margaret Maddix (née Cervelli), and caring son to his father Richard Maddix, who both preceded him in death. He is the loving and devoted father to his daughter, Danielle Robinson (née Maddix) and son-in-law, Joseph Robinson; the very proud and adoring Nonno to his granddaughter, Denise Margaret Robinson; the beloved son of his mother, Rose Marie Maddix (née DeCarolis); the treasured brother of Jeffrey and Cheryl Maddix and Michael and Kathryn Maddix.

On November 12th, 1988, Danny married Denise at St. Philip Neri Catholic Church in Alameda, in which parish he remained a devout practitioner of the faith. A testament to his eternal love, Danny returned to her grave every week to lay fresh flowers by her side. On Monday, April 13th, he will be interred alongside Denise at the Holy Sepulchre Cemetery in Hayward at a private graveside service and reunited with her in eternal happiness and peace. A recitation of the Rosary occurred before internment, and a memorial Mass of Christian burial will be announced at a later date.

In lieu of flowers, the family asks that memorial contributions be made in memory of Danny or Denise to the Esselstyn Family Foundation or the UCSD Blood Cancer Research Fund.

See https://www.greermortuary.com/tributes/Daniel-Maddix for the complete obituary.

Published by San Francisco Chronicle from Apr. 8 to Apr. 10, 2020.
To plant trees in memory, please visit the Sympathy Store.
MEMORIAL EVENTS
Apr
13
Graveside service
Holy Sepulchre Cemetery
Hayward, CA
MAKE A DONATION
MEMORIES & CONDOLENCES
4 Entries
Danny was a fantastic classmate at North High. Deepest condolences to all his beloved friends and family. May our Lord's Holy Spirit comfort and carry you.
Carmen Minard Moseley
April 12, 2020
Many childhood memories with the Maddix family. My sincere condolences and prayers to you all. Rest in Peace Danny
Albert
Friend
April 11, 2020
So so sorry to hear of this. I knew Danny when he was still in High School. Danny was the finest young man you had the privilege of knowing. He was such an intelligent young man with a good sense of humor. He came from a wonderful family. My condolences to his family. May you Rest In Peace Danny Carol (Hopkins) Johnson
Carol Johnson
Friend
April 10, 2020
Rest In Peace Danny...
Gary Day
April 9, 2020
Showing 1 - 4 of 4 results