Donald Nichols
1933 - 2021
BORN
1933
DIED
2021
Donald B. Nichols, MD
March 9, 1933 - February 9, 2021
A resident of San Mateo, Donald B. Nichols passed away peacefully on February 9, 2021. Don was a cheerful and optimistic person, one to see the best in people and situations, as he helped others and made them feel welcome. He will be dearly missed and fondly remembered by all of his loving family and friends.
Born in Lancaster, Ohio, the eldest son of six children (3rd child), his father was a family physician and Don helped carry the 60-pound medical bag on house calls. There was never any doubt that Don wanted to become a family physician too. He attended the Lancaster Public schools through High School, where he was on the champion basketball team. He then spent one year at Oberlin College and three years at Earlham College, a Quaker school in Richmond, Indiana, where he played on the tennis team and graduated with honors in Biology in 1955. He went to the University of Cincinnati for Medical School from 1955 to 1959 and had an internship year there at St. Mary's Hospital, before joining his father in family medical practice in 1960. During those four years of medical school, he was married and had two children, Jeff and Mark. His third son, Douglas was born during his first year of practice in Lancaster, OH. He stayed in Lancaster for 14 years, and after the death of his father, decided to move to California in 1974, locating in Hillsborough and joining a medical group practice at 1 Baywood Ave in San Mateo. He was remarried in 1978 to Marion "Reddie" Houston, who had four children, three girls, Kathy, Susan, Holly, and a son, Rick.
Don had many talents and interests as he enjoyed the symphony and restaurants of San Francisco, traveled extensively throughout California and across the world to six continents, became a longtime fan of the San Francisco 49ers and SF Giants, occasionally played tennis and golf, was an avid reader, and was an entertaining piano player for decades. He also enjoyed gardening, skiing, barbecuing, the game show Jeopardy, playing bridge, dominos, and badminton with friends. He acted in plays and skits over the years and was a singer in the Fault Line A Cappella Chorus until 2020. He and Reddie were active members of the Hillsborough Racquet Club for decades and were Deacons and Elders in the First Presbyterian Church of Burlingame. Don was adored by countless patients and their entire families that he cared for over his 59 years of practice. He was for a time medical director for his partner practices, spent time teaching as an associate faculty at UCSF, and in recent years he supported the student health centers at both the College of San Mateo and Cañada College.
He is survived by his wife Marion "Reddie", sister Marilyn (New Zealand), sons Mark (Kansas City), Doug (Morongo Valley, CA), and Rick (Carmel Valley, CA), and daughters Kathy (Alaska), Susan (Burlingame), and Holly (San Miguel de Allende, Mexico), eight grandchildren, and two great-grandchildren.
In lieu of flowers, please consider giving in honor of Don to his alma mater Earlham College (765-983-1313; earlham.edu/giving/), First Presbyterian Church of Burlingame (650-342-0875), or organizations supporting education of Native Americans (e.g., 303-426-8900, collegefund.org). A celebration of his life will be scheduled at a later time as the pandemic eases.

Published by San Francisco Chronicle from Feb. 19 to Feb. 21, 2021.
To plant trees in memory, please visit the Sympathy Store.
MEMORIAL EVENTS
To offer your sympathy during this difficult time, you can now have memorial trees planted in a National Forest in memory of your loved one.
MAKE A DONATION
MEMORIES & CONDOLENCES
2 Entries
It was truly a shock to learn of our dear Uncle Don’s passing. He was always so full of life and it was heartbreaking to know he would no longer be here. He served as an anchor for many of us. He was always welcoming and made us all feel special in his presence. He came to our Mother’s side prior to her death, knowing how important it meant to us all. His smile was infectious. He would sit at a piano and we would be in awe as he played just by hearing a song. I can recall our many visits to Lancaster when we shared our times together as family. To our dear Cousins and Aunt Reddie, please know our love, thoughts and prayers are with you. May there be comfort in the many memories you hold dear in your hearts. We love you! ❤
Martha Younger-White
Family
February 23, 2021 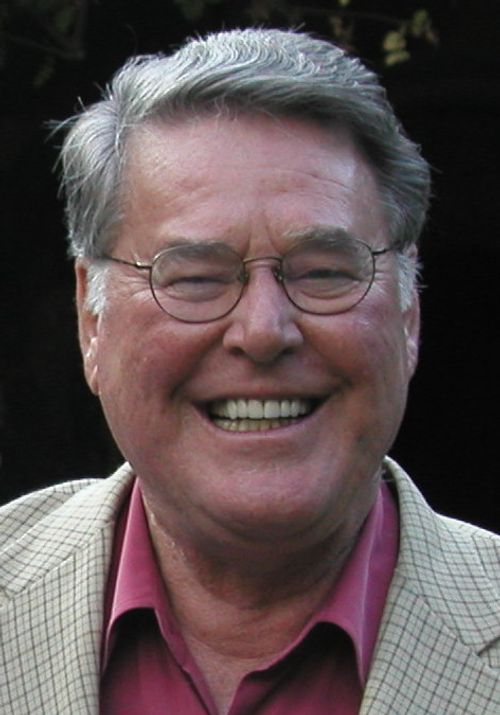