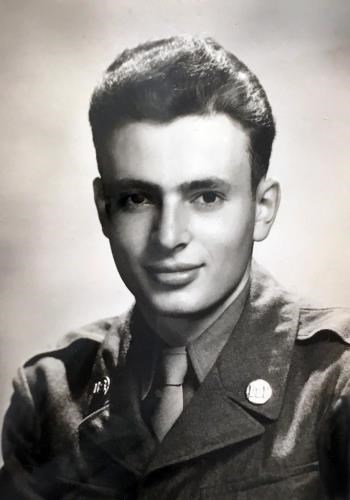 Felix "Flip" Laks, M.D., (died May 20, 2021) was born on September 25, 1928, in Frankfurt, Germany. In the face of increasing anti-Semitic attacks with the rise of Hitler and Nazism, with his father Bernard, his mother Rosa, and his sister Sima (1922-1975) he emigrated to the United States in 1936. They eventually settled in Blackwood, New Jersey, as chicken farmers, with other German Jewish refugees as neighbors. He was a gifted student and a talented athlete, and was even scouted by a minor league baseball team that recognized his pitching prowess. After high school, Felix joined the Armed Forces, and with his rich, deep voice was recruited to do a tour with the Army Radio Service in post-war occupied Japan.

On his return to the U.S., he attended New York University and then pursued his passion to be a doctor at New York Medical College. He received his M.D. in 1956, and moved to San Francisco where he would spend the rest of his life. His medical career with Kaiser Permanente spanned five decades, primarily as a family practitioner, and also in its pain clinic. Dr. Laks was highly regarded and well-loved by his peers and patients alike, providing wonderful care for many years. Perhaps the last of his kind, he made house-calls, driving the length and breadth of San Francisco with his black doctor bag, offering a warm, friendly bedside manner to patients at home and in nursing facilities. He was recognized, known, and respected, venturing safely into any neighborhood at any hour, in one of his vintage muscle cars.

He was one of a kind in other ways too. He loved to play and coach basketball, and well into his sixties had an unstoppable hook shot that somehow found the hoop from ridiculously far "outside." He was an avid hometown sports fan. Equally, Felix loved animals of all kinds, including local raccoons who he couldn't resist feeding from the back porch of his Twin Peaks home, and his dear cat Coco. He cherished his small family and his many friendships, some dating back decades, and others arising more recently, blossoming from a random conversation with a barista or a strong connection with a devoted caregiver who assisted him this past year following an injury that limited his mobility.

Felix lived a long life, laced with kindness, generosity, compassion, humor, and his unique brand of lovable quirkiness. He is pre-deceased by two beloved partners, Ursula Lieder and Helen Mogck, and is survived by his niece Judy Felsen and her husband Jack Karp; his nephew Michael Felsen and his wife Tolle Graham; great-nephews Sam Graham-Felsen and his wife Sasha Weiss, and their children, great-great nephew Lev and great-great niece Misa; great-nephew Joe Graham-Felsen and his partner Araks Yeramyan and their son, great-great-nephew Sevan; and great-nephew Jake Graham-Felsen; and his many dear friends. Special appreciation to his caregivers and friends for their wonderful attentiveness to him during this past year, and to his longtime physician and friend, Dr. Barry Bugatto.

We all will miss him greatly. Graveside service will be private. Contributions in his memory can be made to the Marine Mammal Center in Sausalito and the Marin Agricultural Land Trust. 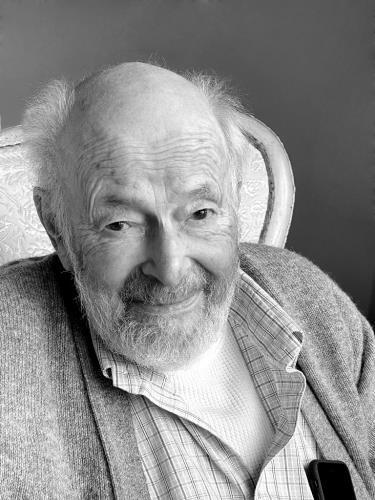 Published by San Francisco Chronicle from May 25 to May 26, 2021.
To plant trees in memory, please visit the Sympathy Store.
MEMORIAL EVENTS
To offer your sympathy during this difficult time, you can now have memorial trees planted in a National Forest in memory of your loved one.
MAKE A DONATION
MEMORIES & CONDOLENCES
2 Entries
Sayonara old friend... from our days in the 1940´s in NYC to both our renewals in California... a strong 70 year friendship ....God Bless and rest well good Buddy. https://www.google.com/url?sa=t&source=web&cd=&ved=2ahUKEwjZ4Mb1j5vzAhXBop4KHZ_IBxAQFnoECBQQAQ&url=https%3A%2F%2Fwww.legacy.com%2Fus%2Fobituaries%2Fsfgate%2Fname%2Ffelix-laks-obituary%3Fpid%3D198787643&usg=AOvVaw3IrspbJVBU86XMWl1XfOzD
Clifford Tatum
Friend
September 25, 2021
Oh. I just learned of Felixes passing. We were neighbors on Glenview for 19 years. I'd walk up to visit he and Ursula whenever I saw them arrive in either her cool little red car or his 72 Chevelle. I enjoyed them both so very much. Felix always made me laugh. Always with a funny story or anecdote despite his trials or physical challenges. Always looking out for the random animal that would show up at his back door, like Coco, his feral cat. He adored that sweet kitty. I saw Steve about 8 month ago and he told me of Felix assisted living situation. I was relieved that he was being well taken care of. I knew his nephew was always looking out for him but well, you know Felix- not always willing to follow recommendations! I hope that he did not suffer at his end. I will remember him always. And was so surprised to read all of the details of his life prior. A life well lived indeed. My condolences to the family.
Mary Frances Connors
Neighbor
June 18, 2021
Showing 1 - 2 of 2 results