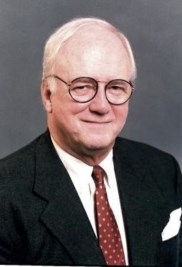 Beloved husband and father of six, former Northwestern University School of Law professor and Associate Dean, and respected arbitrator and mediator, died on March 21, 2013 at the age of 83 from complications following a stroke. He was born in Chicago to the late Evans and Marian Hubbard Holt Spalding. After graduating from Phillips Exeter Academy in 1946 and Yale University in 1950, he began his professional career working briefly for NBC in New York before serving as an officer in the U.S. Marine Corps during the Korean War. Following the war, he worked for Proctor & Gamble in Cincinnati before returning to Chicago as a marketing consultant for McKinsey & Company and then as an account executive at Leo Burnett.

Frank found his calling when he matriculated at Northwestern University School of Law, where he was associate editor of the Northwestern University Law Review and graduated magna cum laude in 1964 as a member of the Order of the Coif. He practiced at the Chicago law firm of Isham Lincoln & Beale for a year before joining the Northwestern Law faculty, where he taught for 17 years. While at Northwestern, Frank took a two-year sabbatical and went to Zambia with his family and two law students to research and write, One Zambia, One Judiciary: The Lower Courts of Zambia, which appeared in the Zambia Law Journal. He regarded his time in Zambia as one of the highlights of his life.

In 1981, having grown tired of Chicago's climate and feeling ready for new challenges, Frank moved his family to San Francisco, where he briefly held academic appointments at Hastings College of the Law and at Golden Gate University School of Law, before establishing himself as an arbitrator and mediator. He relished his role as a full-time neutral and became a prolific author and educator on a variety of alternative dispute resolution topics. He participated in countless ADR panels and programs and contributed to a number of academic and professional journals and treatises, including the California ADR Practice Guide. Throughout these busy years, Frank spent most weekends at his home at The Sea Ranch on the Sonoma coast.

Frank had a life-long love of music and was an avid supporter of the San Francisco Symphony. He and Dorothy, his wife of 47 years, shared a passion for travel, exploring destinations in every corner of the globe. Frank is survived by his large and loving family and will be dearly missed by all: his wife Dorothy; their daughter Susan and husband Steven Boranian, and children Lauren, Christopher, and Matthew; their son Robert and wife Arlene, and children Alexander and Caitlin; also Frank's children from his first marriage to the late Mary Miller Spalding, his son Richard and partner Peter Bubriski; his daughter Anna, wife of the late John Gibson; his son William and wife Sandra, and children Katherine and Eliza; and his daughter Mary and husband William O'Meara, and children William, Matthew, and Brian; as well as Frank's sister Camilla Prosser, and children John, Andrew, and Marian. A private memorial service is planned.

Published by San Francisco Chronicle from Apr. 27 to Apr. 28, 2013.
To plant trees in memory, please visit the Sympathy Store.
MEMORIAL EVENTS
To offer your sympathy during this difficult time, you can now have memorial trees planted in a National Forest in memory of your loved one.
MAKE A DONATION
MEMORIES & CONDOLENCES
3 Entries
Condolences to Dorothy. Frank was a treasured colleague. Jim Madison
May 6, 2013 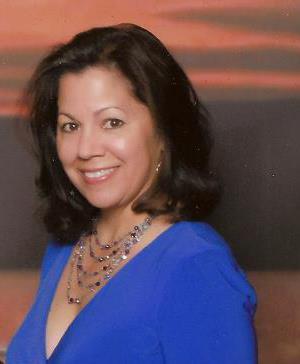 Although I never had the pleasure of meeting Frank, we built a friendship over the phone when I booked cruises for him,Dorothy and his family. I could tell he was a very special man. I will miss him very much. My sympathies go out to Dorothy, Susan, and the rest of his family.
Teri Alvarado
April 29, 2013
My best wishes to all Spaldings and Prossers. Uncle Frank was a special man. lots of love, Darcy
April 29, 2013
Showing 1 - 3 of 3 results