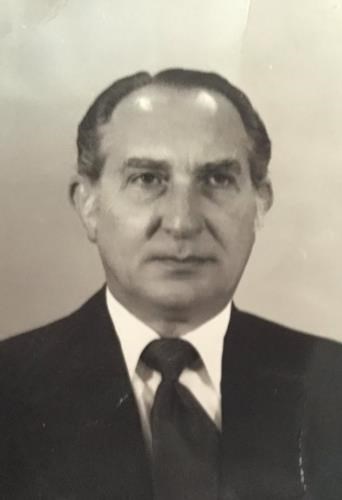 G. John Marchi, 92 passed away peacefully on Thursday, May 25th, 2017, in his home in San Francisco, California. John was born August 19th in Somerville, Massachusetts. He joined the Air Force and served in World War II, then attended Tufts University. He served as a special agent for the Federal Bureau of Investigation where he had a distinguished career for 30 years.

He is survived by his wife of 61 years, Elva, their three children, Debra Marchi of San Francisco, Janice Marchi-Varlow of San Rafael, and James Marchi and his wife, Lisa, of Napa, and his three grandchildren, Sophia, Alessandra and Gianni

A private burial service will be held at the Italian Cemetery in Colma, California, on Friday, June 2nd where he will be laid to rest.
Published by San Francisco Chronicle from May 28 to May 31, 2017.
To plant trees in memory, please visit the Sympathy Store.
MEMORIAL EVENTS
To offer your sympathy during this difficult time, you can now have memorial trees planted in a National Forest in memory of your loved one.
MAKE A DONATION
MEMORIES & CONDOLENCES
1 Entry
Enjoyed are many talks over dinner and vino at the Marchi home. Thanks for all the memories over the past thirteen years, may you rest in peace. Stevie boy
June 1, 2017
Showing 1 - 1 of 1 results