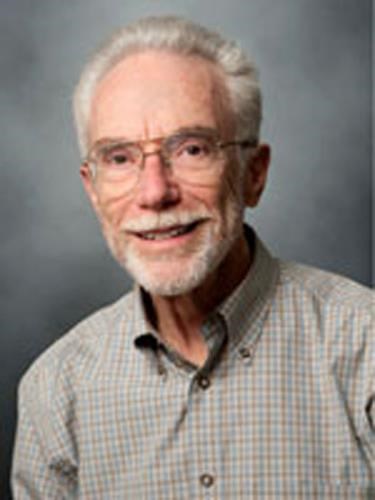 BORN
1934
DIED
2020
Gary David Friedman
March 8. 1934 - July 18. 2020
Gary Friedman, MD, MS, had a deeply satisfying career as a medical research scientist, which began in the U.S. Public Health Service. In 1968, he became a senior epidemiologist at the Kaiser Permanente Northern California Division of Research, where he was one of the first researchers to conduct extensive epidemiological studies in the setting of a health maintenance organization. Gary was appointed its assistant director for epidemiology and biostatistics, and served as its director from 1991 to 1998. He served as president of the American Epidemiological Society from 1999-2000, and in 2000, was awarded a Distinguished Service Award from the University of Chicago's Medical and Biological Sciences Alumni Association. His scientific publications number over 300.

In Gary's long career in medicine, he had the privilege and pleasure of working with many talented colleagues. He enjoyed his role as mentor, and became a consulting professor at the Department of Health Research and Policy of the Stanford University School of Medicine.

In midlife, Gary returned to a lifelong passion for classical music, and at the age of 50 began taking oboe lessons, the beginning of a decades-long creative journey during which he practiced and performed with several local chamber groups and community orchestras. Soon, he started writing, performing, and publishing his own chamber music. He particularly liked the sound of the English horn, and it was featured in his favorite pieces.

Gary Friedman leaves his beloved wife Ruth Helen Friedman, daughter Emily Faxon and her partner John Turmes, sons Justin Friedman and his wife Anil, Rick Friedman and his wife Donna, and his grandchildren Sophie, Nate, Lily, Defne, Brett, Michelle, and Will, as well as many friends who treasured his kindness, generosity, and good humor. A memorial gathering will be held at a later date. Please consider a contribution in his memory to The Leukemia & Lymphoma Society, the San Francisco Conservatory of Music, or the San Francisco Symphony.
Published by San Francisco Chronicle from Jul. 23 to Jul. 25, 2020.
To plant trees in memory, please visit the Sympathy Store.
MEMORIAL EVENTS
To offer your sympathy during this difficult time, you can now have memorial trees planted in a National Forest in memory of your loved one.
MAKE A DONATION
Please consider a donation as requested by the family.
MEMORIES & CONDOLENCES
5 Entries
What a wonderful person. Both the epidemiological and musical communities will miss him.
Dan Hrdy
Friend
July 29, 2020
A wonderful composer for a wide range of instruments including Alphorn and Erhu. He was a generous chamber musician. I played with him with the SF Civic Symphony, Humboldt Chamber Music Workshop, and NCMC. He was patient and supportive.
Brian Colfer
Acquaintance
July 24, 2020
Although I hadn’t seen you in a long time, I will miss your smiling face and your oboe playing.
Linda Ashworth
Friend
July 23, 2020
It was wonderful to get to know Gary, first at the SF Community Music School orchestra, and in so many musical settings beyond. He contributed so much to the music community. Laurie Cohen
Laurie Cohen
July 23, 2020
I will sure miss seeing Gary at the Humboldt Workshop, and am happy he left us so much wonderful chamber music to play and enjoy.
Jennie Ficks
Friend
July 23, 2020
Showing 1 - 5 of 5 results