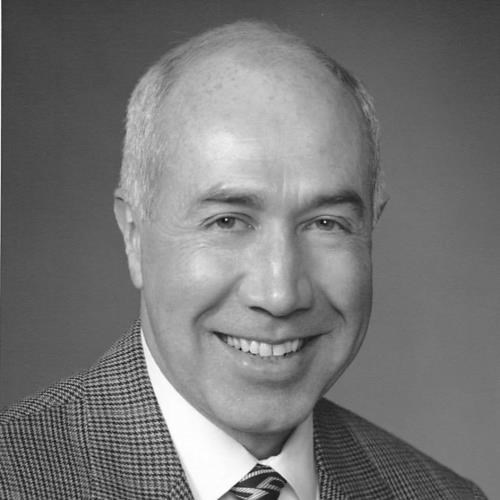 BORN
1942
DIED
2019
FUNERAL HOME
Conejo Mountain Funeral Home
2052 Howard Road
Camarillo, CA
Gregg Glenn SauterGregg G. Sauter, 76, passed away on November 3, 2019. He was preceded in death by his father, Verl Glenn Sauter and his mother, Emma Camille (Laughlin) Sauter. Gregg is survived by his loving wife of 41 years, Paulette; sister, Sheri Meltebeke and her daughers, Stacy Deveraux (Ted), Heather Bristol (Dan) and Marisa Meltebeke (Tim) along with numerous nieces and nephews.
Gregg was born and raised in Portland, Oregon. He attended Cleveland High School and made many lifetime friends. Gregg went on to receive his B.S.B.A and his B.S. in Civil Engineering and Mechanical Engineering at Oregon State University. He later attended Southern Methodist University where he received his M.B.A. Gregg was a Registered Structural Engineer and a Licensed General Contractor.
He began his illustrious career at Boeing as a structural engineer working on the 747 program and moved onto Turner Construction Company in San Francisco from 1973 until 1978 where he served as project engineer and manager for the Wells Fargo Bank, Clorox Building, Combustion Engineering Laboratory in Livermore, CA and the Moscone Exhibition Center in San Francisco. Later, Gregg was the Senior Project Manager, V.P., and Project Manager for Continental Heller Construction in Los Angeles from 1978 until 1990. Following his time in Los Angeles Gregg went on to be President and General Manager for Howard S. Wright Construction Company in Seattle, WA from 1990 until 1995. He would later work as the Manager for Construction for HCA Healthcare from 1995 until 2000 and as the Healthcare Division Manager for Turner Construction in Los Angeles in from 2000 until 2005. Some of Gregg's projects included Amgen, Allergan, Cedars-Sinai Baxter and Catholic Healthcare West.
Gregg would finish his career with Jones Lang Lasalle and Skanska in Los Angeles from 2005 until 2010 where he served as V.P. of Healthcare on projects that included Palomar Pomerado Health, City of Hope and Kaiser Permanente.
Gregg and his devoted wife, Paulette retired in Camarillo. They enjoyed traveling, taking cruises and golf. Gregg was a caring and loving soul who will be missed by many friends and loved ones.
In lieu of flowers, please donate to the American Heart Association or organizations for cancer research.
Celebration of Life services for Gregg will be held at Conejo Mountain Funeral Home and Memorial Park, 2052 Howard Road, Camarillo, CA 93012 on Monday, November 11, 2019 at 11:00 A.M.
Condolences may be left at www.ConejoMountain.com.
Published by San Francisco Chronicle from Nov. 6 to Nov. 8, 2019.
To plant trees in memory, please visit the Sympathy Store.
MEMORIAL EVENTS
Nov
11
Celebration of Life
11:00a.m.
Conejo Mountain Funeral Home
2052 Howard Road, Camarillo, CA
Funeral services provided by:
Conejo Mountain Funeral Home
MAKE A DONATION
Please consider a donation as requested by the family.
MEMORIES & CONDOLENCES
Sponsored by Conejo Mountain Funeral Home Memorial Park and Crematory.
1 Entry
Paulette and Sheri,
Please accept my condolences for my dear old friend and Best Man, Gregg. His humor and loyal friendship were a central part of my life for many years, and I was the better for having had them. Don Pagano
November 9, 2019
Showing 1 - 1 of 1 results