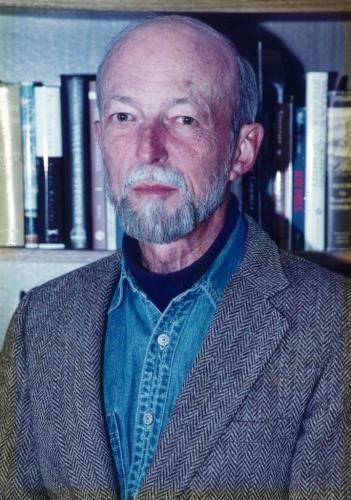 Joe continued his involvements with public land advocacy groups in recent years. For as long as his health would allow, he remained an active member and officer of the Regional Parks Association. He served also on the executive committee for the Claremont Canyon Conservancy, leading a sizeable project that involved planting thousands of redwood seedlings in the canyon, with the help of many volunteers. Now that enough redwoods have survived and begun to make their growing presence known, the value of the tree-planting project to the Conservancy's ambitious fire-abatement goals becomes increasingly clear.
We cannot here ignore Joe's love of golf. All of his former partners admired his "sweet swing." One of them recalls his joy on the golf course. Another remarks that in Joe's company you felt that you were golfing with someone with the keys to golf's greatest secrets, which he would quietly share with you at the right moment.
It must also be said that there was no better companion than Joe on a hike or a backpacking trip. He knew the plants, the trees, the birds, the rocks, and the weather. He also loved Lake Tahoe and fast boats.
In addition to his loving spouse, Sondra Reid, Joe is survived by his son Eric Engbeck, Eric's wife, Debbie, and their daughter, Erin, and son-in-law, Laurent; and by his son John Engbeck and John's children, Niccolo and Marriah. Joe will also be missed by two stepchildren and their families (David Reid and wife Anne, and Jennifer Cord and husband Matthew), including five step-grandchildren.
The family thanks a loyal team of caregivers, led by Dennis Vergara, whose devoted attentions made it possible for Joe to remain at his home until the end.
Memorial donations may be sent to Save the Redwoods League, 111 Sutter Street, 11th Floor, San Francisco, CA 94104 (www.savetheredwoods.org), or to an environmental organization of your choice. A time for a gathering in Joe's honor will be announced at a later date.


Published by San Francisco Chronicle from Apr. 7 to Apr. 12, 2020.
To plant trees in memory, please visit the Sympathy Store.
MEMORIAL EVENTS
To offer your sympathy during this difficult time, you can now have memorial trees planted in a National Forest in memory of your loved one.
MAKE A DONATION
MEMORIES & CONDOLENCES
5 Entries
When I left home for the university, my cousin Joseph ushered me out of the nest, offering me a room for the summer in the Engebeck home, and arranging for my first job as a biologist. Years before, he had explained his love for the redwoods he had emblematically planted at the corner of his corner lot. Years later, Joseph arranged for me to join him on the Board of Save the Bay. His gentle inculcation of the value of community service and the urgency of conservation action are among the most meaningful of gifts one could hope to receive. May the redwoods now planted on the corner of my corner lot stand with his as testament to Joseph's vision and dedication.
Christopher Richard
Family
May 1, 2020
I was looking back on UC Berkeley years tonight and thought I'd just check on Joe Engbeck, the teaching assistant who watched over me when I was taking a short story writing class under Professor Thomas Parkinson. After I had submitted a few stories, they apparently were good enough or bad enough that Parkinson became suspicious and tasked Joe to find out if I was plagiarizing. I still have some of those stories, marked up by Joe's pencil. My wife Stephanie and I became close friends with Joe and his wife Martha, whose speciality was beef stroganoff over flat noodles, accompanied glasses of Almaden Zinfandel, the poor man's Cabernet at $1.20 a bottle. We'd play monopoly after dinner and when the girls were about to wipe us off the board, Joe and I would partner up and assume an infuriating nonchalance, saying that we had had enough of real estate and intended to retire to Switzerland where we would raise Dalmatians and race our sailboats on the lakes. And of course we then would begin to win with every throw of the dice. I found tonight that Joe died three weeks ago at his Berkeley home among the towering redwoods he planted in his own yard, part of his scholarship about and his love for and his protection of the natural wonder and beauty of California.
Looks like Joe, seven years my senior, got to Switzerland before me. I expect to see him there someday, a Dalmatian resting his head against his knee, his sailboat straining at its anchor on the lake below.
I had feared for awhile I would find him gone; this is a great loss, a time for great sadness.
Joe would have crossed out that last sentence. Don't tell them, Walt. Show them.
Walter Wright
April 20, 2020
I feel privileged to have known and worked with Joe as friend, colleague, and neighbor. Among his many wonderful traits was his natural talent for writing with both sophistication and folksiness. We owe a lot to Joe for setting the tone of outreach of the Claremont Canyon Conservancy, of which he was a founding member. I will miss you, Joe.
Marilyn Goldhaber
April 12, 2020 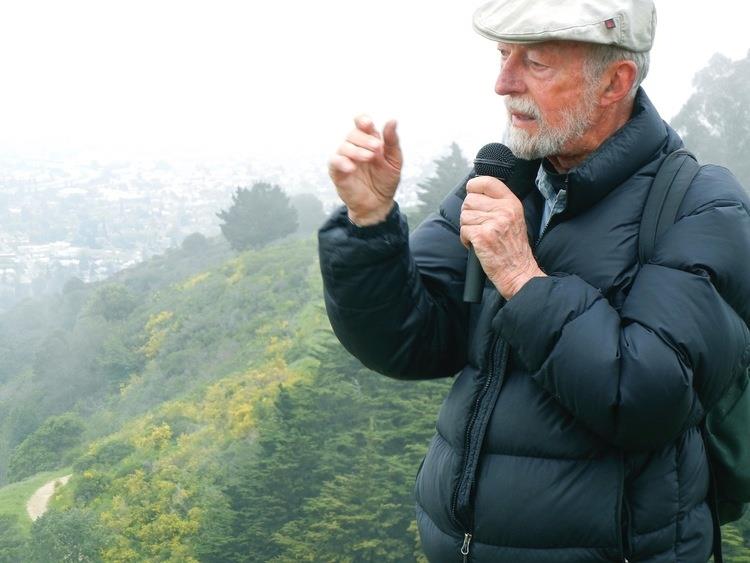