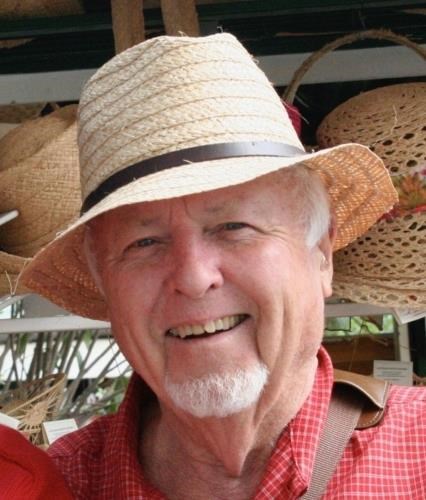 Phil Greene, a cinematographer and documentary filmmaker for KQED and professor of filmmaking at the SF Art Institute and City College of SF, has died. Phil was born in Berkeley on June 25, 1927, but his family moved to Connecticut when he was 10. As a young man, having done two stints in the Navy and graduated from Trinity College as a pre-med student, Phil headed for San Francisco and medical school. At a boarding house on Russian Hill, he met his future wife, Nilda Caporale ("Cappy"), and also students from the SF Art Institute whose liveliness inspired him to enroll in a photography class. He won two student contests there and took a course with Ansel Adams. Medicine was forgotten.
Phil was lab assistant to Ansel for two years before he moved on to work with Dorothea Lange for four. These two great photographers were very different and Phil liked and learned much from both, bonding especially with Dorothea.
Around 1960, he was made principal cinematographer in a documentary film unit being formed at KQED by Irving Saraf and Richard Moore. This essentially five-person crew made over 110 varied films in about twelve years (an official of another PBS station said, "I don't know how they do it"). Among their best-known films were the series "Poetry USA" and "Writers in America," one on Duke Ellington, and one on the drive to register black voters in Louisiana. Phil also directed and filmed at least four important films on his own: two on his friend and mentor, Dorothea Lange, one on the Navajo nation, and a precedent-breaking aerial film of California, entitled "The Place For No Story" after a poem by Robinson Jeffers.
For two years Phil photographed from helicopters and planes, alone with the pilots and zigzagging southward from pristine Mt. Shasta over an increasingly desecrated landscape to the tangle of freeways around Los Angeles. His ecological sub-text is only implied because there is no sustained narration, only a brief introduction by Moore and Mark Berger's remarkable sound track using snippets of noises from below and music selected by Richard Felciano.
Shown nationwide on PBS stations, this film attracted an extraordinary response. A few viewers complained of the lack of narration but others were wildly enthusiastic. Most newspaper reviewers were lavish in their praise. An official of PBS in Manhattan wrote that he was completely turned on by this "astounding piece of television," finding "the photography, the cutting, the track, the gripping, awful truth of the entire piece…really quite incredible." The SF Chronicle"s Terence O'Flaherty called it "spectacular" and "the best film view of the State of California ever made."
After the work he did with KQED, Phil moved on and eventually taught film at the San Francisco Art Institute and at City College of San Francisco. He loved to teach and he was good at it. Students responded to his stories, his jokes, his sharp critical eye, and his encouragement — no matter how seemingly hopeless the film, he could always spot something to build on.
His wife, Cappy, was an innovative teacher who also played an important role in integrating San Francisco public schools. Their marriage produced three children and lasted for fifty years of work, family, friends, great food and visits to their "discovery," a tiny island in Italy's Lake Maggiore.
Phil and Cappy moved to Mill Valley in 1973 where they lived together for nearly 30 years, both of them continuing their work in San Francisco.
Cappy died in 2003. Four years later, Phil met art historian and editor, Helen Giambruni. Before his unexpected death from a brain tumor on August 12, 2017, they had ten good years together. He is is survived by his partner, Helen, his daughters Antonina and Mia (Patrick Wyman), his son Sean (Tess Felix), grandchildren Annie, Milan, Sam, Ben, Georgia and Teo, his sister, Margaret Bernard and nephew David (Lise), with sons Andre and Christian.
A celebration of Phil's life will be held at the Mill Valley Community Center, 180 Camino Alto, on Sunday, April 8 from 1- 4 pm. All are welcome.
Published by San Francisco Chronicle from Feb. 9 to Feb. 11, 2018.
To plant trees in memory, please visit the Sympathy Store.
MEMORIAL EVENTS
Apr
8
Celebration of Life
1:00p.m. - 4:00p.m.
Mill Valley Community Center
180 Camino Alto, CA
MAKE A DONATION
MEMORIES & CONDOLENCES
1 Entry
The family of Philip Greene have my condolences during this difficult time. May the promise found at 2 Thessalonians 3:16 bring you some comfort. "May the Lord of peace himself give you peace constantly in every way. May the Lord be with all of you."
Elias
February 14, 2018
Showing 1 - 1 of 1 results