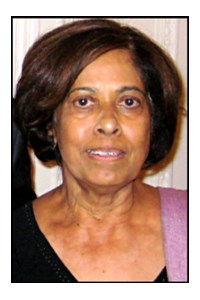 Dr. Shyamala G. Harris Scientist, Teacher, Civil Rights Activist and Mother A world-renowned scientist, a mentor, an activist, a mother. Despite her 5-ft stature, hers was a commanding presence characterized by a sharp wit, keen sense of humor and endless depth of knowledge. She embodied an independent, confident and curious spirit that led her to travel alone to the U.S. as a teen; forge a career as a brilliant breast cancer researcher; join the Civil Rights Movement; introduce a generation of students of color to careers in science; and, through it all, raise two remarkable young women, by herself. That same, triumphant spirit was present when Dr. Shyamala G. Harris, after a courageous battle with cancer, passed away on Feb 11, 2009. She was 70. Born in south India, Shyamala's childhood was rich with music, culture, art and travel. As a young girl, she won a national gold medal for singing classical Indian music. The daughter of Rajam and P.V. Gopalan, Shyamala's father served as a diplomat in the Indian government. Through his travels, Shyamala developed a deep appreciation for cultural diversity and egalitarianism. Precocious and determined, she started school as a toddler and received her undergraduate degree at Delhi Univ. when she was just 19. She left home to study abroad at UC Berkeley earning her Ph.D. in nutrition and endocrinology at age 25. Known by her colleagues as innovative, insightful, generous and loyal, Shyamala spent her early career conducting research at Berkeley's Dept of Zoology and Cancer Research Lab. She returned to the U.C. campus for the last decade of her work at the Lawrence Berkeley Lab. Her talent as a breast cancer researcher took her to universities around the world, from the Univ of Illinois and Univ of Wisconsin, to France, Italy, and a 16-year tenure at the Lady Davis Inst for Med Research at the Jewish General Hosp and the Dept of Med at McGill Univ. in Montreal. She made substantial contributions to the field of hormones and breast cancer, publishing her research in countless journals and receiving numerous honors. A frequent Nat'l Inst of Health peer reviewer and Federal Advisory Committee site visit team member, Shyamala's distinction led to her service on the President's Special Comm'n on Breast Cancer. One of her greatest contributions was her seminal work in isolating and characterizing the progesterone receptor gene in a mouse-a momentous finding that transformed our understanding of the hormone-responsiveness of breast tissue. Her discovery sparked a plethora of advancements regarding the role of progesterone and its cellular receptor in breast biology and cancer. Perhaps Shyamala's most enduring legacy in science stemmed from her efforts as a teacher. Dozens of students populated her lab through the years. Often of color and the first in their families to pursue careers in science, these students eagerly sought Shyamala's mentorship, which often stretched beyond the lab to encompass lessons in life. Whether helping a student negotiate the UC bureaucracy, find an affordable apartment, or enjoy a home cooked meal, Shyamala was there. She took tremendous pride in their love of learning and later successes, as many grew to take on leadership positions in medicine and science. And then there were the quiet acts of kindness she performed without fanfare or notoriety, such as counseling and comforting African-American women battling breast cancer. Her passion for science was augmented by a fervent commitment to social justice. While a student at Berkeley in the '60s, she became fully engaged in the Civil Rights Movement, leading to a lifelong fight against injustice, racial discrimination and intolerance. She instilled these values in her daughters, who in turn have dedicated their lives to the pursuit of justice and equality - one as the first female elected District Attorney of SF and the other as vice president of Peace and Social Justice at the Ford Foundation in NY. But for all she accomplished in her life and career, the roles Shyamala cherished most were of "Mommy" and "Grandma." She relished every moment she spent with her daughters and her self-described "greatest gift," her granddaughter. The void Shyamala leaves is deep. Missed and loved by those she left behind, her spirit lives on in her daughters, Kamala and Maya; son-in-law, Tony; granddaughter, Meena; mother, Rajam; brother, Balachandran; sisters, Sarala and Mahalakshmi; niece, Sharada; and many extended family members and friends. A Memorial Service will be held at 3 p.m. on Mar 28 at the Bellevue Club, 525 Bellevue Ave., Oakland. In lieu of flowers, donations may be made to Breast Cancer Action, 55 New Montgomery St., Ste 323, SF, CA 94105.
Published by San Francisco Chronicle on Mar. 22, 2009.
To plant trees in memory, please visit the Sympathy Store.
MEMORIAL EVENTS
To offer your sympathy during this difficult time, you can now have memorial trees planted in a National Forest in memory of your loved one.
MAKE A DONATION
MEMORIES & CONDOLENCES
34 Entries 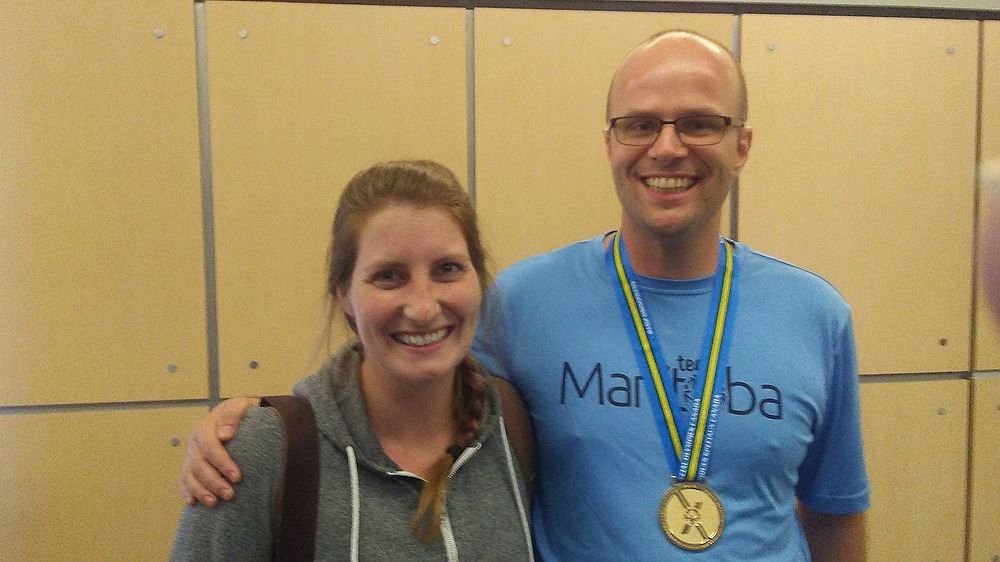 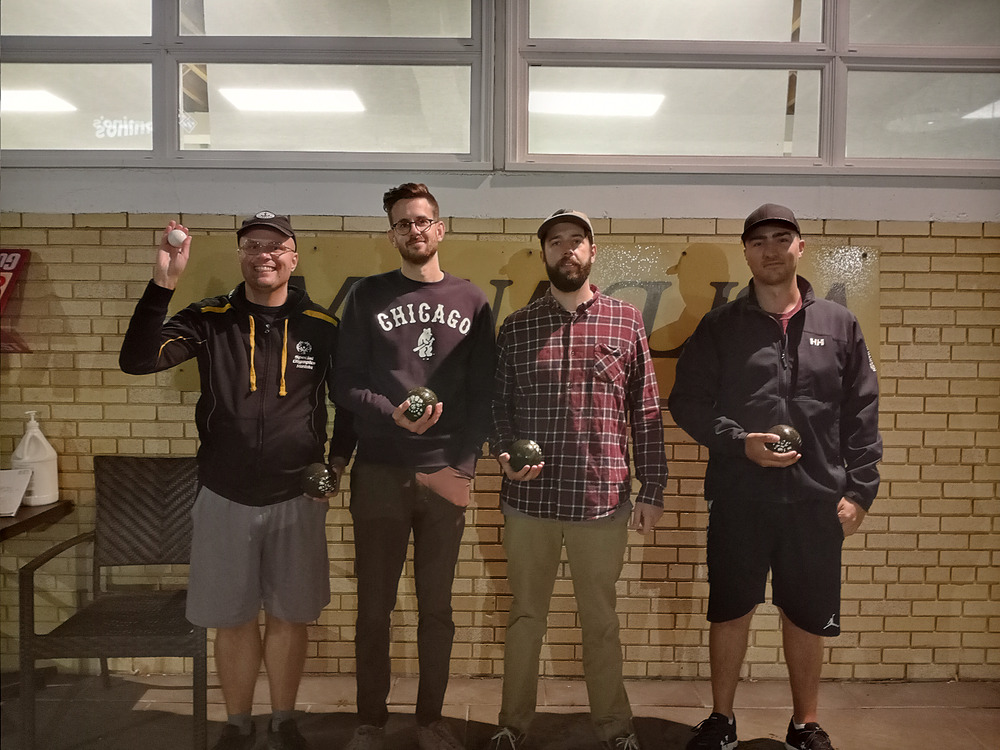 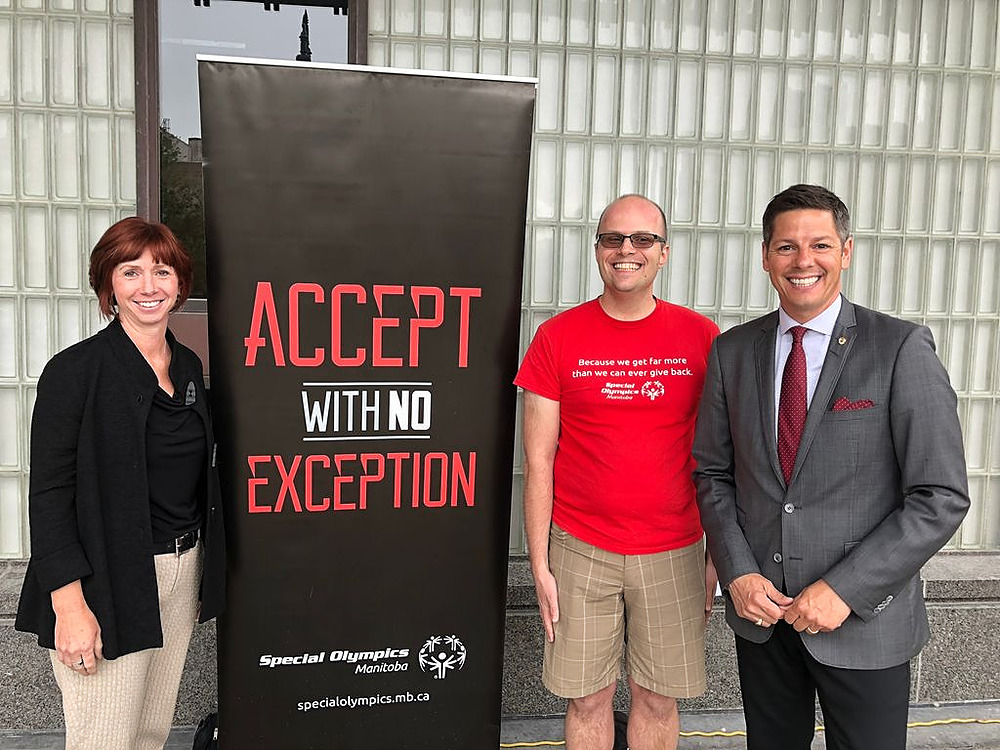 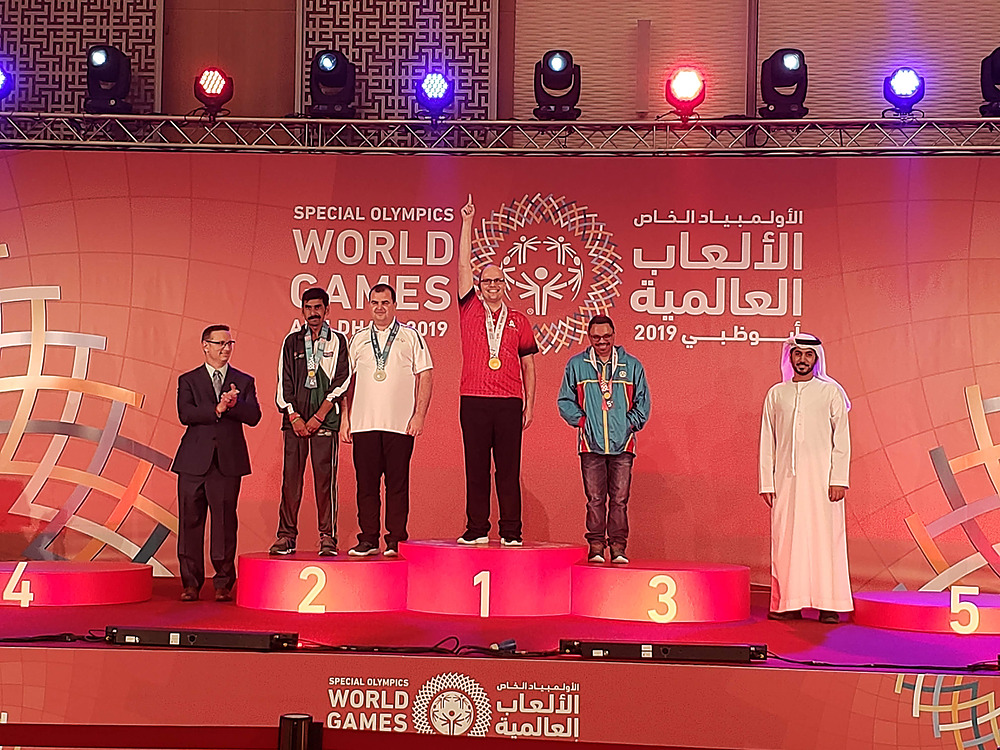 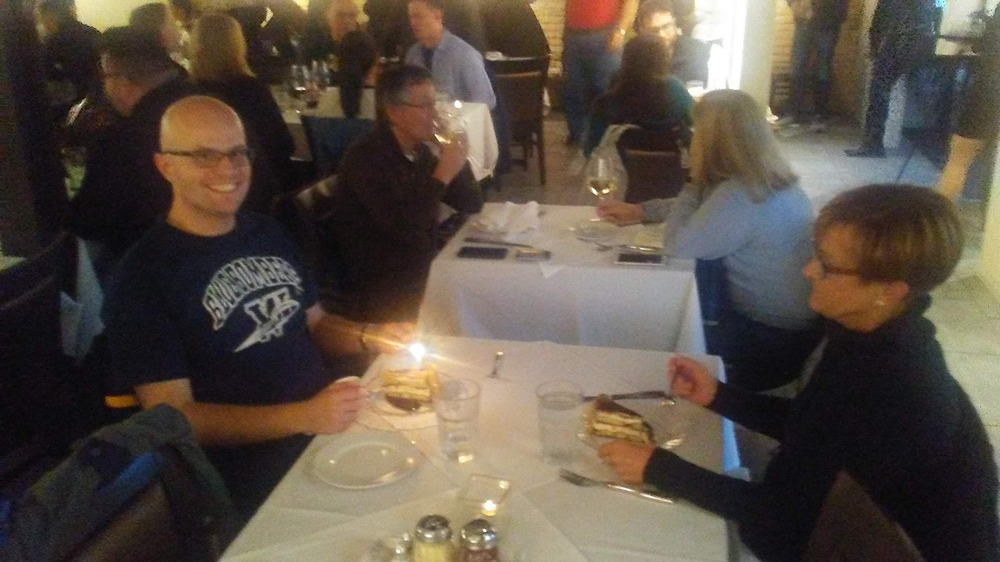 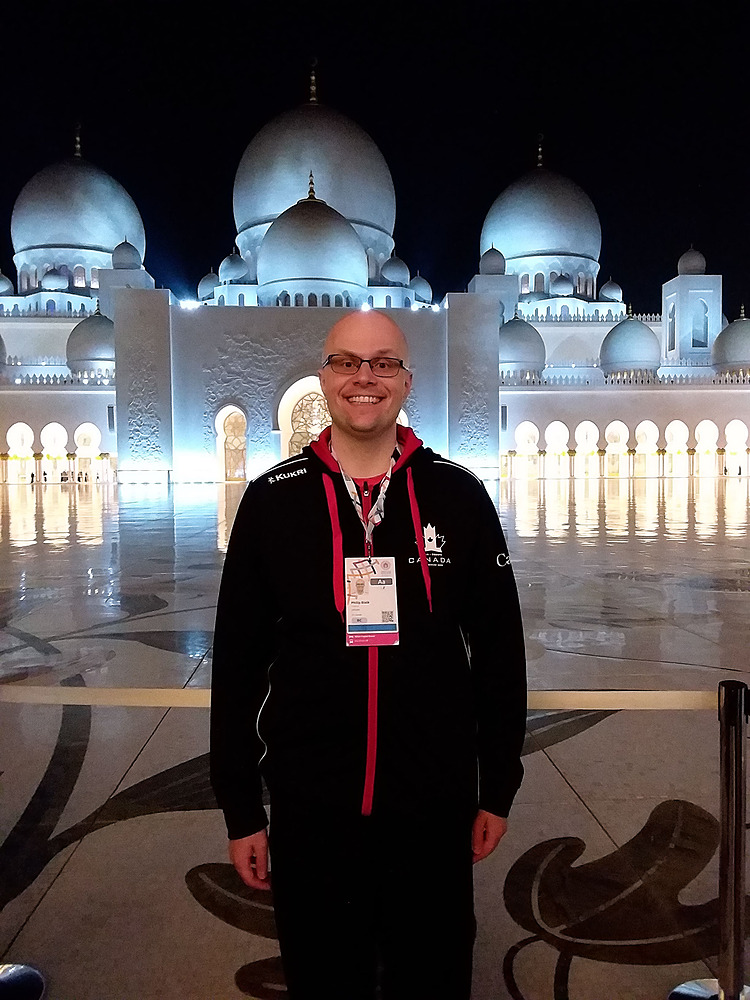 Philip Bialk
Other
September 30, 2021
My deepest condolences go out to Her Honour The Honourable Kamala D. Harris and His Honour Mr. Doug Emhoff on the passing of Dr. Harris. My thoughts and prayers are with the family.
Philip Bialk
Other
September 30, 2021
What a great woman we need more of those strong black women in the world so sorry that she is not longer wíth us She would have been so proud of her daughter Vicepresident Kamala Harris and of course over her other daughter too R I P
EVa
Friend
June 3, 2021
I thought about how very proud you would have been on Inaugurtion Day.

Gloria Dagnino
Admirer of the woman you were and your contributions to All.

Gloria Dagnino
Friend
January 26, 2021
May God bless you and your family in this time of sorrow.
Vice President Kamala Harris
Mother
January 21, 2021
An amazing daughter, mother, sister, friend, doctor, humanitarian, so much more to the universe!
God bless her soul!
Her future generation will definitely carry out her legacy.
Thank God for such wonderful and remarkable individuals in this world; we can never have enough of them.
Lolita Victor
November 12, 2020
In loving memory of a wonderful person. We will love you and miss you always.
Betty J Faulkenberry
Friend
November 9, 2020
I know Dr. Shyamala Harris through her scientific research, which has affected my life and that of all women. The role of progesterone in the progression of breast cancer was revealed by Dr. Harris's research -- truly seminal work. Her legacy, 2 incredibly talented and hard-working daughters who are a much-needed gift to us all. And I'm delighted to learn that she also has a granddaughter, Meena, who will surely continue this family's generous and brave contributions to the sanity and community of our world.
Irene Kuhn, PhD
Coworker
October 8, 2020
Mujer excepcional, digna por su humanismo y autenticidad.
José Luis Martínez Escanamé
October 8, 2020
Thank you Dr Harris.Although we have never met, as I look at Kampala Harris, I see the priceless values that were instilled in her.Thank you for raising this woman of strength ,inspiration, and integrity..Your legacies live on!! Thank God and rest in peace
Claudette Hamilton
Acquaintance
August 24, 2020
RIP. Accomplished scientist. Great mother. Inspiring.
August 22, 2020
SHE HAS MORE THAN LIKELY CHANGED THE COURSE OF HISTORY IN THE USA!!! (PERHAPS EVEN THE WORLD!)
IRENE DASHER
August 14, 2020
Thank you for all you did to prepare your daughter to be our next Vice President of the United States. We desperately need her, and all she taught you. Bless you for being a strong woman and for raising strong women!
Karina Chapman
Acquaintance
August 13, 2020
How proud you must be ! Give my mom, Louise, a hug for me. Hopefully Kamala can get all humans to be treated equally. JoElla (Trinidad, CO)
Jo Ella Valdez
Friend
August 13, 2020
Incredible person
Michael
Student
August 12, 2020
Thank you.
Valerie
August 12, 2020
I am grateful to God for the opportunity I was given to work in Dr. Jack Gorski’s physiology/endocrinology lab in Burrill Hall at the University of Illinois, in Urbana-Champaign with your mother. She was brilliant and well respected in a male dominated research environment. As a teenager, your mom and dad exposed me to the diversity of their relationship and education in a community that was and is still very segregated. To this day I thank them. Your mother asked me to babysit several times for both of you on Prospect Ave. when you were about 2 and 4 years old. It hurt my heart when your family moved to CA, because I was just getting to know you and I know I could have benefited from your mom’s mentoring.
I continue to rejoice in the progress you have made. Her tenacious spirit lives on through you both. I will continue to pray for both of you.
Be blessed, be well.
Sincerely,
Betty Nesbitt (Rowell)
Betty Rowell
Acquaintance
August 12, 2020
Nizhoni...
Leonard Notah
August 12, 2020
Thank you for blessing us with two wonderful daughters, one who will be our next Vice President. Your work is still being done through the strength of the seeds that you have sown.
Deepest Regards,
Saymond Gordon
August 11, 2020
Thank you for giving us your daughter Kamala! Through her, we get to know YOU...! God bless you all! Through you, He blesses us! not only the USA, but the world! xxx
hh
Significant Other
August 11, 2020
Your daughter will become president of the United States of America. Rest in peace.
Rich Tebbetts
Acquaintance
July 30, 2020
Our deepest sympathies. What an amazing and loving soul, demonstrated by all Shyamala gave and accomplished, especially for raising and nurturing such a wonderful family.
Jeff Soukup
March 28, 2009
My deepest symapthy to your family. I work at Berkeley Lab and I know Dr. Shyamala.
Javier Hernandez
March 27, 2009
I had the privilege of working with a wonderful woman. When I was diagnosed with cancer, she was always there for me. She was so inspiring. A pillar of strength and a wealth of knowledge. I have very fond memories of our personal talks and laughing together. I will miss her. I love you Shyamala.
Susan Gisser
March 27, 2009
My deepest sympathy to the Harris family. I work at Berkeley Lab and did not know Dr. Harris personally but I appreciate her for her many accomplishments in life, especially that of a mother, a teacher, an activist, and scientist. God bless.
Melanie Kincaid
March 27, 2009
I had the pleasure of working with Shyamala at LBNL for many years. She was definitely a unique sole and was one of the best mentors of UCB students in the Life Sciences Division. My condolences to her family.
Adele Sylar
March 26, 2009
While I have not had the good fortune to know the rest of Dr Harris's family,or to have ever met Dr Harris, I am fortunate to know Kamala and now have an understanding of where many of Kamala's many wonderful attributes and talents have come from.My love,Angela
Angela Bradstreet
March 26, 2009
My deepest sympathy to your family. I only knew Shyamala as the mother of one of my students and what a great mother she was!
Phyllis Chan
March 23, 2009
My condolences. What a great lady.
Yuhum Digdigan
March 22, 2009
Showing 1 - 34 of 34 results