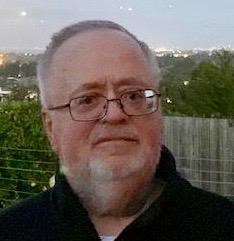 BORN
1950
DIED
2019
Stephen O. MurrayA San Francisco-based sociologist, anthropologist, and independent scholar, died on August 27, 2019 from an aggressive diffuse large B-cell lymphoma. He was born in St. Paul, Minnesota on May 4, 1950 and grew up in Blue Earth, Minnesota. He graduated from the James Madison College within Michigan State University, with a double major in social psychology and in Justice, Morality, and Constitutional Democracy. He earned his M.A. degree from the University of Arizona in sociology in 1975, completed his Ph.D. in sociology from the University of Toronto in 1979, and undertook post-doctoral training in anthropology at the University of California, Berkeley (1980-1982). For more than a decade, he worked as a principal analyst for PSP Information Group, focusing on California county health departments contracting services, especially in mental health. But his primary work and love was his dedication to scholarship and writing.
Steve's publications include studies in sociolinguistics, the history of social sciences (anthropology, sociology, linguistics), and extensive publications on the historical and cross-cultural social organizations of homosexuality. His landmark books for the University of Chicago Press, American Gay (1996) and Homosexualities (2000) investigate the emergence of gay and lesbian lives across extensive geographical places and historical eras, illustrating his broad yet detailed ability to synthesize research and knowledge of cultures and social forces worldwide that shape human behavior and identity. Steve's life work was to seek an understanding and knowledge of the tremendous diversity that exists in the domain of sexuality. And part of his book on African homosexualities, Boy-Wives and Female Husbands, co-edited with Will Roscoe, was turned into a 15-minute performance piece in London by noted playwright Caryl Churchill.
In addition, his many co-edited books and collections of articles on homosexualities in sub-Saharan Africa, Latin America, the Islamic world, Oceanic and Pacific areas including Taiwan and Cambodia show an amazing breadth of knowledge and history in many cultures. Although shy and reticent at times, he never was at a loss for an opinion. He was a prolific critic, writing reviews in print publications and online websites about African cinema, Italian fiction, Japanese culture, and in academic journals about sociology and anthropology books. As his friends would attest, Steve was a loyal, understanding, and loving person, while always enjoying his reputation as a "crusty curmudgeon."
He held positions on the editorial boards of several important social science journals including the Journal of Homosexuality, Sexualities, Histories of Anthropology Annual, and Anthropology Today. He wrote material for encyclopedias and for the online GLBTQ encyclopedia on HIV/AIDS, human sexuality, linguistics, and gay culture. He also was an editor for the Critical Histories of Anthropology book series at the University of Nebraska Press.
Stephen was active in professional academic organizations, and – ever fighting injustice and discrimination – became a founding member of the Sociologists' Gay Caucus (SGC, now Sociologists' LGBTQ Caucus) of the American Sociological Association in 1974. And in 1978, he was involved in the formation of the American Anthropological Association's Anthropological Research Group on Homosexuality (ARGOH; renamed SOLGA, Society of Lesbian & Gay Anthropologists; and now AQA, Association for Queer Anthropology). His activism with both organizations grew from his commitment, while still a graduate student, to bring about visibility for lesbian and gay scholars in the professional associations. He regularly wrote for these groups' newsletters and participated on academic panels, sometimes controversial events in the days when these Associations marginalized gay and lesbian studies and ignored research on HIV/AIDS.
Steve is survived by his younger sister Ona Springer and his nieces, Stacy and Laura, and by his loving spouse Keelung Hong with whom he shared a life since 1981. Together, they were well-seasoned international travelers, visiting historic sites, art galleries, museums, attending symphonies and operas, all the while supporting Keelung's birding activities. Anyone who ever visited their house knew how much they were a couple, supporting each other's interests and careers, even at a moment's notice when Keelung would decide to put together an amazing Chinese dinner for their guests. Conversations about movies, music, and travel; intellectual discussions about politics, literature, science, and scholarship; and good food at home or Sunday brunches at Chinese restaurants, describe their life together and with their friends.
Keelung will continue to contribute to Steve's charities in his honor and donate his archival materials to Homel Center of SF Public Library and other libraries.

Published by San Francisco Chronicle from Sep. 24 to Sep. 29, 2019.
To plant trees in memory, please visit the Sympathy Store.
MEMORIAL EVENTS
To offer your sympathy during this difficult time, you can now have memorial trees planted in a National Forest in memory of your loved one.
MAKE A DONATION
MEMORIES & CONDOLENCES
0 Entries
Be the first to post a memory or condolences.