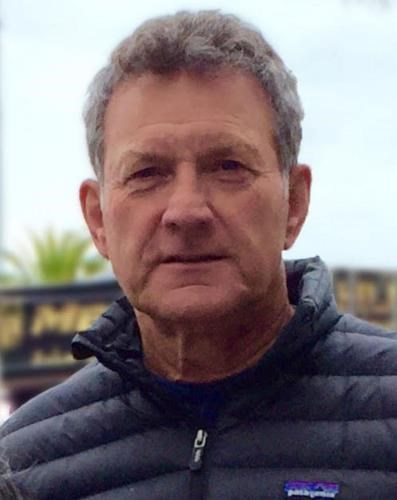 Steven B. Tipping, a highly respected structural engineer and long time resident of El Cerrito, CA passed away unexpectedly on Friday, August 11, while on a mountain bike ride in Wildcat Canyon near his home. Born in Ithaca, New York on November 12, 1947 to Kenneth and Virginia Tipping, Steven spent the majority of his childhood in Salamanca, New York where he graduated high school in 1965. He attended Clemson University, graduating with a Bachelor of Science in Structural Engineering. Thereafter he served as a first Lieutenant in the United States Army, which included a tour of duty in Vietnam. Steven relocated to California in 1972 pursuing a young teacher he met in Europe and married two years later.

In 1983, Steven founded the structural engineering firm Steve Tipping & Associates, known today as Tipping Structural Engineers (TSE). Under the stewardship of Steven, TSE has come to be a widely regarded industry leader in seismic retrofit design, advancing the science and art of structural engineering. TSE has been recognized with 40 local, regional and national awards for excellence. Notable projects include the SF Public Utilities Commission Headquarters, UC Berkeley's Campbell Hall, 680 Folsom, Niketown Union Square, Bank of America Clock Tower and the Moscone Center expansion. Steven pioneered the use of vertical post-tensioning and idiosyncratic seismic isolation systems. He was twice recognized in Engineering News Record's Top 25 news makers and received two Excellence in Structural Engineering Awards from SEAONC (Structural Engineering Association of Northern California) of which he is a past board member and President. In 2014, he was the recipient of the Clemson University distinguished Alumni Award in Civil Engineering. In 1995 following the Kobe earthquake Steven was selected to travel to Japan to study the devastating aftermath. In 2011, the National Park Service chose Steven to lead a team of engineers to inspect and assess earthquake inflicted damage to the Washington Monument. He was a brilliant engineer and an unstoppable innovator.

A life long athlete, Steven was a varsity letterman in basketball, football and track in high school, earning a trip to the New York state finals in pole vault. As an adult he was an avid basketball player, jogger, mini-triathlete, mountain biker and decades long Warriors basketball season ticket holder. He was a lover and patron of the arts. As a young adult he was an amateur photographer, poet, and artist. He did pro bono work for the Berkeley Repertory Theater and was a member of the American Film Institute. Steven was also active in the community, volunteering his time and serving on multiple boards and associations. He was especially active in the Downtown Berkeley Association.

Above all, Steven cherished his relationships with family and friends. He was a devoted husband, father, teacher and mentor. Nothing brought him greater joy than together with his wife, watching his children grow, supporting all their endeavors and traveling the world with them. He was a man of utmost integrity and work ethic, courageous, gentle and humble.

Published by San Francisco Chronicle from Aug. 19 to Aug. 20, 2017.
To plant trees in memory, please visit the Sympathy Store.
MEMORIAL EVENTS
Aug
24
Visitation
4:00p.m. - 6:00p.m.
Sunset View Cemetery & Mortuary
101 Colusa Avenue, El Cerrito, CA
Aug
24
Vigil
6:00p.m. - 7:00p.m.
Sunset View Cemetery & Mortuary
101 Colusa Avenue, El Cerrito, CA
Aug
25
Funeral Mass
11:00a.m.
St. John the Baptist Catholic Church
11150 San Pablo Avenue, El Cerrito, CA
Aug
25
Burial
Sunset View Cemetery
CA
Funeral services provided by:
Sunset View Cemetery & Mortuary
MAKE A DONATION
MEMORIES & CONDOLENCES
Sponsored by Sunset View Cemetery & Mortuary.
13 Entries
My dear cousin, Steven, you’re always near to all of us who love you so. You’re in our thoughts and very missed more than you’ll ever know. Remembering is a form of meeting, and that’s true every day. We feel your gentle presence and miss your loving ways. Susan Pavlock
Susan Pavlock
Family
August 14, 2020
Steve was a very fine customer of mine. One of the nicest and easy going persons I have ever had the honor to do business with. So sorry to hear just today of his passing... Best wishes to Lu and family.
Jeff Michel
Acquaintance
November 28, 2017
I want to offer my condolences. I was fortunate to serve with Steve on the Cold-Formed Steel Engineers Institute (CFSEI) Executive Committee in 2011. He was a very bright and dedicated engineer. I am saddened by the news of this death.

Winston E. (Ed) Kile
Houston, Texas
October 13, 2017
Lu...I am just so sorry to hear about Steve. There are no helpful words for this, only thoughts of just how sad it must be for you and the children. You are all in my prayers. Melissa, Kyra and xiao.
Melissa Hafez
Friend
October 12, 2017
We are very sorry to read about Steve's passing.
My twin sister and I were often at the Tipping house in Salamanca. We were childhood friends with Steve's younger sister Barbara. Of course being the younger ones, we thought Steve was such a kind, handsome, very talented older brother.
We (Bill and I) are very happy to read of Steve's success and beautiful family.

Our heartfelt condolences go out to his family. Our prayers and thoughts are with you during this difficult time.

Sincerely,
Bill and Shirley Hutcheson Green
August 31, 2017
I am so saddened to hear the news of Steve's passing. For the brief time we were neighbors, I am very greatful to both Steve and Lu for always being a warm and welcoming presence, and sharing kind words, smiles, and conversation. I send my condolences and prayers to your family. He is a wonderful man who will be greatly missed.
Jovanne Villamater
August 26, 2017
May the Lord raise you Steve, to his Kingdom of Glory for your Eternal Life will begin. Sending all our Love and Aloha to you Lulu, and your Beautiful Family.
Dina Monberg
August 25, 2017
Heartfelt condolences and prayers to Lu and family. The number of people at the vigil is testimony to how people feel about Steven and Lu. It is obvious that many respected and admired Steven. May the family and friends know that my caring thoughts will be with them.
Christine Hickey
August 25, 2017
Incredibly talented and creative structural engineer that facilitated architecture to speak to the art of the space instead of being chained to conventional solutions that would otherwise stifle enlightened spatial and built environment expression. Our prayers and thoughts are with your family on this tragic loss for all of us. Frank Jesse, AIA, NCARB
Frank Jesse
August 23, 2017
Your wonderful structural design of the San Francisco Public Utilities Commission headquarters on Golden Gate Avenue is a testament to your greatness. I much enjoyed working there in Civil and Structural Design Engineering. Our prayers are to your family forever.
Victor Robert Tonjes
August 22, 2017
I will miss you forever. I am so proud of being your cousin and will always remember riding along with you and Pa when you went to Clemson U. You are loved so much. Susan Pavlock
August 21, 2017
May care and love of those around you provide comfort and peace to get you through the days ahead. My most sincere condolences.
Pat & April Cleveland
August 20, 2017
May you rest, Steven, in the eternal peace of the Lord. God bless you.
Susan and Ricardo Gonzalez
August 19, 2017
Showing 1 - 13 of 13 results