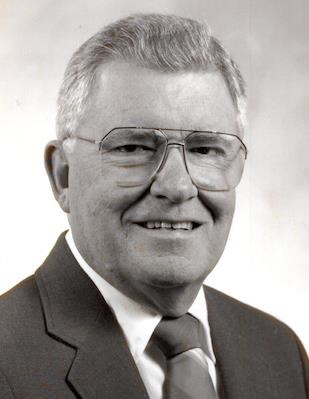 Sheboygan - Richard Louis Hahn, age 88, of Sheboygan, died on Wednesday morning January 27, 2021 at Columbia St. Mary's Hospital in Mequon. He was born in Sheboygan on October 26, 1932, the son of the late Louis and Irma Holling Hahn.

Richard attended local schools and graduated from Sheboygan Central High School in 1951. He then enlisted in the US Navy and served his country as a Telegraphic Operator until his honorable discharge in 1954. On February 11,1956 he was united in marriage to Marjorie Haen in Sheboygan. Richard was employed as a Service Technician for Wisconsin Power and Light for 38 years until his retirement in 1992. He started working at Wisconsin Power and Light shortly after being discharged from the service and worked his way up the ranks. Eventually he became the manager of the Appliance Repair Department. With his leadership the Sheboygan Department became one of the most respected in the State. After retirement he also worked part-time as a driver for Enterprise.

He was a member of the VFW Drum and Bugle Corp. which is where he met the love his life Marjorie. It was love at first sight for him. Rich played the bugle and Marge was the drum majorette for the corp. He was a member of The Elks Club and organized several events for the club. He will be remembered for being the first and last on the dance floor with Marge. Whether it was a Waltz or a Jitterbug they loved to dance. As a member of the Jaycees, he was very active with the original Bratwurst Days that was held at Fountain Park. Years later he was instrumental in organizing the German Days Event for the Jaycees. He was also a member the United Commercial Travelers and he was on the Board of Electrical Engineers.

Rich was an avid bowler and scored a 300 game which he was so proud of. He also enjoyed golfing and was able to golf well into his 80's and was a member of the Legends Golf Club. His other favorite past-time was playing cards. Rich and Marge were members of a neighborhood card club that got together for 40 years and only stopped last year because of the Covid situation. He was an avid Cribbage player and loved playing with his three buddies Murph, Wayne, and Gary.

Rich and Marge enjoyed traveling the country. Their first motorhome was a retired school bus that Rich and some handy neighbors converted into a home on wheels. They later graduated to a 35ft motorhome that they continued to travel in and camp in at many parks across Wisconsin. Later in life they traveled for 17 years to Lake Havasu to spend the winters in the warm weather.

Survivors include his wife, Marjorie; a daughter, Debbi (Rudy) Mahler, both of Sheboygan; two grandchildren Tim (Kristen) Mahler of Sheboygan and Heather (Mike) Davis of Howards Grove; four great-grandchildren Mike, Ali, Tevin, and Ava. a niece, Jenny Haen, of Sheboygan, his two nephews Jeff (Susan) Haen of Cleveland, Wl; Kevin (Andrea) Haen, of Sheboygan. He is further survived by other relatives and friends. Richard was preceded in death by his parents, a brother, James Hahn, brother-in-law and sister-in-law, Ray and Rosemary Haen and a great-granddaughter, Alexis Mahler.

A private entombment will take place at Sunrise Memorial Gardens in the Town of Wilson. A celebration of life will be held at a later date.

A heartfelt thank you is extended to the Doctor's and caregivers at Columbia St. Mary's Hospital, Dr. Coulis, Dr. Miller, Dr. Kerpe, and Dr. Hemsing and their staff for the compassion and care that was given to Richard.

The Reinbold-Novak Funeral Home is assisting the family with arrangements. Online condolences may be expressed at www.reinboldfh.com.

To plant trees in memory, please visit our Sympathy Store.
Published by Sheboygan Press from Mar. 20 to Mar. 21, 2021.
MEMORIAL EVENTS
No memorial events are currently scheduled.
To offer your sympathy during this difficult time, you can now have memorial trees planted in a National Forest in memory of your loved one.
Funeral services provided by:
Reinbold Novak Funeral Home
MEMORIES & CONDOLENCES
Sponsored by Reinbold Novak Funeral Home.
3 Entries
Rich and I were neighbors and C.H.S. Classmates. He was one of the best! Many memories riding in the back of his Dads big green Dodge truck.. Joe G Fond du Lac
Joe Golichnik
March 21, 2021
Debbie, We're so very sorry to read of your dad's passing. It certainly sounds like he led a very productive life. Surely you will miss him. Our sincerest sympathies to you and your entire family!
Mike & Mary LeRoy
March 21, 2021
Marge, It is so sad to hear on the passing of Richard as we did share a lot of good memories camping and the Elk's Club with was it one or two martunie's that is what we use to call them. My thoughts and prayers go out to you and your family at this sad time in your lives. We live in Florida so we don't get back to Sheboygan to often. Lyle E. Watson Sun City Center, FL
Lyle E. Watson
March 20, 2021
Showing 1 - 3 of 3 results