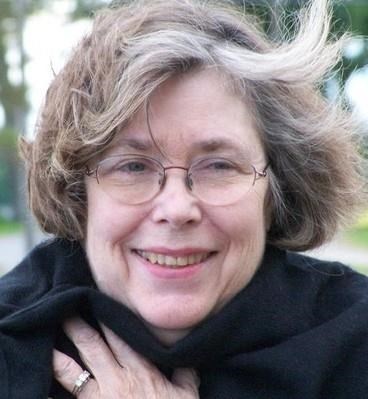 Shreveport - Gertrude Schenck Embree, 78, passed away on Friday, February 9, 2018, in Shreveport, Louisiana. She was born on September 11, 1939, in Dayton, Ohio, to Robert C. and Jane Mead Schenck.

Gertrude was an internationally recognized fiber artist. Her quilts, weavings and soft sculptures were shown locally at the Barnwell Center, The Creative Craft Alliance, Artport and the Meadows Museum of Art at Centenary College. She was an early coordinator of the Red River Revel for many years. She also had wall hangings selected for national juried shows and international tours.

Later in life she became known for her contemporary quilts, modern interpretations of classic designs, as well as original patterns. She was innovative with her use of computers to create highly detailed and complicated designs (she was a founding member of the Shreveport Macintosh Users Group "SMUG"). She was known for her perfect points and precision seams and ability to blend color using fabric. Gertrude was recognized for her creative talents in national juried quilt shows, including the National Quilt Museum in Paducah, Kentucky.

Since childhood, Gertrude spent many summers at Beaver Lake in the Adirondacks. She loved her life on the lake with her wonderful and eclectic collection of lifelong friends and the gatherings of her extended family. She loved dinner on the porch, "Tug Hill Toodles", outings in the kayak, working in the garden, photographing the natural beauty of the woods and sharing it all with her children.

Gertrude was an avid student and player of bridge. She enjoyed the friendship and challenges of the game in Shreveport at the "Bridge House" and in the Adirondacks at Carlowden.

Gertrude was also a talented gardener, a world traveler, a generous volunteer for many organizations and the kind of person who could find something nice to say about everyone.

The family would like to thank Nyeshia Evans, Tiffany Washington, and Vernetta Taylor who cared for Gertrude with great love and professionalism, and the staff of The Glen, especially Debbie Miles, LPN and Jennifer Phillips.

A special thank you to long time caregiver Nichole Flemings. We are forever grateful for the devotion and compassion that you showed our mother. You were there from the beginning to the end and as a result you will always be a special friend and sister.

A memorial service will be held at 4pm, Thursday, February 15, 2018 in the chapel at Broadmoor United Methodist Church, 3715 Youree Drive. Coffee and conversation will follow. 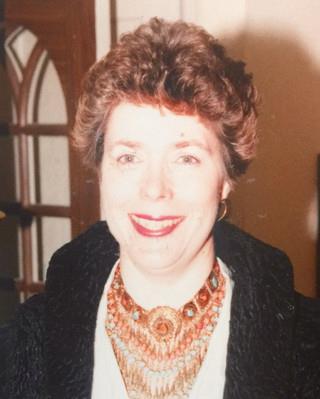 Published by Shreveport Times from Feb. 14 to Feb. 16, 2018.
To plant trees in memory, please visit the Sympathy Store.
MEMORIAL EVENTS
Feb
15
Memorial service
4:00p.m.
Broadmoor United Methodist Church
3715 Youree Drive, LA
Funeral services provided by:
Osborn Funeral Home - Shreveport
MAKE A DONATION
MEMORIES & CONDOLENCES
Sponsored by Osborn Funeral Home - Shreveport.
7 Entries
Mary Clark
February 16, 2018
Larry, wishing you and the family my condolences. Gertrude was such a special soul. Although we have been out of touch these past few years, I have many fond memories of our time together at the Craft Alliance. Rest In Peace, Gertrude
Stephen Forte
February 14, 2018
Dr. Embree
My thoughts and prayers to you and your family. I am truly sorry for your loss.
Nancy Stinchcomb
February 14, 2018
May the God of all comfort continue to comfort and bless you during this time of sorrow and grief Matthew 5:4
Rose B
February 14, 2018
We hope your happy memories carry you through this time.
Ernest Demopulos and Evangeline Phelan
OK Cleaners staff
ok cleaners
February 14, 2018
Gertrude was a special part of the very fabric of life at Beaver Lake and Number 4, and she will always be part of our hearts. I have uncounted beautiful memories of this wonderful friend.
Love to her family.
Carolyn Malkin
February 14, 2018
Graceful. Gracious. I remember Gertrude as a woman of quiet strength and understated elegance. One could use the same words to describe her art.
I have so many fond memories of our years together at the Craft Alliance in Shreveport and I cherish the woven pieces of hers that I have in my home.
Roger Runge
Friend
February 13, 2018
Showing 1 - 7 of 7 results