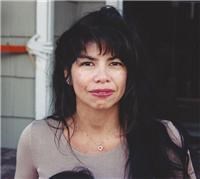 Cyndi Terese Garcia-Posey, 55, passed away on Friday, December 12, 2014 after a more than four year battle with breast cancer. She was born in 1959 in Hollywood, CA. She graduated from Fontana High School in Fontana, CA. She studied Kinesiology at UCLA and was working in that field when she met her husband, John, in 1990.

Several years later she became a business and guidance manager to her young son, Tyler, as he began his acting career in the entertainment business. She and Tyler traveled North America together for ten years, working in television and film. She also found time to be a team mom during son Jesse's youth baseball career.

Due to the family involvement in the entertainment business, Cyndi homeschooled both boys. She also counseled numerous other families seeking guidance for their children's entertainment careers.

She later turned to screenplay writing with her husband and was a life-long artist and crafter, who taught classes through her Santa Clarita Craft Lab.

Recently Cyndi joined It Works Global, a health and wellness company, as an independent distributor and was enjoying great success there when stricken.

A resident of Santa Clarita for 25 years, Cyndi leaves behind three sons: Derek, 34, a health and wellness distributor; Tyler, 23, an actor; Jesse, 20, a college student and baseball player. She also leaves behind her husband, John, an actor-writer.

Cyndi had a huge heart and possibly an even bigger smile and was a true inspiration to the many hundreds of people whose paths she crossed in life. She had an endless passion for life and happiness. And she loved to dance. Oh ~how she loved to dance!

The Signal, December 28, 2014
Sign the Legacy online guestbook at www.signalscv.com
Published on signalscv.com December 28, 2014 to January 3, 2015
Published by Santa Clarita Valley Signal on Dec. 28, 2014.
To plant trees in memory, please visit the Sympathy Store.
MEMORIAL EVENTS
To offer your sympathy during this difficult time, you can now have memorial trees planted in a National Forest in memory of your loved one.
MAKE A DONATION
MEMORIES & CONDOLENCES
Sponsored by john Posey.
35 Entries
Rip
L Starkey
Friend
November 15, 2020
Rip
L Starkey
Friend
November 15, 2020
QUE DIOS TE TENGA EN EL CIELO. ERES UN ANGEL.
HECTOR ANTHONY VASQUEZ
Friend
October 26, 2020
Always in my heart, Mujer! Miss your sassy soul, everyday!
Yoli Manzo
Friend
December 22, 2019
I never knew you but I want to thank you for the good energy you and your family passes on to the world ❤ gone but never forgotten
Jamie Bena
Student
November 28, 2019
You left beautiful children behind, but then you were a beautiful woman who fought valiantly. Rest in peace lovely lady. Sending love to you
yvonne annakin
September 1, 2019
R. I. P CYNDI, XX
Debbie Mckenna
August 28, 2019
May you rest in peace. To the angel with the heart of gold. AMEN.
Carol Williams
February 18, 2019
Cyndi Garcia-Posey is one of the strongest people I know. Her perseverance throughout out her battle will not be forgotten. My thoughts and prayers go out to you, her wonderful family. I cannot imagine how much of an impact that this has had on you, but I will be there for you the whole way. Not only has she created to kindest, most amazing children, but she has also gave me strength to carry on in my passions. I will always remember Cyndi Garcia-Posey as a wonderful wife, caring mother, and huge role model to everyone she has met.
Joy Ren
December 2, 2017

Ali Salehkarimi
January 26, 2015
I have to say that I'm really sorry about what happened for her and her family and on the one hand appreciate her strength for fighting for life (as like as I can see in my mother too). It could remind me " Your suffering is my suffering " like a mother having her baby love.
Ali Salehkarimi
January 26, 2015
I'm sorry for your tragical loss. It's really hard to talk about losing mother . It could cause a kind of deep pain . But I Hope that her gentle memories will be scent salve for this pain.
January 12, 2015 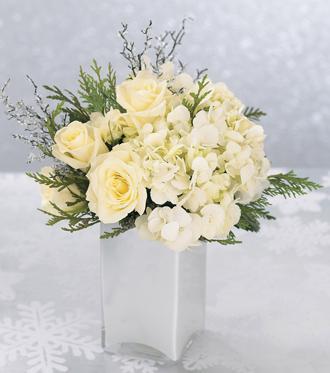 Im so sorry for the loss. She passed away on my birthday ;( I feel so bad:(
Tina Bolstad
January 10, 2015
Liana L
January 4, 2015
i just found out about Cyndi's passing, and am so shocked. We used to tweet every now and then about the family. My condolences and sympathies to you, John, and to your sons. She loved you all so much.
Jonathan Garza
January 4, 2015 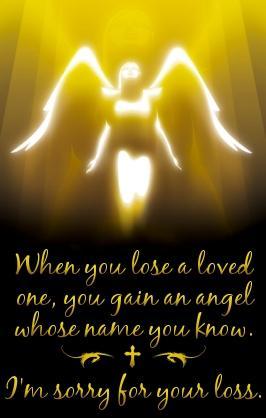 Maria Driva
January 4, 2015
I love you!!! I hope you are okay up there in heaven with other family. I know you are watching down on us! Love you and good luck to your sons!!
Sara Jesus
January 3, 2015
I am so sorry for the loss of this lovely woman. Watching her son Tyler Posey on television makes me feel as if I was close and dealing with he pain from her loss is like dealing with the loss of a real family member!! Again I am so sorry for your loss and I hope for better days to come to you Tyler and your family!!! <3
Sara Jesus
January 3, 2015
I'm so sorry for your loss Tyler. She was an amazing and caring woman, who is now an angel with her wings. Rest in Peace beautiful Cyndi.
Kathleen
January 1, 2015 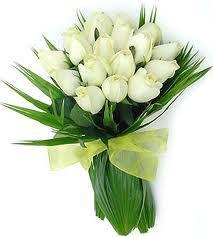 We will pray for you and your family. God has a reason to all that he does, may be this time he decided for your mom so that she can take rest however, she will always be a part of our thoughts and will be cherished in our heart.
My Love for Jesse and Tyler from Brazil <3
Daniela Ferro
January 1, 2015
Edith Dunning
January 1, 2015
My condolences to her family and friends. God bless you, Cyndi. You're a great fighter.
Jessica Villena Ferral
December 31, 2014
Janett Brodie
December 31, 2014
sending much love to tyler xo <3 I am so sorry for your loss,she was a beautiful,sweet woman. nobody can quite feel what you feel,but I assure you,now she has her wings <3
Serena Riley
December 30, 2014
Rest in eternal peace with the Lord, knowing you left footprints of love behind for an eternity.
Josephine Vella
December 30, 2014
My condolences to her family and friends.
Matt Kleist
December 30, 2014
I'm so sorry for your loss Tyler I hope your mom has a thousand riches in hevan
lily collins
December 30, 2014
You are no longer in pain. May you rest in Gods arms. And may God bless your family.
December 29, 2014
- -
December 29, 2014
Rest in peace sweet, beautiful Cyndi. You were a fighter that inspired many people with your love. Thank you.
Ellis Oprea
December 29, 2014
May your family find peace and solace. May you rest peacefully in God's grace. She had a warrior's heart.
Kerri Petrie
December 29, 2014
UMUU

Hola quiero darle mis sinceras condolencias a sus familias pero ala ves un mensaje reconfortado registrado en la palabra de Dios en hecho 24.15 que dice habrá resurrección tanto de justo como de injusto ustedes pueden disfrutar de esas maravillosa promesa en un futuro no lejano si se adhieren ala palabra de Dios y cumplen sus justas normas pero ala ves estamos Horando por ustedes para que dios que da las fuerzas que es Mas Halla de lo normal les de paz y tranquilidad teniendo sienpre fe en lo que dice la biblía
December 29, 2014
Rest in Peace Beautiful lady. I'm saddened to hear about your passing. You were such an inspiration to all that knew you. I'm glad I had the pleasure meeting you at Heritage Oral Surgery. You always had a bright smile on your face. May your family find comfort in knowing you are no longer in pain and suffering. Pink is the color of hope, We need to find a cure
Robin Silver
December 28, 2014
Cyndi you lit up the world with your smile. You were a hero to so many who loved you and hope that you knew this.
Your big heart and positive way of living your life is an inspiration to so many.
You were the best Mom, Wife and Friend.
You will be missed by so many.
Love Judy Kessler
December 28, 2014
My heart still aches for my friend. I will truly miss you, chica! I feel so very blessed to have had you in my life. There are no accidents, and I thank the universe for bringing us together. Your laughter, smile and awesome sense of humor will continue to make me smile. Until we cross passes again, I love you, craft, wrap, and party on....
Yoli Manzo
December 28, 2014
Showing 1 - 35 of 35 results