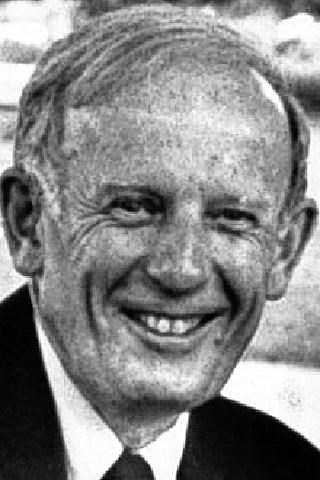 SOUTH BEND - Kenneth Lynn Perrin, age 80, of Annapolis, Maryland, passed away on February 8, 2018 at Anne Arundel Medical Center. Ken was born on July 29, 1937 in Los Angeles, California to Freeman Whitaker Perrin and Lois Bowen Perrin, and spent his childhood in the San Gabriel Valley of California.

Ken graduated from Occidental College in 1959 with a degree in psychology. He received his Master's Degree in speech pathology from California State University, Long Beach in 1964 and his PhD in Speech and Hearing Sciences in 1969 from Stanford University Medical School.

After chairing the Department of Communicative Disorders at the University of the Pacific for several years, Ken became Director of Education and Scientific Programs at the American Speech-Language-Hearing Association in Washington DC. He then went on to be President of West Chester University from 1982 to 1991, President of the Council on Postsecondary Education in Washington, DC from 1991 to 1993, and Chancellor and Senior Vice President at the University of Hawaii from 1993 to 1997. Ken ended his career as Chancellor of Indiana University South Bend from 1997 to 2002.

In all his university positions, Ken's main emphasis was on students and how he could help them reach their full potential. He kept in touch with many of them over the years and was very proud of their accomplishments.

Among his many awards, Ken was a Fellow of the American Speech-Language-Hearing Association and received the Distinguished Alumni Award from California State University, Long Beach.

Ken was passionate about helping others. He helped countless young people realize their dreams of getting into college. Ken always was very active in the local communities in which he worked, such as serving as Chairman of the United Way Campaign in West Chester, Pennsylvania, member of the Board of Directors of the Lyman House Museum in Oahu, Hawaii, and serving on the Board of Directors of the Memorial Hospital of South Bend, Indiana. One of his favorite activities was Brian's Run, a 10k run to benefit the handicapped. He initiated West Chester University's participation in this event which continues to this day.

Ken and his wife Shirley retired to Annapolis, Maryland in 2002 to be close to most of their grandchildren and to participate in one of their favorite activities, sailing. Their sailboat, Windwalker, brought him much joy and their grandchildren even more. Ken was a master storyteller and filled a room with his big personality. He loved to spend time with his friends and family telling stories, listening, and making everyone laugh. His ability to carry a conversation on practically any topic was second to none. He will be missed dearly by all who knew him.

A celebration of his life will be held at a later date. In lieu of flowers contributions may be made to the Stanford University Cancer Discovery Fund, in memory of Kenneth Perrin, online or by mail to Development Services, P.O. Box 20466, Stanford, CA 94309.

Published by South Bend Tribune from Feb. 17 to Feb. 18, 2018.
To plant trees in memory, please visit the Sympathy Store.
MEMORIAL EVENTS
To offer your sympathy during this difficult time, you can now have memorial trees planted in a National Forest in memory of your loved one.
MAKE A DONATION
MEMORIES & CONDOLENCES
4 Entries
Dr Perrin was a riveting instructor at the University of the Pacific when I was in grads school. My college roommate couldn’t decide on a major. I told her if she went in to talk to Dr Perrin, she would surely major in speech pathology! And she did!
Kitty Minroe
Student
January 23, 2021
The smile on your face reveals the true, wonderful human being that I had the honor to get to know and call a dear friend. You have touched many lives personally and professionally, mine included, with you kindness, compassion, and wisdom. We miss you. Our thoughts and prayers are with your loving wife, Shirley, and the rest of your family.

Reza Espahbodi, Williamsburg, VA
Reza Espahbodi
February 24, 2018
My condolences to Shirley and family.
Kevin MacDonald
February 21, 2018
I am so saddened to hear of the passing of this wonderful man. I had the honor of working with Chancellor Perrin when I was a member of the IUSB alumni board. He embraced our campus and its students from the first day he stepped on campus. He and Shirley were truly a team, and represented IU with enthusiasm and an energy that helped IUSB grow into the beautiful campus it is today. My thoughts, prayers, and gratitude go to Shirley and family. Thank you for sharing your time and love to our university and community.
Cherie Leatherwood-Smith
February 18, 2018
Showing 1 - 4 of 4 results