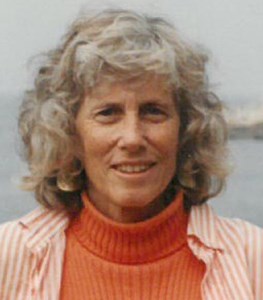 FUNERAL HOME
Pyne Keohane Funeral Home - Hingham
21 Emerald Street
Hingham, MA
Margaret Bemis "Mardi" Rose, of Hingham, died December 28, 2017. Born St Louis, Mo, grew up in Brookline and Cohasset, Mass. Mardi attended Windsor high school where she held the record of most goals scored in Field Hockey for many years. In 1949 she earned a B.A from Stanford University with a major in pre-Architecture. In 1953 she became the first Woman to earn a masters degree in city planning from Yale University. From 1954-1958 she worked as an Associate city planner for Baltimore County Maryland. She married in 1955 and had three sons. After 1960 they lived abroad in Sweden and England, before returning to the United States in 1975. She became deputy director of the Samaritans, working to introduce the program to the United States. During the 1980's she was involved with Cambridge Living Options for Elders (CLOE) She also visited many parts of the world as a participant of Earthwatch expeditions. Mardi loved animals, the environment, and staying active. She was a sweet, kind and generous woman. Mardi will be greatly missed by all who knew her. Former spouse of the late John Rose. Loving mother of Lochlan Houghton Rose and his wife Eileen of Illinois, Gregg B. Rose of Hingham and Garth Anders Rose and his wife Elizabeth of Ojai California. Cherished sister of F. Gregg Bemis Jr. And his wife Lisa of Santa Fe New Mexico. Loving grandmother of Spencer, Maisie, Liam, Braxton, Teagan and Faith Rose. Relatives and Friends are respectfully invited to attend a gathering at the Sons of Italy Lodge 88 Chief Justice Parkway in Hingham on Saturday, January 20, at 12:30 p.m. with a memorial service at 2 p.m. In lieu of flowers, donations in memory of Mardi maybe made to Norwell Visiting Nurse Association and Hospice 120 Longwater Drive, Norwell, MA 02061 or to Planned Parenthood League of Massachusetts, 1055 Commonwealth Ave., Boston, MA 02215. See www.Keohane.com or call 1-800-Keohane for directions and online condolences.
Published by The Patriot Ledger on Jan. 15, 2018.
To plant trees in memory, please visit the Sympathy Store.
MEMORIAL EVENTS
Jan
20
Memorial Gathering
12:30p.m.
Sons of Italy Lodge
88 Chief Justice Parkway, Hingham, MA
Jan
20
Memorial service
2:00p.m.
Sons of Italy Lodge
88 Chief Justice Parkway, Hingham, MA
Funeral services provided by:
Pyne Keohane Funeral Home - Hingham
MAKE A DONATION
MEMORIES & CONDOLENCES
Sponsored by Pyne Keohane Funeral Home - Hingham.
2 Entries
Our sincere condolences to the Rose family in the loss of your dear love one. Our prayers are as yours, that God provide his care and comfort you each day. - Ps 145:18,19
January 22, 2018
She and her Bemis generation has blessed us younger ones our while lives. I send my smiles and thanks from southern Cal. Andy Wiggin (Alan Cogswell Bemis to Alice Bemis Wiggin to Andrew Gregg Wiggin)
January 16, 2018
Showing 1 - 2 of 2 results