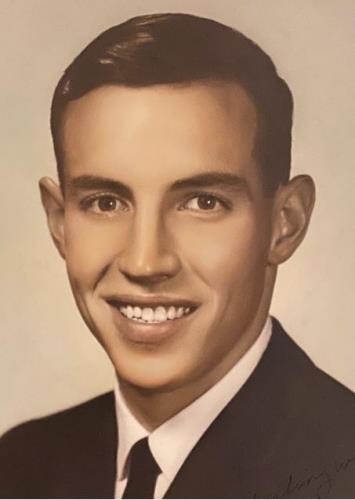 It is with great sadness that we announce the passing of Tom on July 17, 2021.

Tom was born August 20, 1941, in St. Louis, Missouri to Robert and Maxine Hundhausen. He spent his formative years in Spokane, Washington before the family moved to Hayden Lake, Idaho in his late teens. After graduating high school, Tom attended Idaho State University and the Kinman Business School. In 1961, Tom joined the US Navy and was stationed in Seattle and eventually Idaho Falls. On July 17, 1965, in Idaho Falls, Tom married Jeanne K. Hutchings. The newlyweds moved to Yakima, Washington. Weeks after their son, Richard, was born in 1968, they relocated to Twin Falls, Idaho. After the passing of his wife in 1988, Tom moved back to Hayden Lake, where he spent time renovating a historic home. He then moved to Coeur D'Alene, and eventually Nyssa, Oregon. He spent his later years finding and selling antiques and collectibles.

Tom is survived by his son, Richard Hundhausen and daughter-in-law Kristen of Boise, ID. He had five grandchildren: Sawyer, Blaize, Berlin, Isla, and Esmay. He is also survived by sister Phyllis Taylor and brother-in-law Greg, of Spokane, Washington, as well as numerous nieces and nephews. He was preceded in death by his wife, daughter, parents, and two brothers.

Please share your photos and stories of Tom at Remembered.com
Published by Spokesman-Review on Aug. 4, 2021.
To plant trees in memory, please visit the Sympathy Store.
MEMORIAL EVENTS
To offer your sympathy during this difficult time, you can now have memorial trees planted in a National Forest in memory of your loved one.
MAKE A DONATION
MEMORIES & CONDOLENCES
1 Entry
Thank you for your service to our country. Rest In Peace.
Washington State
August 4, 2021
Showing 1 - 1 of 1 results