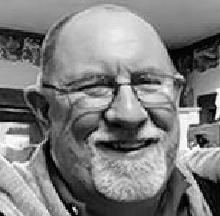 Central High School. He was an avid sports enthusiast. He played on many baseball, softball and soccer teams and was a serious bowler and golfer. When he wasn't playing, he was watching. He was at every game and event giving encouragement to his nieces and nephews. Ultimately, his favorite role was being Uncle Jeff and they thought he gave the best bear hugs and snuggles. He worked for years at Advanced Technology Products but was best known for his many years at Meeks Sporting Goods. Survivors include his five siblings and spouses, Randy Clouse, Debbie and Carl Bumgarner, Therese Talley, Chris and Steve Paul and Pat Clouse; two sisters-in-law, Linda and Pam Clouse; 14 nieces and nephews, Lori, Lisa, Dave, Scott, Carie, Brett, Bryan, Shane, Kelly, Joe, Bridgette, Adam, Ashley and Taylor; 10 great-nieces and nephews, Morgan, Makenna, Sophie, Dash, Grace, Grayson, Stella, Vaughn, Keegan and Vaida. He was preceded in death by his parents; two brothers, Rick and Gerry Clouse. Private family services will be held. Arrangements by CONROY FUNERAL HOME.
Published by Springfield News Sun on Mar. 14, 2021.
To plant trees in memory, please visit the Sympathy Store.
MEMORIAL EVENTS
To offer your sympathy during this difficult time, you can now have memorial trees planted in a National Forest in memory of your loved one.
Funeral services provided by:
Conroy Funeral Home
MAKE A DONATION
MEMORIES & CONDOLENCES
Sponsored by Conroy Funeral Home.
6 Entries
I am very sorry to this news. He was a very nice guy.
Jack Condron
Classmate
March 18, 2021
Jeff was a kind and sweet man but it’s his smile that I think about and will always think about.He had a great smile that lit up a room or place.My heart goes out to the entire family at this difficult time.
Chris Nicewaner
Acquaintance
March 15, 2021
Therese so sorry for your loss.
Jan Vaughan
Neighbor
March 15, 2021
There wasn’t a nicer person in this world than Jeff. I not only had the pleasure of being a friend of Jeff’s since our teen years, but I also worked with him for the better part of 25 years. Even though we were longtime friends, he always greeted me with hand shake and a big ol bear hug!
I will never forget our softball playing days, and golfing with Jeff on most Sunday’s for the past 15-20 years! You I’ll be missed Brother! R.I.P.
Duane Campbell
Friend
March 14, 2021
A good man with a kind heart, Jeff will be missed.
R.I.P. Jeff
Mark Stoll
Mark Stoll
Friend
March 14, 2021
Jeff was an icon at Meeks with Don and the gang. He serviced the entire clark county community and was the number one guy for helping South H.S. and Greg Newland
greg newland
Friend
March 14, 2021
Showing 1 - 6 of 6 results