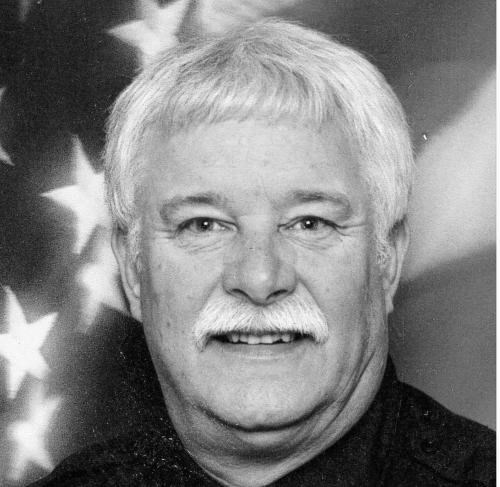 Curtis Kornfuehrer was born in Austin, TX at the original St. David's Hospital on December 2, 1951. He attended Travis High School until Crocket High School was built and then graduated in 1970. Curtis earned his degree in Criminology from Southwest Texas State. He was employed by the Travis County Jail while attending SWT State, moved to the Travis County Sheriff's Department for three years until finally becoming an Austin Police Department Officer. Curtis retired from APD as a Lieutenant in 2005.

Curtis loved all kinds of music and enjoyed his years playing in bands with different friends. The last band he played with was with a group of fellow Austin Police Department officers and the band's name was Undercover. He had a love / hate relationship with golf and never gave it up.

Curtis was a wonderful father, son, husband, brother, and cousin who had many friends he cherished. He considered his greatest accomplishments to be his two children who he loved unconditionally and always supported.

Curtis is survived by his wife Sandi, son Ben, daughter Taylor, brother David and father Stanley Kornfuehrer and many extended family members. He will be deeply missed by his family and friends.

Condolences may be sent to: www.harrellfuneralhomes.com.

Published by Austin American-Statesman from Mar. 16 to Mar. 18, 2014.
To plant trees in memory, please visit the Sympathy Store.
MEMORIAL EVENTS
Mar
16
Visitation
5:00p.m. - 7:00p.m.
Harrell Funeral Home of Austin
4435 Frontier Trail (at South Lamar and Ben White), Austin, TX
Mar
17
Funeral service
1:00p.m.
Harrell Funeral Home of Austin
4435 Frontier Trail (at South Lamar and Ben White), Austin, TX
Funeral services provided by:
Harrell Funeral Home of Austin
MAKE A DONATION
MEMORIES & CONDOLENCES
Sponsored by Harrell Funeral Home of Austin.
9 Entries
Curtis was my Sgt. He was always a great person to work for and know. God Bless you .
Scott Solomon
May 27, 2014
My heart has been broken learning of the passing of my best friend, and former husband. I remember his generous heart, his values that he held steadfast to, his wonderful laughter and kindness. My heart goes out to his father, Stanley, who Curtis adored and loved, and his brother David, who was his best friend. May his family find peace and strength from the Lord and may His most gracious love and peace fill their hearts. May he find joy and peace being with his mother, Earnestine and sister-in-law, Susan, for I know he loved them very much.
I am so blessed to have had him in my life as a friend and husband, and I will always remember the great times we had together. Rest in Peace my friend, until we meet again
Carolyn Brack
March 25, 2014
Curtis and I coached our boys in Little League. It was a blast. We had fun each year we coached together. Curtis was always fair, eager to teach, and enjoyed watching them play. I also recall the spooky Halloween music he played on the synthesizer. To me he was just fun to be around.
Joe Peters
March 20, 2014
My thoughts and prayers go out to all family and friends. I can't remember a time from junior high through my early 20s that Curtis was not a part of my life in some way. He was a great friend and will always hold a special place in my memories.
Debra Solt Godina
March 17, 2014
My dear friend since childhood...I will always remember us as children playing box hockey and four square at Joslin Elementary. And then our friendship continued all through Porter Jr. High and on to graduation at Crockett High. I will miss you dearly. Rest in peace.
With love,
Beverly Hightower- Lanier
March 17, 2014
Curtis and I went to Travis High until he transferred to Crocket. I remember Curtis as a good man, well-respected and would do anything to help anyone. Many good memories to help celebrate his life.
Sam Kipple
March 17, 2014
Curtis was a fine man and a reliable officer. He was a Charter member of a shift of officers nicknamed " The South Austin Wrecking Crew "" After a series of critical incidents involving them in a single 26 day shift. This shift worked very close together and played together off duty and he was an integral part of all the activities. He was well liked, well respected, and will be missed. Via con Dios old Friend

Andy Anderson
March 17, 2014
Curtis was a classmate at Porter Junior High. I do remember then as a very nice guy. I am sorry for your loss. He was a nice guy way back then.

Carroll Mixson
March 17, 2014
May your hearts soon be filled with wonderful memories of joyful times together as you celebrate a life well lived.
March 17, 2014
Showing 1 - 9 of 9 results